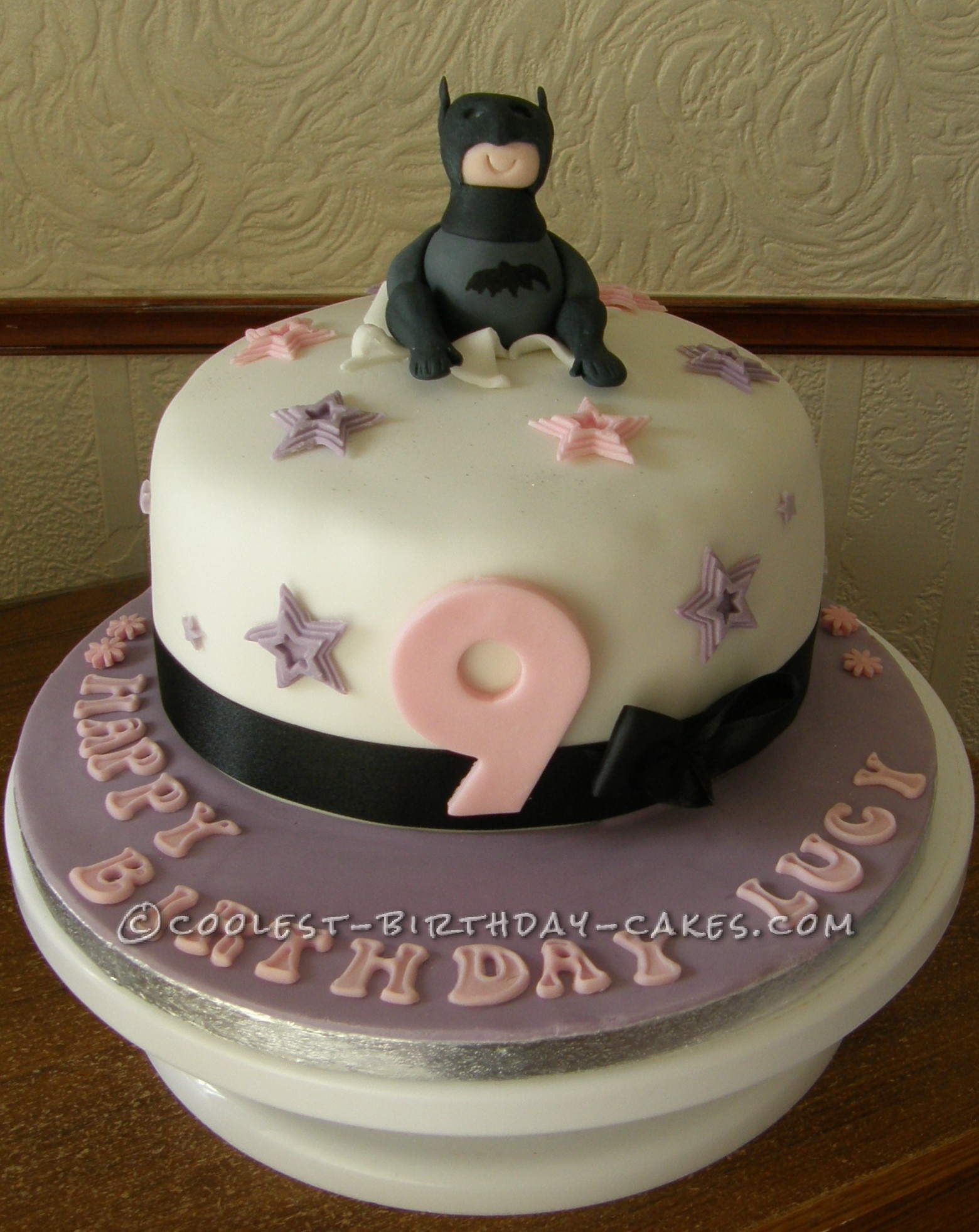 It was due to be my niece’s daughter’s birthday and she is 9 years old. I was asked to bake a cake for her birthday.

I had to make the Batman first so it would dry out. I modeled the top half of the body using a dark grey color and made the arms, then using a black icing I had colored earlier, I made the gloves and the neck. Now using a pink I made the head. I made it slightly smaller because I needed to add another layer of icing in black for the mask. When I made the mask I then made the ears to the mask.

I then made a number 9 in pink icing and set this aside to dry out. I then cut out stars in pink and lilac for the decoration. I now needed to cut out and shape the triangle pieces to make it look like Batman had burst through the cake and I set these aside to dry out too.

I covered the cake board in lilac icing and cut out the wording in pink the wording was then set aside. I baked a vanilla sponge cake and filled with jam and butter cream. When it had cooled I then covered in butter cream and placed in the freezer to chill. I then covered in white roll out icing and set aside to harden for a few hours. I then fixed a black ribbon around the base of the cake and made a small black bow and attached this to the ribbon. 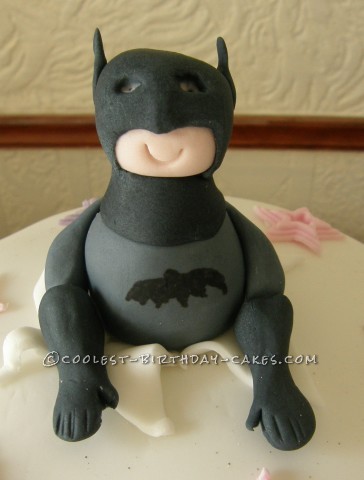