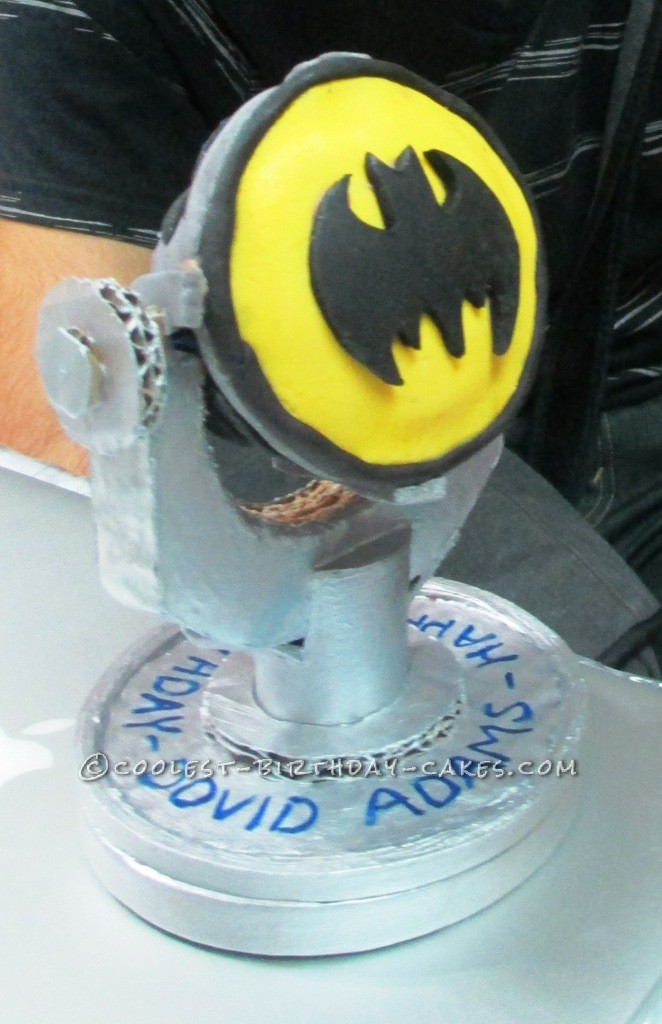 He loves Batman comics! I had to make him something connected to Batman for his birthday cake. When I saw a picture of a Batman projector on Google images, I knew I could make that out of a cupcake!

First I made cupcakes (enough for everyone – but only the birthday boy’s was decorated).  Then I covered the cupcake in gray fondant on the sides and bottom, and black and yellow fondant for the top and bat symbol, and black for the “vents” on the sides.

The whole base is made out of cardboard and glue, then painted silver. There is a skewer connecting the cupcake to the base. The base actually swivels too! He thought it was amazing! I gave it to him a few days ago and he still hasn’t eaten it! 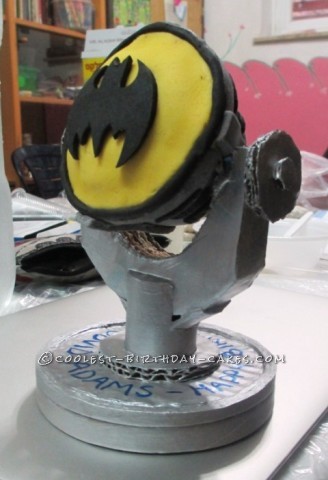