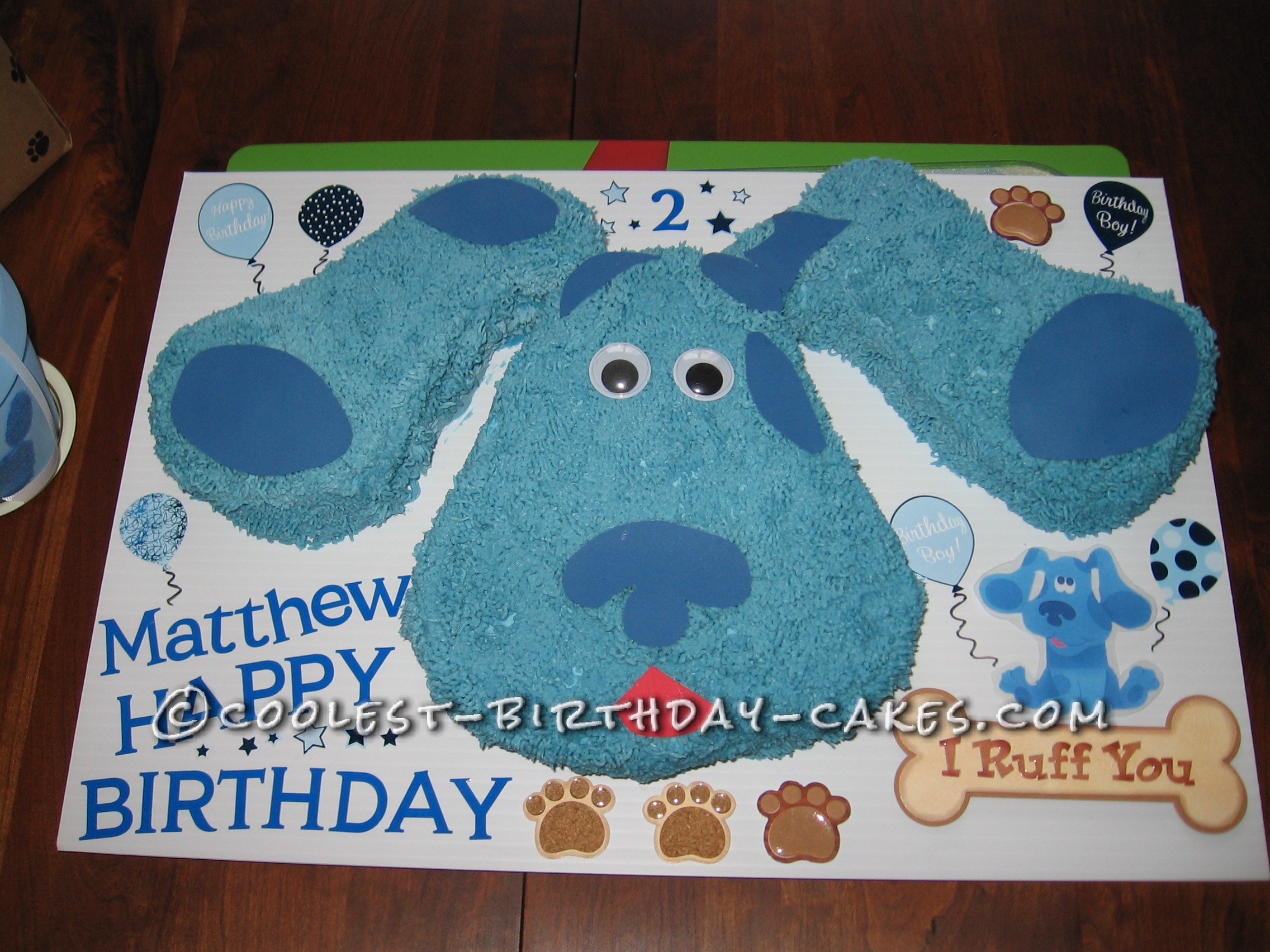 I made a Blue’s Clues birthday cake for my grandchild’s 2nd birthday. I used a white cake mix and baked it in two round pans. Cool the cakes on a cooling rack and freeze.  Freezing the cake makes it easier to cut out the shape from the template. I made a template the shape of Blue’s head from butcher paper. I glued the template to cardboard and laminated it so it can be used again. I then used the template to cut the cakes and returned them to the freezer.

I made a cream cheese buttercream icing and crumb coated the cake. Return the cake to the freezer until the icing sets. When ready to decorate remove the cake and place it on a cake board. I purchased the cake board and decorated it with stickers. I then decorated the cake using the Wilton star tip. I used plastic google eyes and cut out editable paper for the nose, ears and tongue.

I completed the party decorations by making  Blue’s house out of large box. I used a small box to make the mail box,  however, it may be easier to purchase a cardboard mail box from a craft store. I painted two small flower pots blue and glued paw prints cut out of felt on both sides. I filled the flower pot with graham crackers shaped like dog bones. The flower pots were placed on each side of the cake.

This is an easy cake to make. If I can do it anyone can. I have found that cake mixes are easier to work with as compared to making them from scratch. However, I always make my icing rather than use store bought icing because I like the taste of cream cheese butter cream icing. 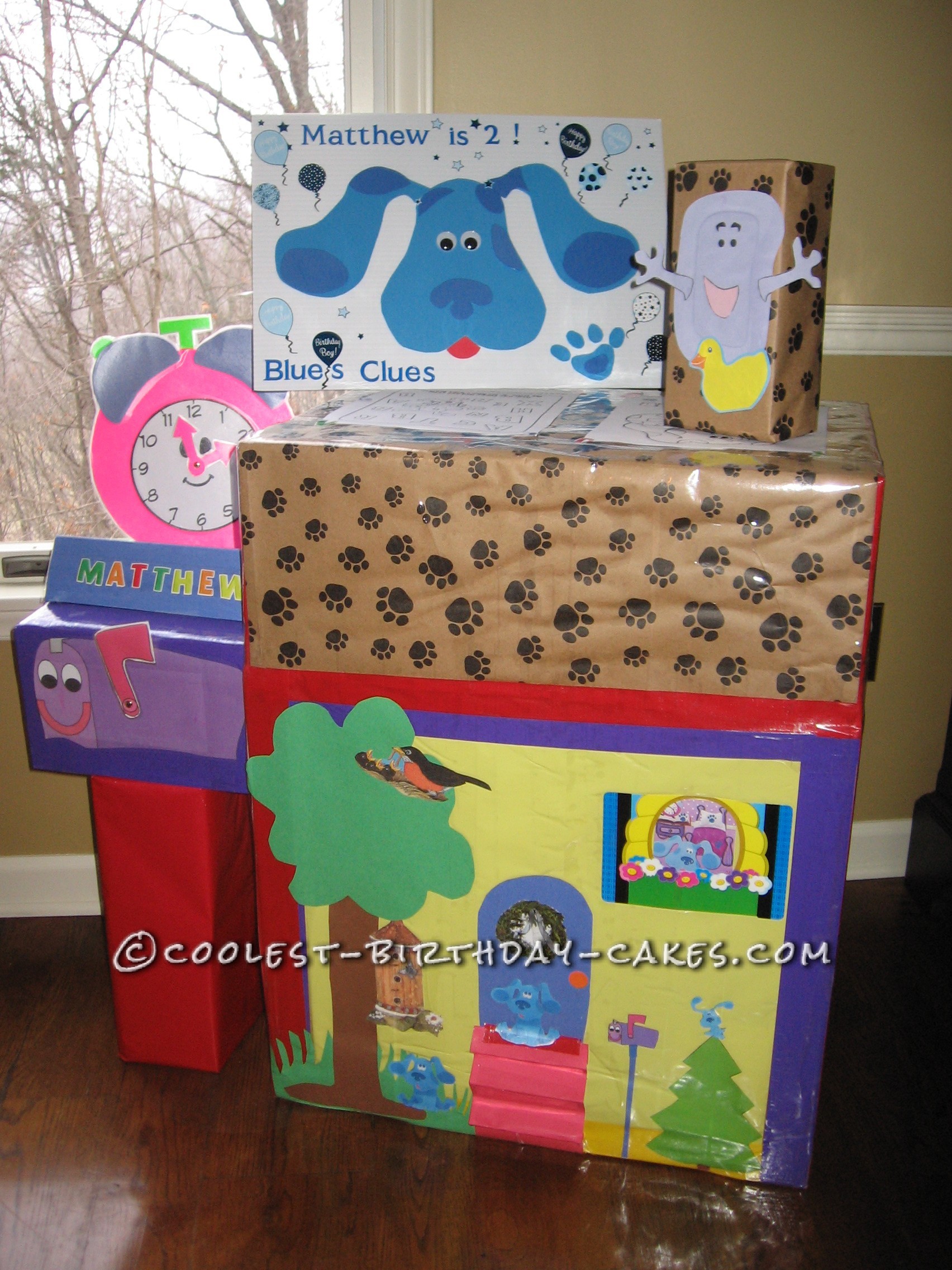