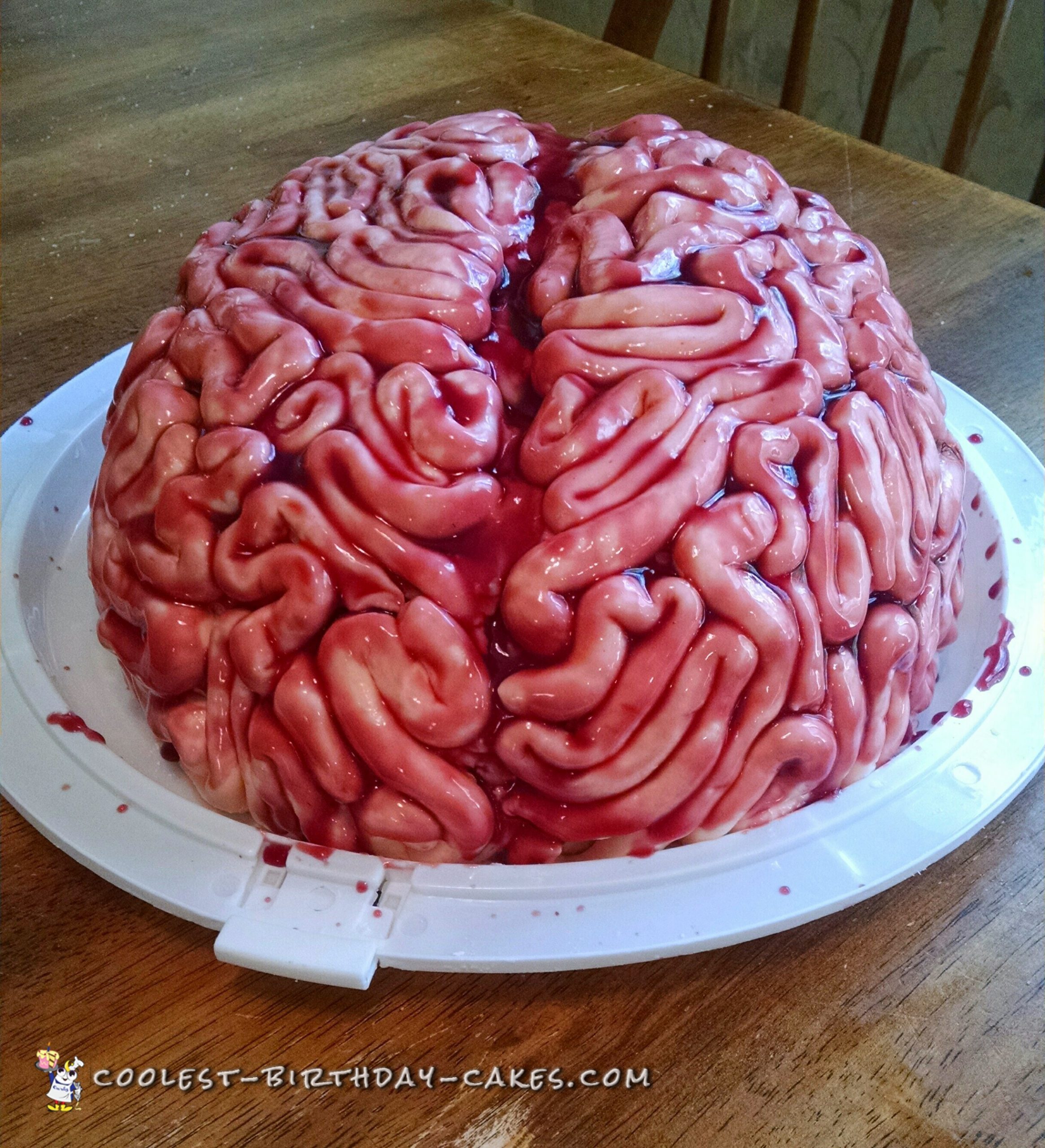 This brain cake was made for a teen’s Halloween birthday, zombie themed party.

This cake was a big hit, although a few people were kind of grossed out at first, but after tasting it they were pleased. The birthday boy was shocked at how realistic it looked.