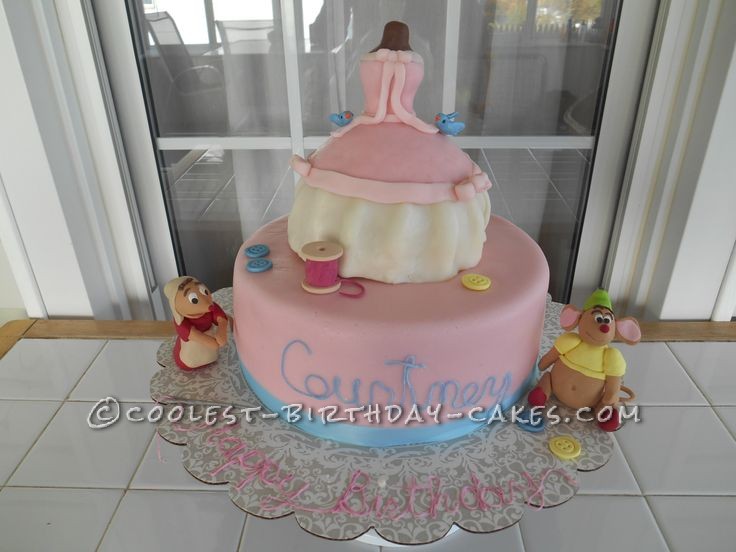 Months before my niece’s seventh birthday party she decided she wanted a regal princess birthday party. Would Aunt Amanda make her a special Cinderella birthday cake?  Of course!  We spent hours looking at examples and pictures of Cinderella various cakes, and she finally formed in her mind her vision for the perfect birthday cake. So I got to work!  Having two children under 4, making  a cake is a process that takes place over the course of several weeks- drawing up a plan, buying supplies, baking and freezing the cakes, making and dyeing the fondant and the icing, and molding the dress out of rice krispie treats until it was just right. I spent the evenings leading up to the big day carefully molding the mice and other decorations for the cake.

Having struggled with the fondant on a previous cake, I was a little nervous about making the batches for this cake and did it ahead of time. It came out perfectly, or so I thought. The day before the party, I prepared my cakes and rolled my fondant…but it wouldn’t roll out without cracking! I poured over cake decorating blogs looking for a solution, but nothing worked and I was running out of time! Later in the evening, my husband, who had a routine, out-patient procedure earlier in the day, had to be rushed to ER. He had emergency surgery at 9:30 that evening! I nervously paced the waiting room waiting for him to come out of surgery, cake the last thing from my mind. After being assured that he was fine and getting him settled and comfortable in his room, I headed home to relieve my brother of his babysitting duties. Only then did I turn my attention to the Cinderella cake.

It was 2 am, the day of the party. The cake was far from done and I could not get the fondant on the cake. What was I going to do? I decided to make one last attempt to salvage the fondant. This HAD to work. I kneaded more powdered sugar into it. At first, it did not seem to be working. But then, finally, it worked! With the fondant on the cake, I could finally begin decorating…well into the night. After three hours of sleep, I headed back to the hospital to get my husband. Between caring for him and my little guys, I worked on the cake here and there, vision blurred, operating only on coffee.

In the minutes before leaving for the party, I was frantically adding the finishing touches. My sister had prepared my niece for the possibility that her cake may not be done, so when I walked through her door carrying her dream cake, her face lit up! I was exhausted, but her expression made it all worth it! 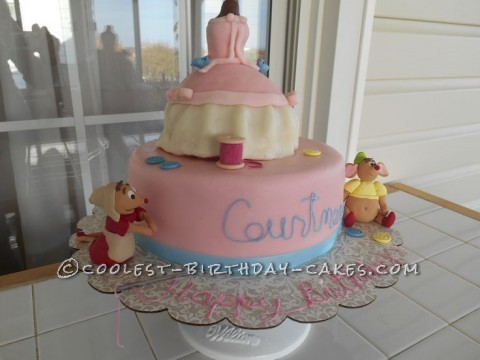 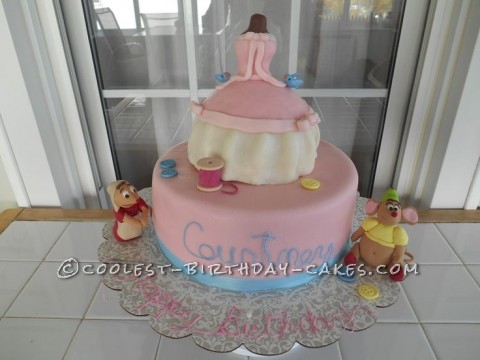