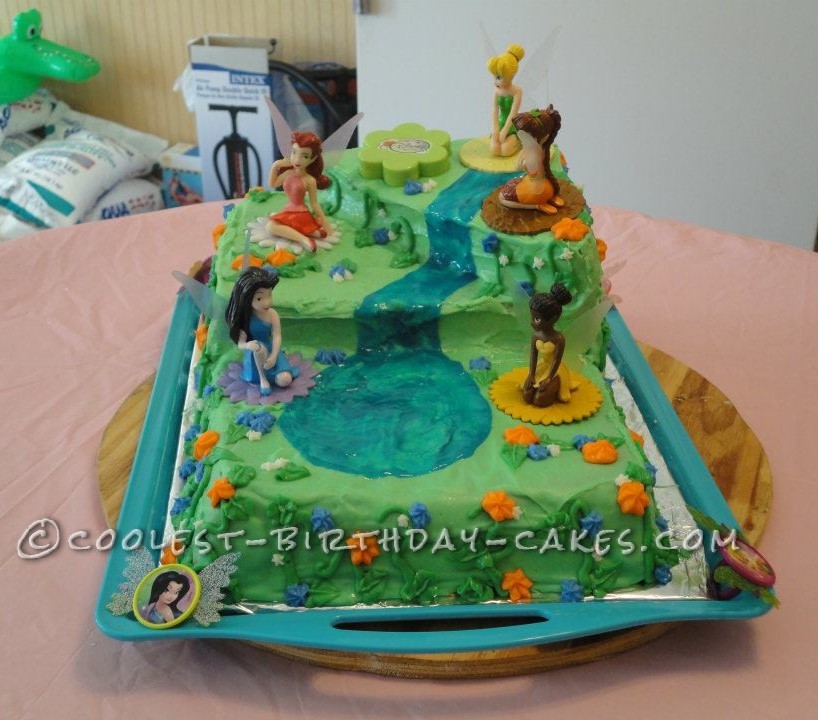 My daughter wanted a Disney Fairies themed party for her 6th birthday. She found a cake at a grocery store that she wanted, so I told her I could make it. She loves cooking with me, so she helped me make her favorite cake (cream cheese pound cake).

I baked two sheet cakes and stacked them to give the effect of a mountain with a waterfall running down it. I used homemade butter cream icing to decorate with. We bought the Disney Fairies cake topper cake to use as decorations. They were given to my daughter after the party for her to play with (it was actually an ink pad and stamp set!) I used blue piping gel as the water so that it was shimmery and looked like real water. We also had some Disney Fairies rings that we used to decorate around the corners of the cake.

The cake was a huge hit! I got so many compliments. My aunt actually works for a bakery that makes this similar cake and she said she liked my so much better!!