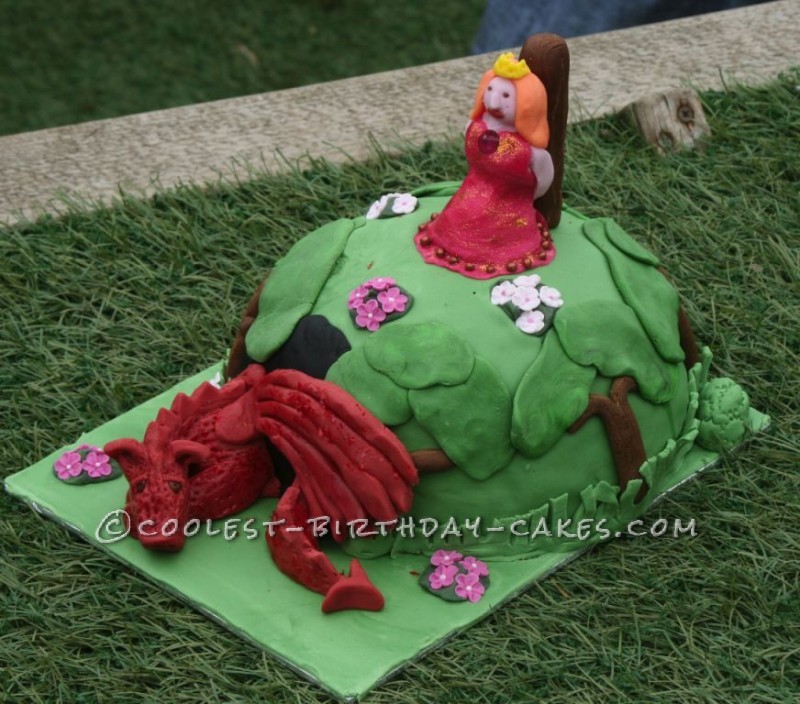 This was supposed to be a Peppa Pig cake, there was to be her house on the hill and she and George sat feeding ducks below until I realized I didn’t have any blue icing, shops were shut and I didn’t have the means to make any blue, so no George or pond!

So here is my dragon in his cave and the rather dumpy princess tied to a stake at the top. No special methods here, the cake was cooked in a Pyrex bowl and has cream filling, then I used fondant to create the scene. Quite easy, trees are just sticks with green blobs on and the cave a simple black arch. I have never made a human figure and I must admit I think the girl could do with a nose job at the very least!

Dragon was easy as any icing marks I covered over with the scale pattern made by a knife. I then painted edible glitter over it. I only made his head and tail as well as I am lazy. Both Princess and post have wood in them to keep them upright but that’s all.