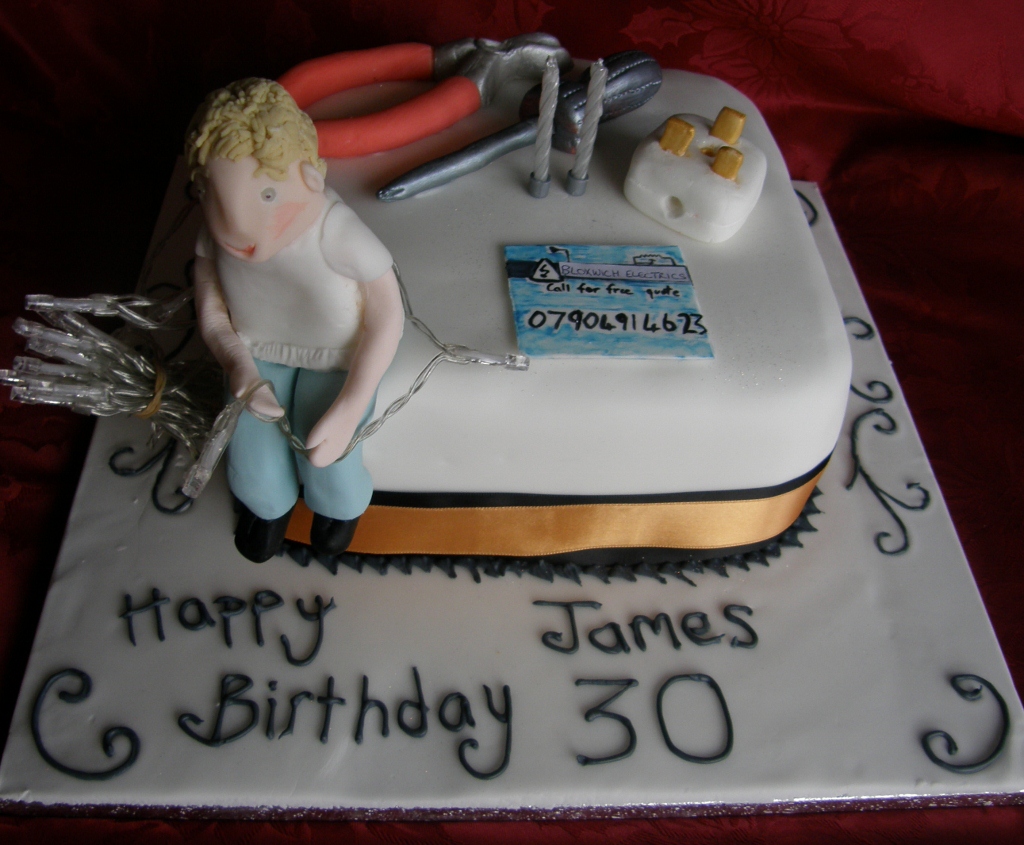 Our son was 30 and he is an electrician by trade, so we decided this Electrician birthday cake was a good idea for a cake.

I started by making the tools for the top of the cake. I made some pliers, a screwdriver and a plug. These were made out of half flower paste and half roll out icing so it hardened and it is also better to model with. These were then left to harden before painting with food coloring. I also made a replica of his business card.

Meanwhile I rolled out some white icing ready to cover the cake. I covered the cake and the pipe, iced a pattern around the bottom edge of the cake in dark grey. When this  hardened I attached a gold and black ribbon around the base of the cake (my son is a Wolverhampton Wanderers supporter).

I was really pleased with the outcome. We all went out for a meal and when the cake was brought out the lights  were switched on. It looked really effective. I was well pleased. 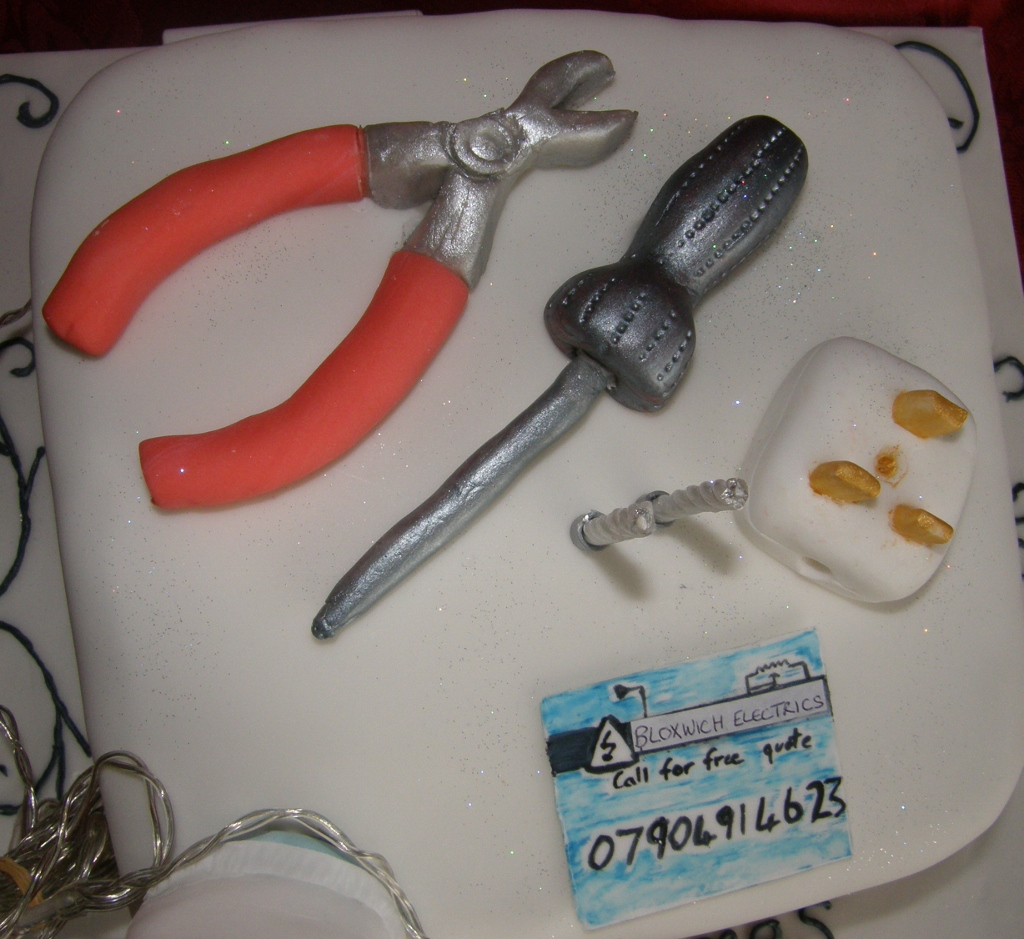 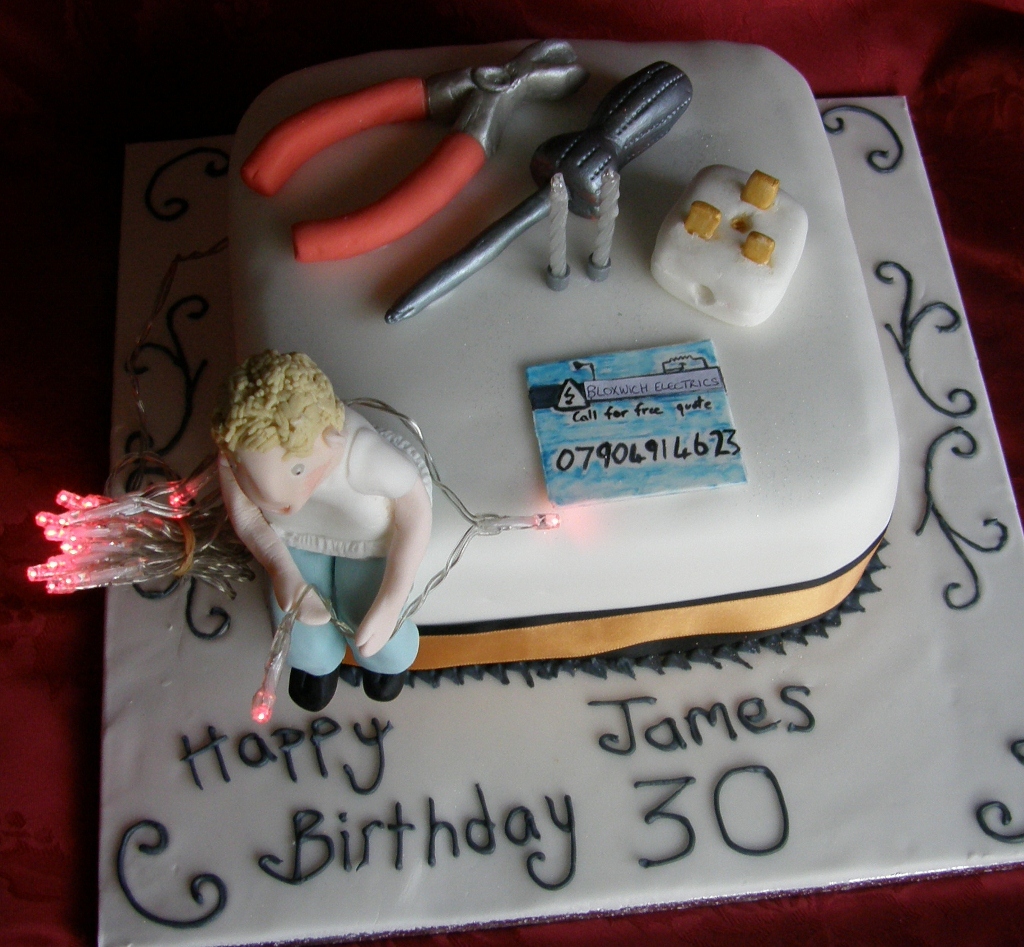