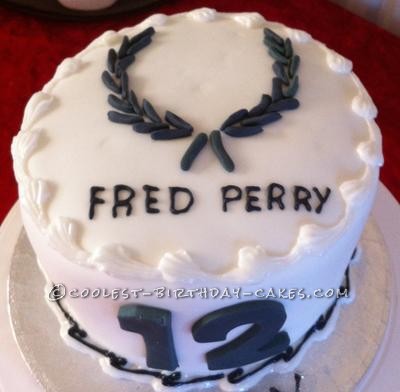 I was asked by a friend of mine to make a Fred Perry logo cake. I baked an 8” round sponge cake and when cold I filled with jam and butter cream and then sandwiched together and then covered the whole cake in butter cream and placed in the freezer for 10 min until hardened.

I then covered it in white roll out icing and then set aside to harden slightly while I colored some icing in black. I used roll out icing and flower paste, using a half moon large icing tube I cut out the leaves for the logo and let them harden before attaching them to the cake. This was the difficult part getting the logo in the right shape. I then attached numbers 1 and 2 to the front of the cake in black. 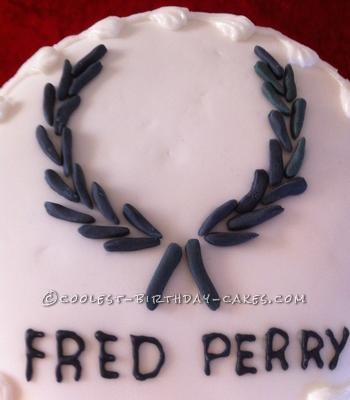 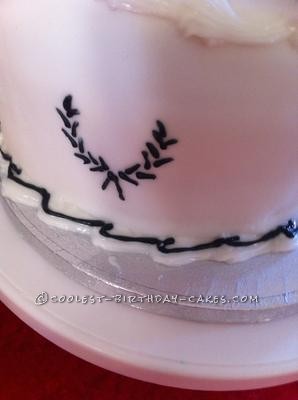