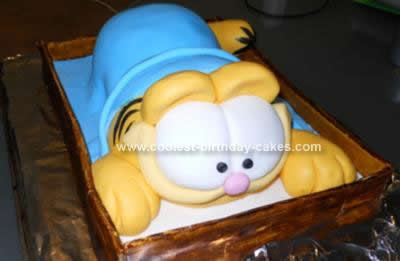 This Homemade Garfield Cake Design was taken from a Debbie Brown cookbook. The cake itself was terrible!! I used a chocolate Madeira cake with Kahlua cream filling (it was for adults). The cake was two bowl cakes shaped into two round balls. They were halved and filled with the Kahlua cream (which was beautiful). Unfortunately the cake turned out VERY dry and was barely eatable – I think this may have been because they had to be cooked in glass bowls.

I also used the Kahlua cream (flavored buttercream) as a base under my fondant before sculpting the Garfield character. The box was made from fondant cut into strips and allowed to sit overnight and then stuck together with fondant glue (previously I have used glucose or royal icing but found the fondant glue to be worth the money spent). Very happy with how it turned out except for the cake! 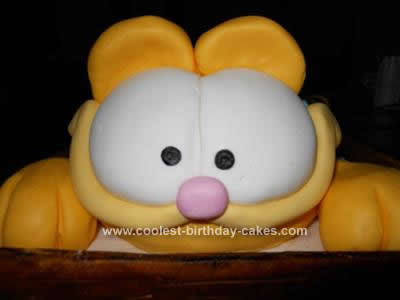 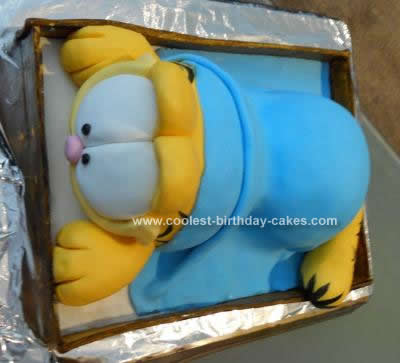 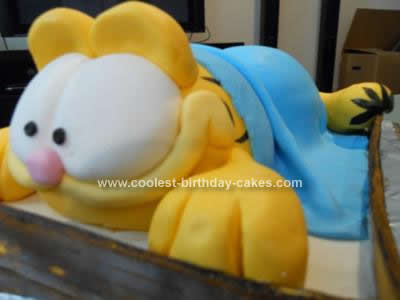