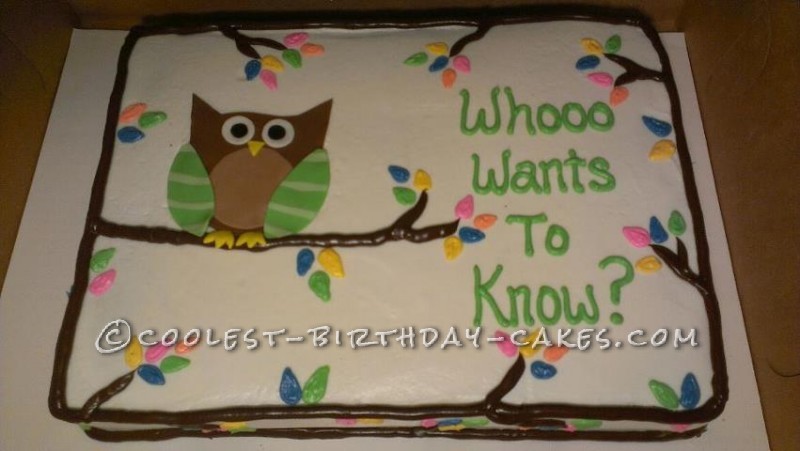 This owl cake was made for a gender reveal. The mom received a sealed envelope that contained the baby’s gender from the doctor, which was given to me and the party hostess. It was a boy so I tinted two 11″x15″ cakes sky blue. I then leveled them and layered them with white butter cream,  also tinted with sky blue. The outside was iced in white.

The owl was cut from homemade fondant, tinted with brown, green and yellow for the different parts. I then piped branches using tip #10 all around the cake as the border. Using tip #3, I piped sky blue, pink, golden yellow and orange leaves  (the colors actually showed up much brighter in the picture.) I then piped “Whooo Wants to Know?” in butter cream icing, lightly tinted with leaf green.