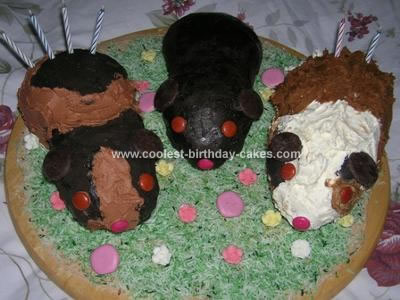 The request from the girls this year was a “minkie cake” or to those not up with the Lingo – A guinea pig cake. I decided to use a standard loaf pan and then carve the guinea pigs out – my first ever attempt at carving cake. I have to admit I did get the guinea pigs out and sit them on the table look them over and then started carving – each guinea pig took on a slightly different shape but I wasn’t worried about that as they were all “guinea piggy” in look – I was actually pretty happy with them.

Next step was to ice them – since two of them (Zoe and baby) were mostly black I faced the challenge of how to make black icing. I had bought some Wilton’s black paste dye and tried mixing that into the butter cream but that made a dirty grey (you can see that on Leisey’s dog dog cake) so I decided to make a dark chocolate ganache (melted dark chocolate buttons and cream) and see if the Wilton’s paste would make that darker, which it did. Hubby suggested that to make it a bit more of the texture of butter cream/guinea pig fur he should mix some icing sugar in the ganache, which unfortunately made it a very weird texture, more like a fondant that in the end we kind of rolled on and put on the guinea pig. I think just the ganache would have been easier as it was a real trial to make the ganache stick to the carved butter cake.

With tato I made a caramel butter cream using cocoa and caramel topping and a little bit of Wilton’s buttercup yellow paste to get the caramel colour or some red to make baby’s red nose. I made a separate batch for the white and used some Wilton’s icing whitener to make it ice and white. My pedigree drawing came in handy as I quickly sketched where the colours were to go on the guinea pigs

Again really challenging to get it to stick to the carved cake but certainly easier than the ganache. Then a little pink smartie nose, 2 brown smartie eyes and some dark chocolate buttons for the ears. Then onto a layer of shredded coconut dyed green some icing roses and wallah – one guinea pig cake

Taste wise – I think my butter cream actually tasted much better than the ganache. Next time I would definitely not add the icing sugar. 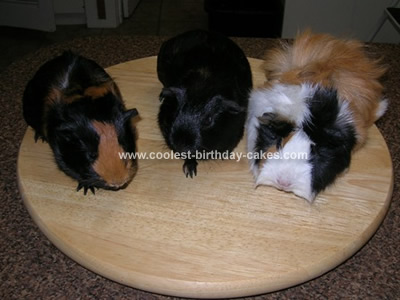 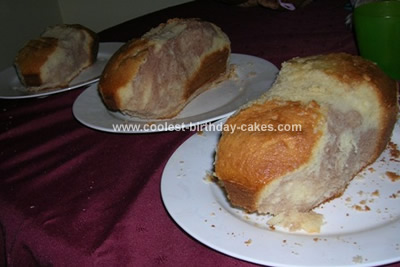 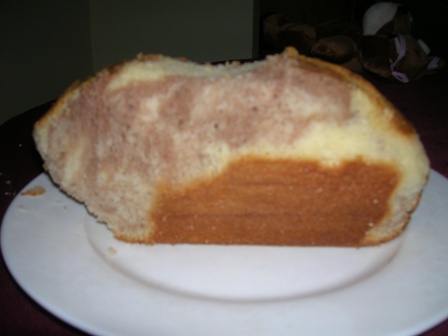