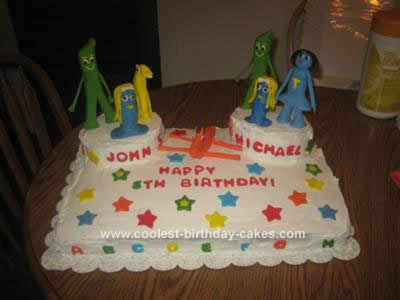 I made this Gumby and Friends Birthday Cake for my twin boys 5th birthday. They love Gumby and friends. So I started a week before the party. At first I tried making modeling chocolate. The two blue figures in front is modeling chocolate but they would melt very quickly so I had to keep putting them back in the fridge.

Then I switched to fondant. I colored the white fondant and began making the figures. I had left over fondant and used letter cookie cutters to make all the letters and numbers. The cake is yellow cake I bought a large sheet cake pan, and to give them their own cake put two small cakes on top to personalize it for them. I also bought a large bucket of white icing from the craft store.

The boys enjoyed it. It was the first time I ever made fondant figures. 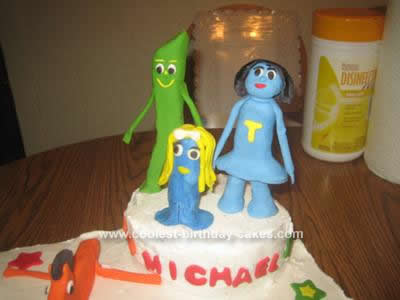 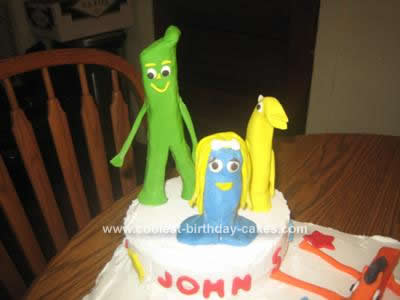 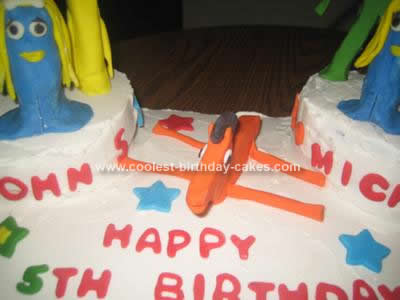