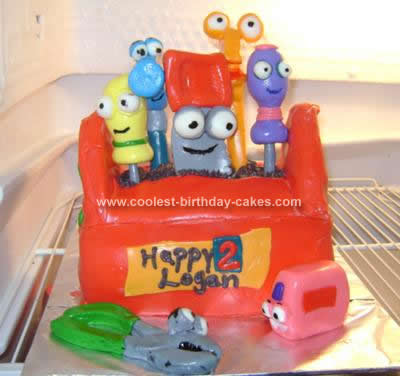 The handle of the tool box was made of rice krispie treats that I covered in fondant as well. My son loved it, and the kids all fought over who got to eat which character (though none could finish them since they were pure icing!)