The idea is simple. My sweet five year old daughter is a big fan of chocolate and also Hello Kitty. But on the other hand I love simplicity. My Hello Kitty cake presents the mixture of those two. It is made of two ordinary sponge cakes. It had an extra tablespoon of sugar and cocoa. Pastry dough was baked and then cut in half, with round shape.

Then I moistened pastry dough with cherry juice and in between I added whipped cream with cherries.  After letting it to stand a bit, I cut the top layer according to the shape of Hello Kitty. Look at the picture that has brown part showing. Made two founds, which I add a little bit of red food color so that I would get pink color. Eyes and whiskers are made out of chocolate. It was difficult to put the dress on the Kitty. But the rest of it was much easier. But the fact that the cake would look cute was important. And so it did.


Of course, once the cake was ready, kids picked all the hearts away, before the cake even reached to the table. My five year old daughter has a four year old sister. So it seemed like a team work. United they stood. 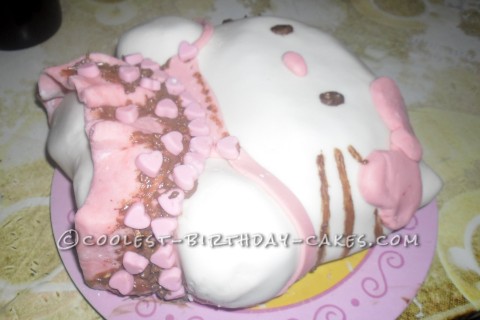 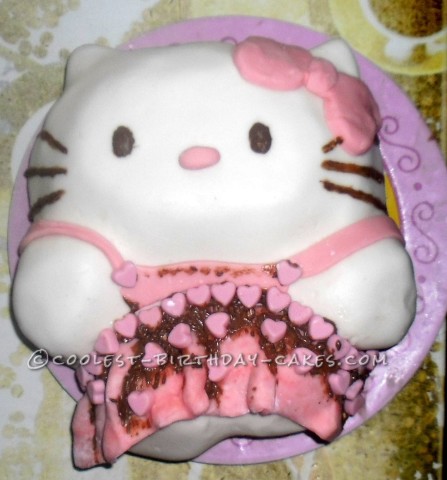