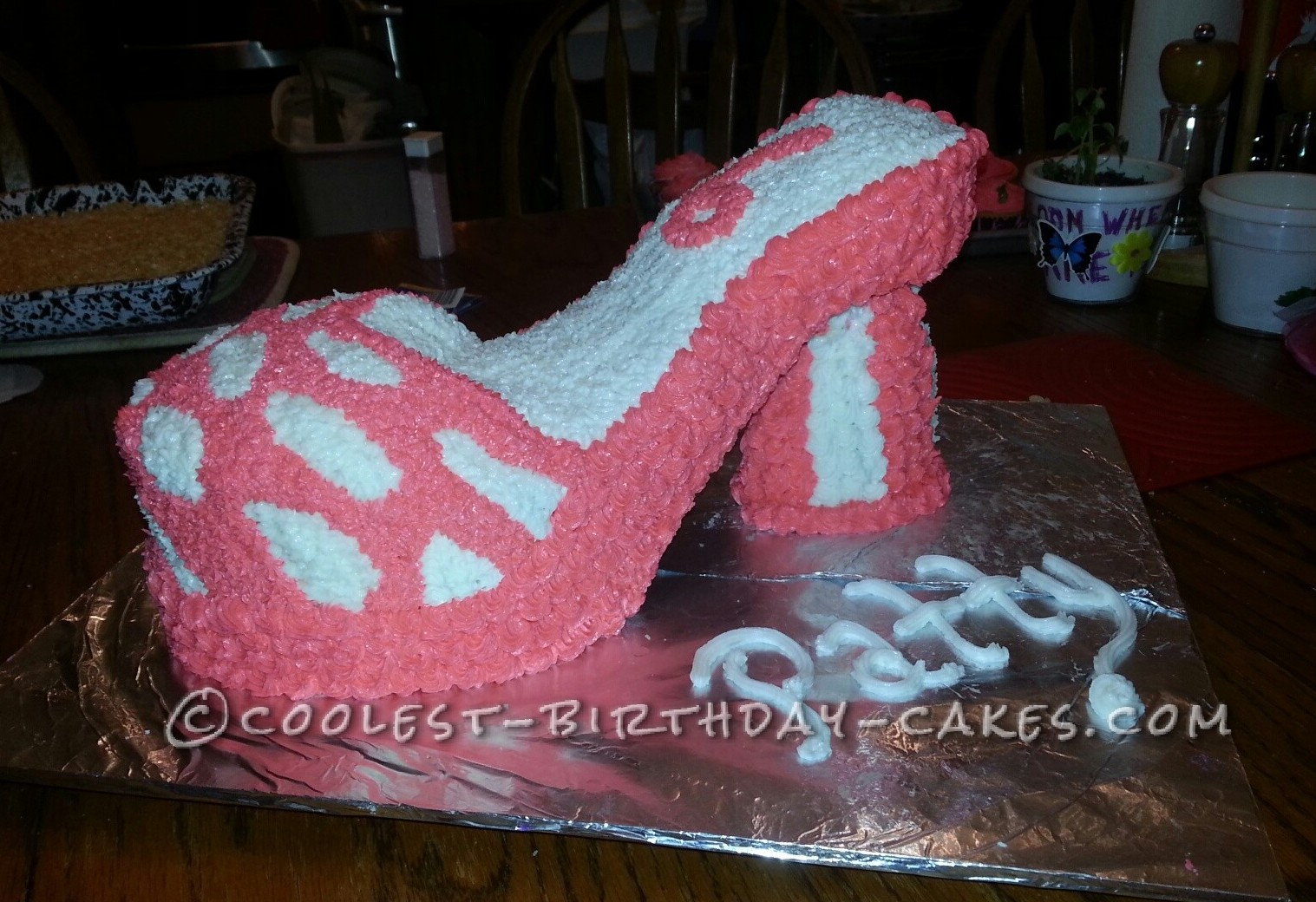 I had previously made my daughter a purse for a cake and this year she said that she wanted a high heel shoe as a cake.  My 6 year old daughter loves shoes!  All kinds of shoes but especially high heels.  So I set out to figure out how to make it because every mother tries to give their kids what they want (within reason).  It probably helped that my husband and I owned a shoe repair shop for 16 years (before my kids were born) so I had an idea of how shoes were made.

I baked 4 6-inch round white cakes and put them in the freezer.  The next day I cut out an outline of the shoe sole from cardboard, a stiffer piece of cardboard about 7 inches long and 1 inch wide for a shank and a 1 inch dowel that was about 4 inches long and had an angle cut on one end.  First, I took the cardboard outline and cut one of the cakes into the shape at the ball of the foot.  Then, I cut off about 4 inches of the front of the cardboard outline.  After I had covered my cake board with foil, my husband attached the dowel to the board (from the bottom) where the center of the heel needed to be.  He attached it with the angle at the top and facing the front of the shoe.  We then placed the cardboard cut out on top of the dowel, then hot glued the stiffer piece of cardboard to the other cardboard and screwed both pieces to the dowel.

Then I placed the cake that had been cut at the end of the cardboard with a few inches of cake on top of the cardboard.  You might need to bend the cardboard to get it to sit flat.  Then just added another cake on top of the cake and built up the rest of the shoe with pieces of the other two cakes.  Cutting the front cakes until they looked right.  I did a thin crumb coat over the cake and started on the molding the heel.  I used rice cereal to mold the heel into the shape I wanted.  Then covered the shoe with butter cream icing in a pink and white design using the #18 star tip.  I did stars for the front and sole but for the side of the sole I used a star tip but did a rosette pattern.

My daughter loved it and she told me that I was the best mom ever.