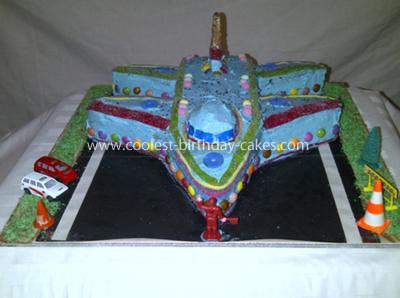 I baked this Homemade Airplane Cake for my son’s 6th birthday. I used two large rectangular shaped cakes, which I then cut and layered after following a layout on this site (aiplane cake 08). The cut-out (though a square and mine a rectangle) enabled me to use the entire cake with all the cut outs, so there was absolutely no wastage.

I placed black project cardboard on a 600×600 tile and used masking tape to run down as the runway. On the sides, I colored green coconut as the grass along the runway.

For the windows of the cockpit, I used blue cellophane paper which we cut up and the colored wing decorations were sour sweets. It was a bit more time consuming then the other cakes that I have attempted over the years, but the end result was worth it. 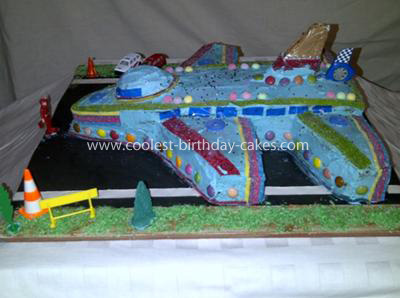 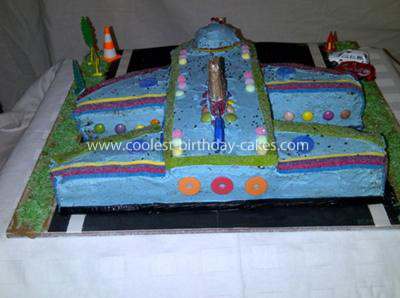 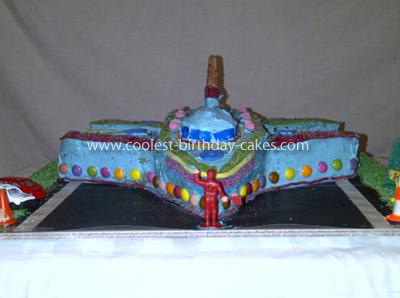