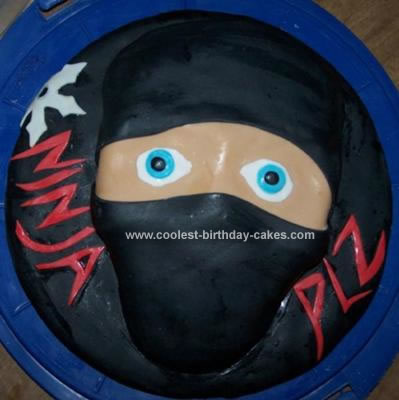 I made this Ninja cake for my oldest son on his 21st birthday. “Ninja Plz” is one of his favorite sayings and everyone jokes that he’s a Ninja, as he was once a semi-pro wrestler. He later admitted that it was not easy to eat a face!

I used a 9″ round pan for the base and a skull pan for the face. I custom colored all of the fondant and hand cut everything, except for the throwing star which was made by a snowflake cookie cutter.