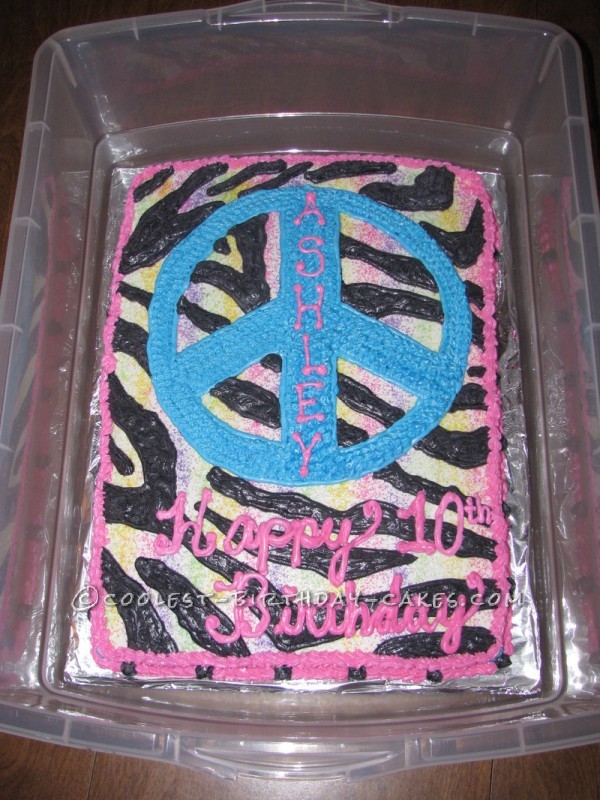 I did this cake for my niece’s 10th birthday. She lives 750 miles away from me so when my parents were visiting me, they drove the cake down for the party. I made it 15 days before the party so my sister froze it until the day of the party. I made a 1/2 sheet cake which was half funfetti, half chocolate and iced it with white buttercream. I used pink, orange, yellow, and green colored sugar to sprinkle in alternating lines on the top of the cake, to create the rainbow effect. Then I used a bowl to trace a circle shape and free-handed the rest of the peace sign, which I filled in with blue stars. Then I made the zebra print with black buttercream, and did the writing and the border in pink. I guess the cake was a hit at the party and even though it had been frozen, it tasted as fresh as the day I made it. It was so good that even the dog couldn’t resist it! After the party-goers ate the cake, they left the rest of it on the table and went downstairs to open gifts. That’s when the dog took his chance and ate quite a bit of it before he was caught!