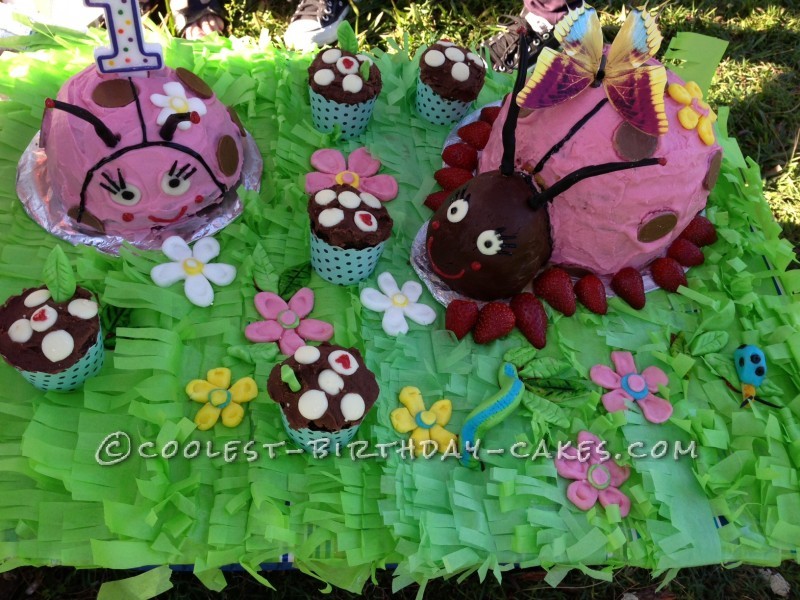 Thought I’d share my little one’s first birthday surprise . We had a teddy – bear’s picnic and I made a ladybug birthday cake with the help of her lovely cousin. What started out as a simple idea turned out to be quite a cooking marathon. Not being very adapt bakers but with high ambitions we first attempted a gluten free sponge (as my father is GF) but due to a rouge bit of egg yolk in the white we ended up with horrible flops- that got binned.

We then attempted number 2. Ended up baking a nice GF chocolate number for the smaller beetle and cupcakes and sculpting 5 sponges, chocolate and vanilla consecutively layered with jam and cream for the bigger beetle. We made a delicious pink butter cream icing with natural coloring and added cream cheese for added kick. The head icing was a fondant made with dark chocolate hazelnut spread in midnight desperation  as our chocolate ganache planned for the head only succeeded in crumbling off as the carved sponge was fragile.

The little sugar flowers, snail and caterpillar were fun to make from royal icing we sculpted and the base was  made from tissue paper . Was a fun project but the best bit was Saskia’s face when she saw it, her eyes lit up and she wanted to dive, ha ha. Her first taste of sweets wasn’t a disappointment and she had such a wonderful day. What a laugh! 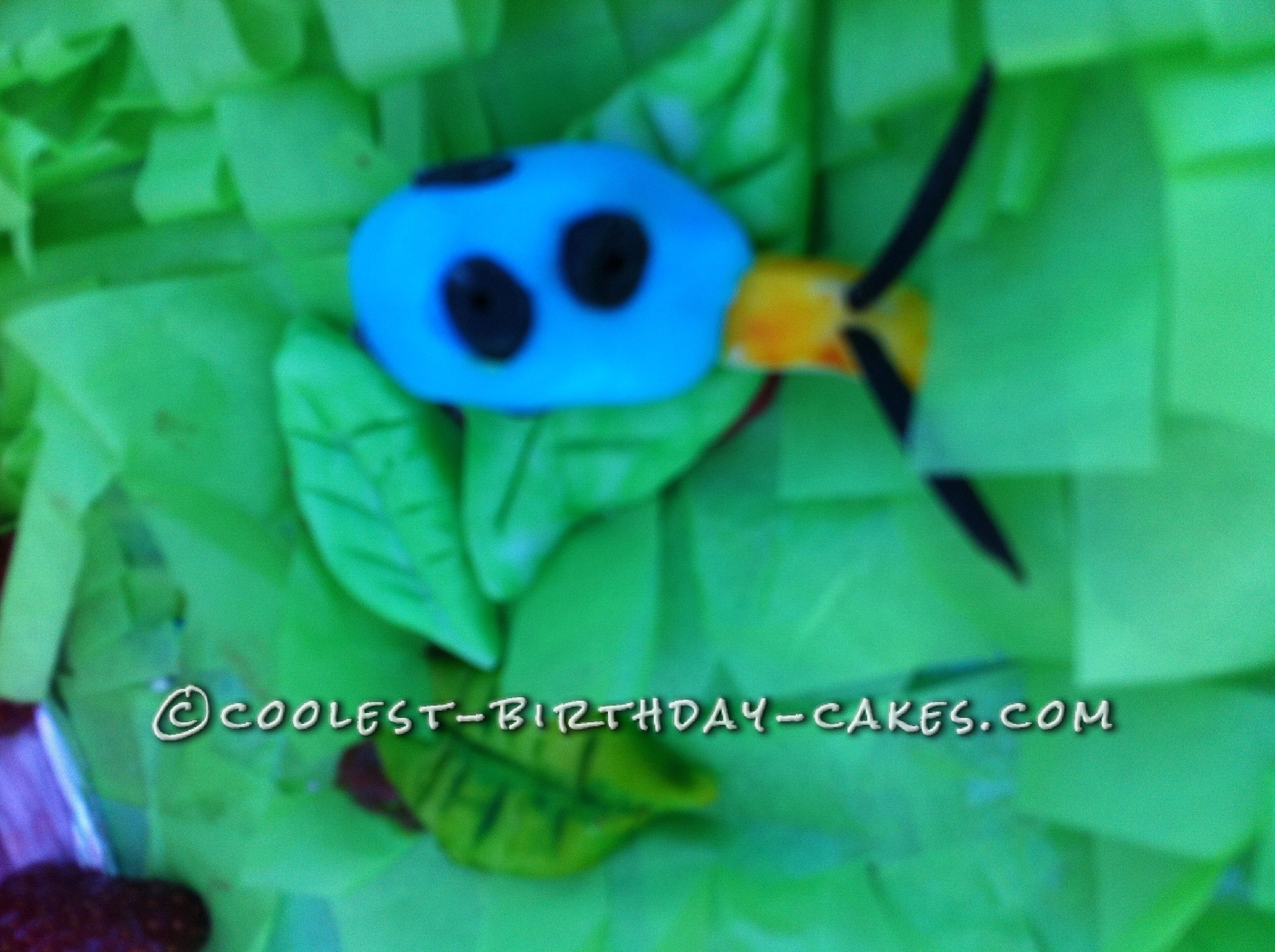 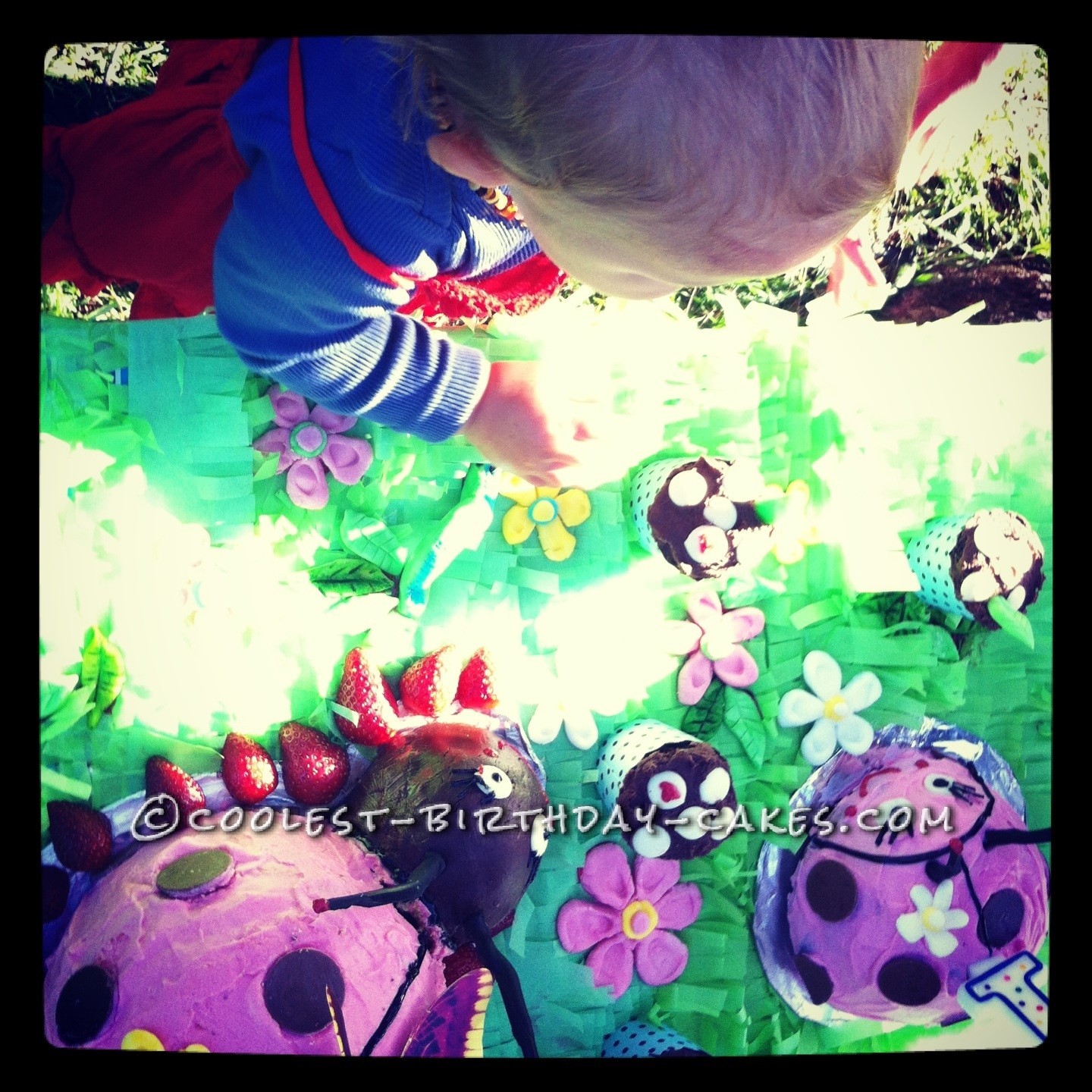