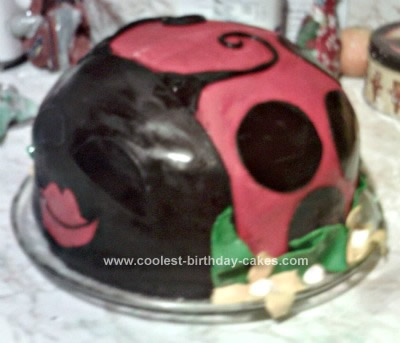 I am not a friend of fondant, but I couldn’t really think of how to get this sharp of an appearance with other kinds of icing. (Those black spots cover a MULTITUDE of sins by the way).

The Homemade Lady Bug Cake is actually two cakes on top of each other with a layer of strawberry pie filling in the middle of each (I put a ring of buttercream icing around the edges before stacking them to keep it from leaking out.) I wanted to put a layer of pudding between the two cakes but both of my sisters advised me that it would make the cake soggy in the middle, so I used a no-bake cheesecake mix instead.

I refrigerated the whole thing for the two hours it took to color all the fondant so things would be all firmed up for the application. I was pretty pleased with the outcome but have sworn a lifelong vendetta towards fondant…it would take The Godfather calling in a favor to make me work with it again. 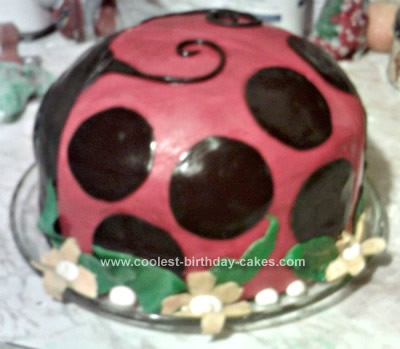