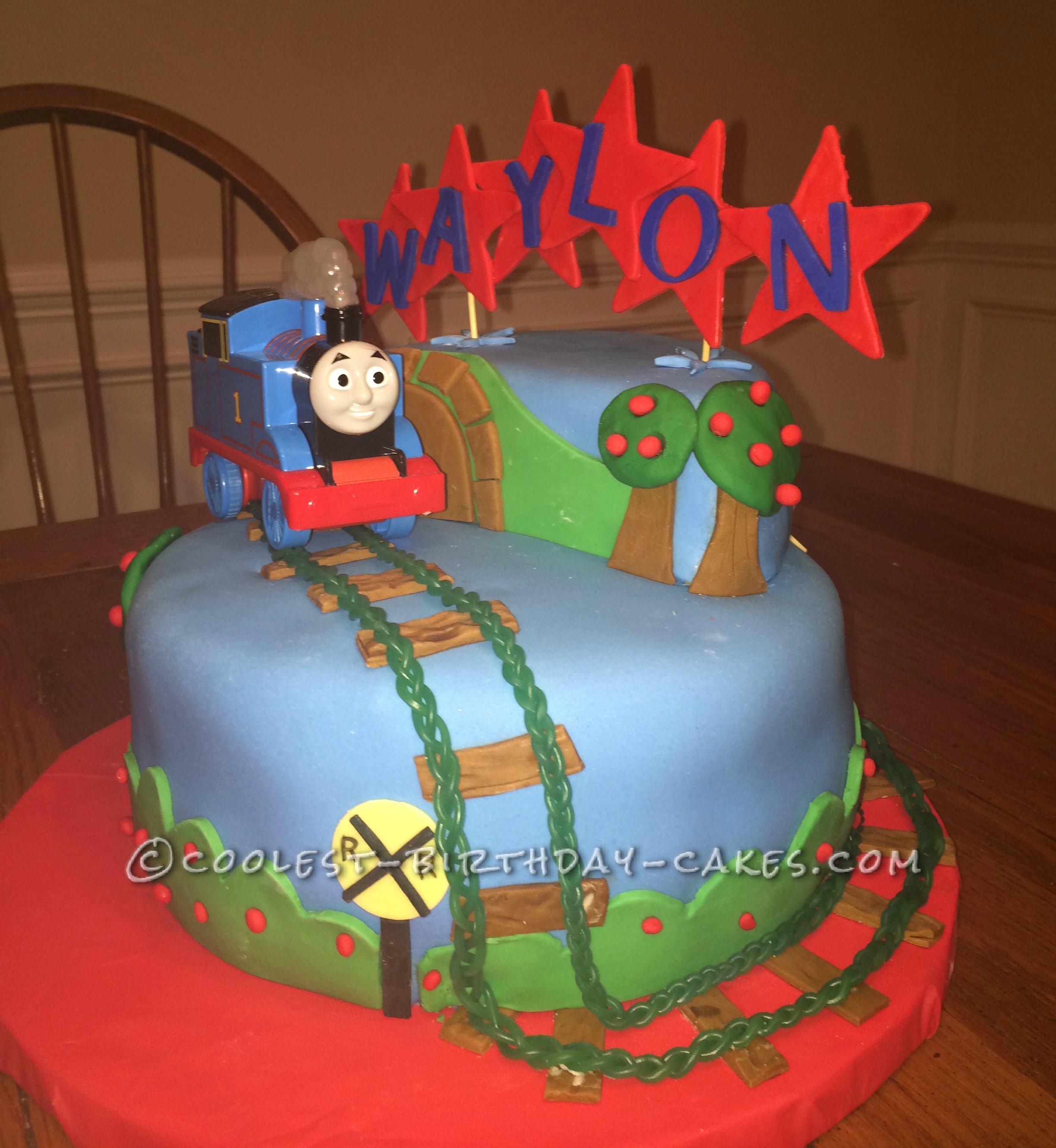 This Thomas the Train cake was requested by my grandson at the last minute. I had never made one before and didn’t have time to make the actual train. I decided to use a plastic train and make everything else homemade due to time.

My grandson was very excited to see this cake and all the kids were excited to eat the train track as much as the cake! 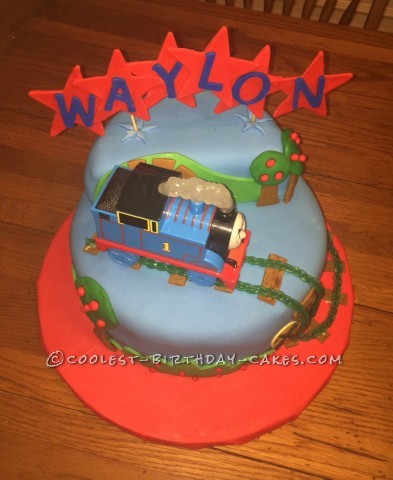 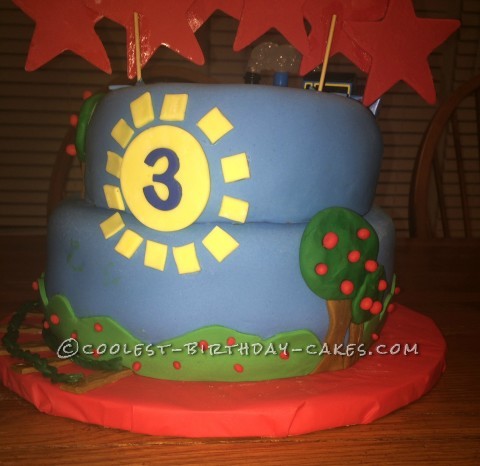 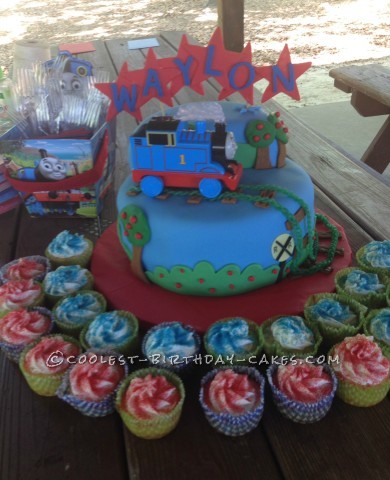