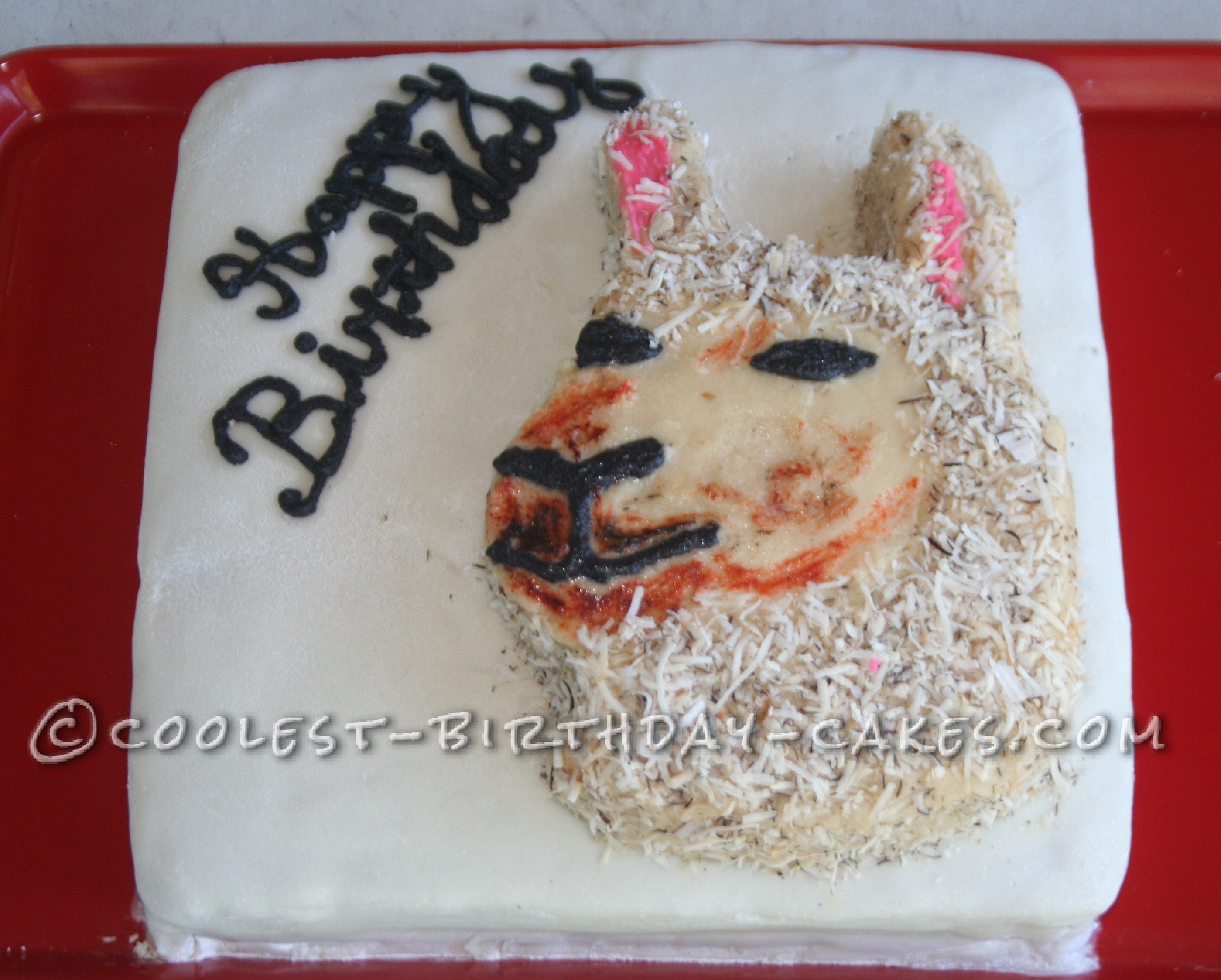 At first I thought OK, who in the world likes Llamas as their favorite animal?! It has to be one of the weirdest animals in my opinion, but of course I did not argue with my client. So I got to researching some Llamas and decided that since my client likes coconut it would be a fun texture and flavor to add to the cake. My hardest part was getting the eyes to look not too cross eyed. lol.

The funnest part was putting the coconut on, and making it look realistic. That was my goal. Although I did not get it to look 100% realistic I was happy with the result, and so was the client. It was a big hit at the party and they have asked me to do more cakes since then.