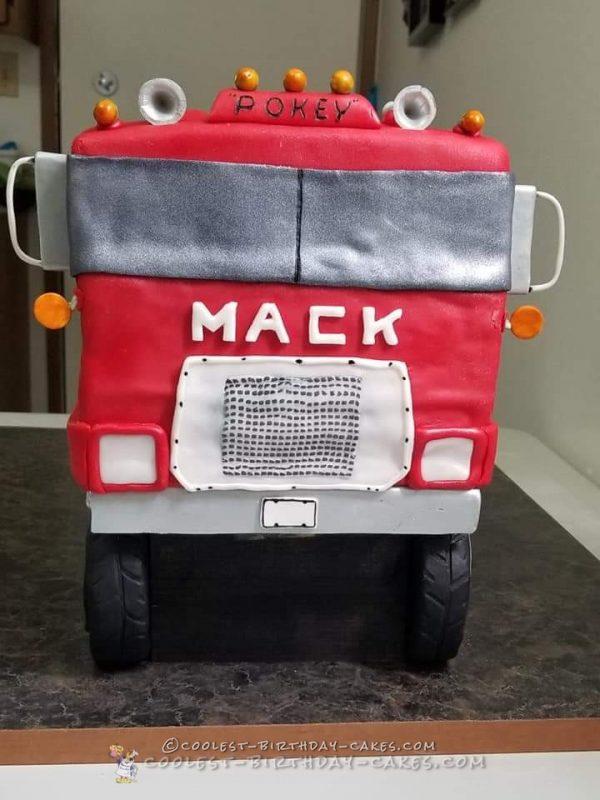 This was the hardest cake I ever attempted. Both in time and in challenges. I’ve been making cakes for friends, family and charity for many years, and when my friend came to me with a picture of a semi truck that his mom started out driving I was a bit hesitant as I know nothing about big trucks. This was going to be a special surprise for his mother’s birthday, so I started researching and driving around taking pics of semi trucks to get an idea of what I was even getting into.

I started out building a wood frame structure for the cake to sit on, I’ve always just had layers of cake before so this was my first challenge. I spent the next week and countless hours making fondant pieces and sculpting rice krispie tires. trying to figure out how to attach them.

The truck was coming together nicely until the day I needed to assemble it. It was probably the hottest day of the year and I have no air conditioning in my hot box apartment. After completely assembling the cake I noticed the one side and the front was melting off, the whole thing was sliding down. I was on the verge of tears, they were going to be here in less than an hour to pick up the cake. I pulled myself together and brought out a fan so it could blow coolish air and as quickly as I could I rolled new fondant and made new pieces. I finished with about 5 minutes to spare, it may not have been as pretty as I wanted it but at least it was recognizable.
Now the cake still had an hours drive, thankfully in an air conditioned vehicle. I was so nervous it wouldn’t make it but it was out of my hands now.

I was told that it made it with only minor damage, and even though it wasn’t perfect his mom was completely surprised and overjoyed as it brought back a lot of memories. I’ve never met his mom, but she phoned to thank me later that day and I could hear in her voice how special this was for her. All the challenges, anxiety and time put into this cake was worth it! 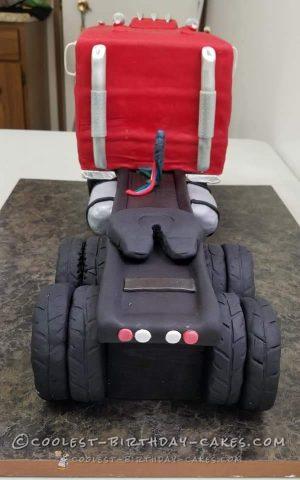 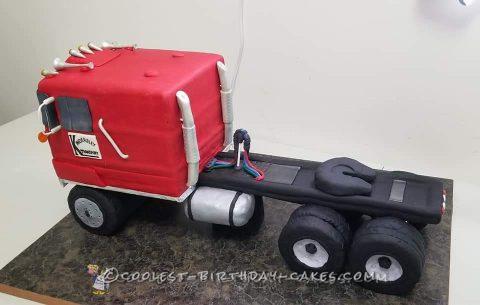 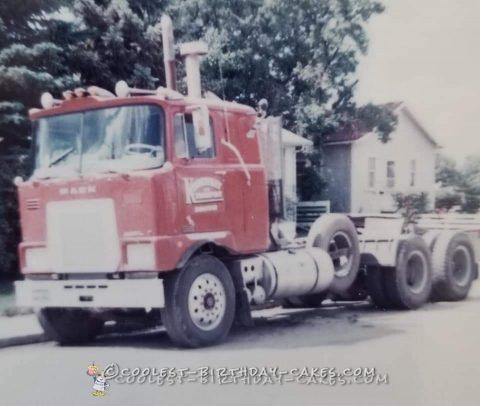