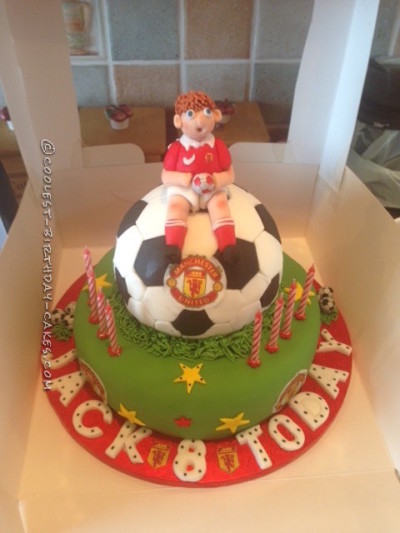 I had to make a cake for nephew’s 8th birthday and wanted something easy as I was very busy with work, so I decided to make a Manchester United football birthday cake as he is a fan.

There you go – a Manchester United 8th Birthday Football Cake that was enjoyed by all.