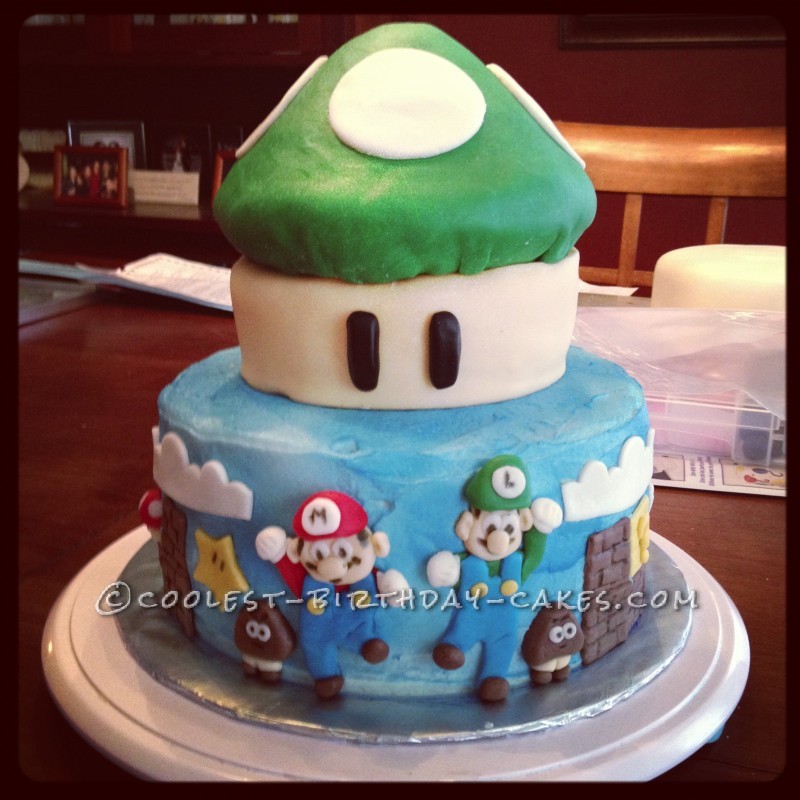 It was a Thursday night and I got an emergency text that my friend needed a Super Mario Brothers cake for her son Tommy’s 9th Birthday party on Saturday.  She was so apologetic for the late notice and I actually already had 3 other orders that weekend, but since she had ordered from me in the past, I decided it was something I had to do!  Plus I have wanted to make a Mario cake for a while now, just never really had an excuse to.

Immediately, 10.30pm that evening I stopped what I was doing and started to create the characters with fondant.  I looked at one of my son’s video game magazines for inspiration. Somehow it just started to come together and once I started I couldn’t stop…I finished all of the fondant items I wanted to include on the cake….the brothers, mushroom guys, bricks, flower power and more.

She said she only needed to feed about 15, but I just didn’t feel the cake was complete with one layer, so I had just purchased that ultimate cupcake silicon pan and right away I knew what I could do.  Create a GIANT One Up mushroom guy!  So that is what I did the next day!

By Friday night I was ready to piece everything together.  I used 2 8” layer cakes on the bottom (vanilla) and then the giant cupcake pieces (chocolate) for the top.  The bottom layer was my butter cream icing sprayed blue for the background sky and then the mushroom was actually covered in fondant.

On Saturday morning my friend brought her son with her to pick up the cake and I can’t even describe how happy the look was on both of their faces!  They couldn’t believe this was put together so quickly and how it was exactly what they wanted!  Her son couldn’t thank me enough and my only regret is I didn’t have a picture of him when he looked at the cake.  I later did receive a picture of him with the cake, but I will not be submitting that picture as to respect his right to privacy.

All in all, this cake was a huge success and I had so much fun making it! 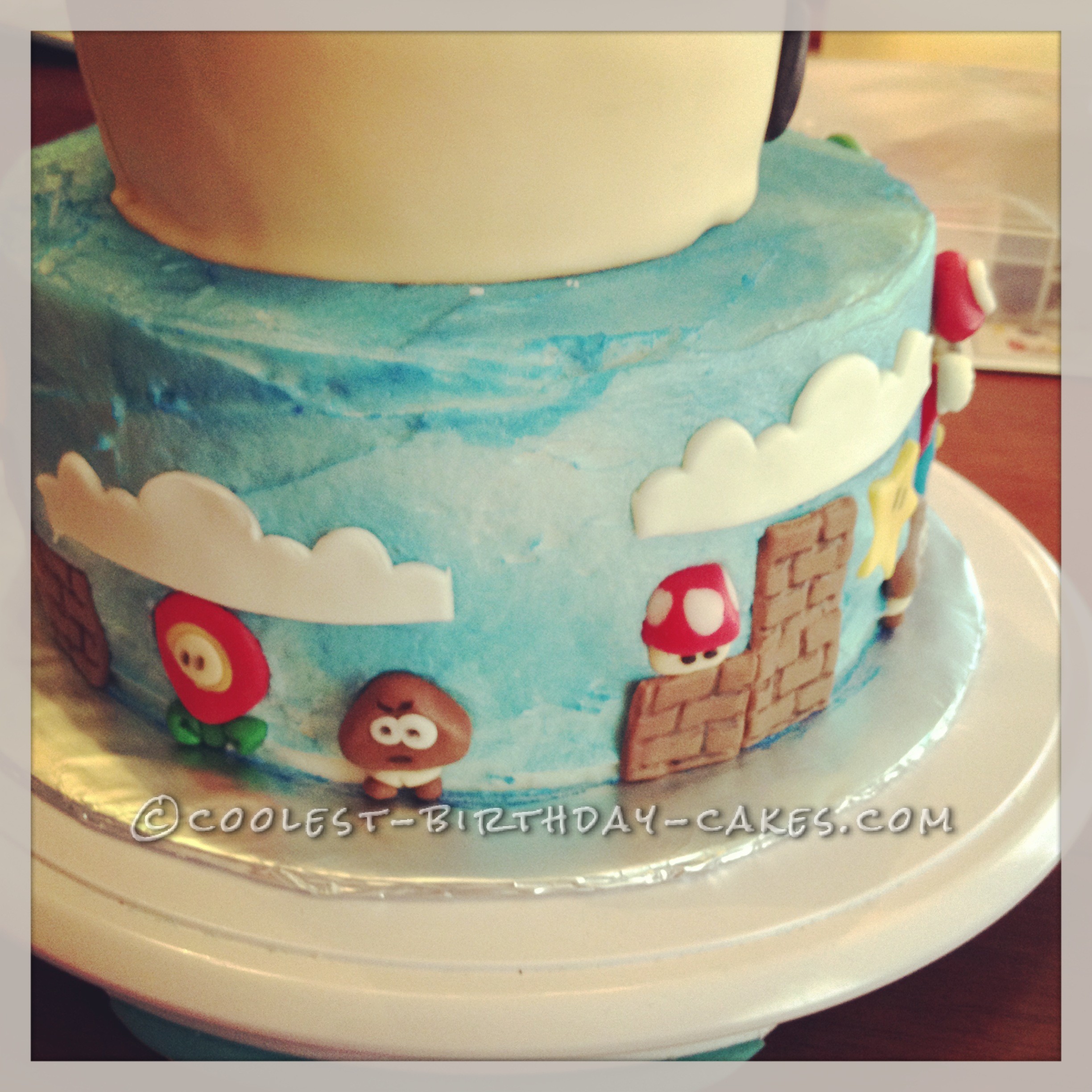 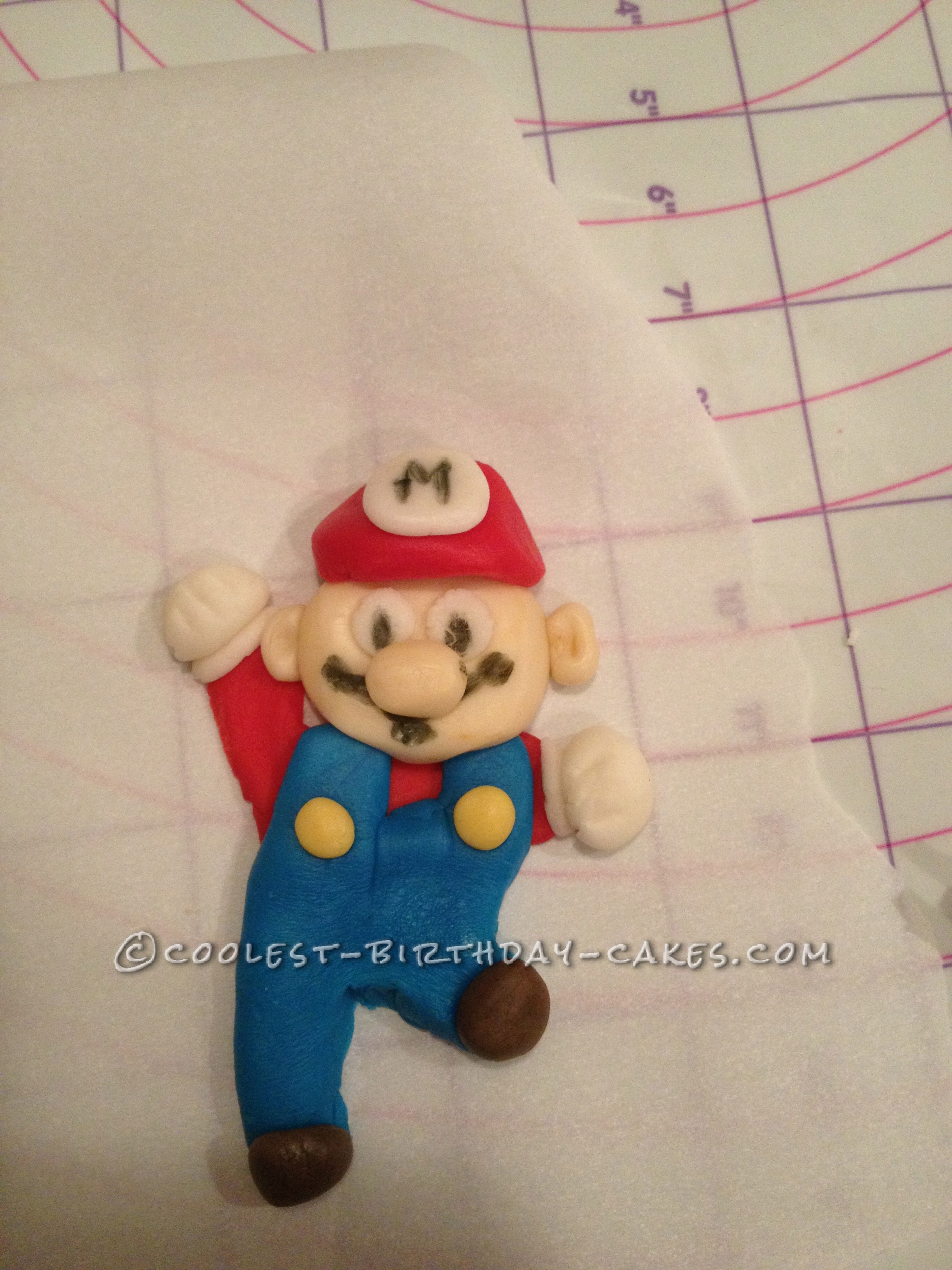