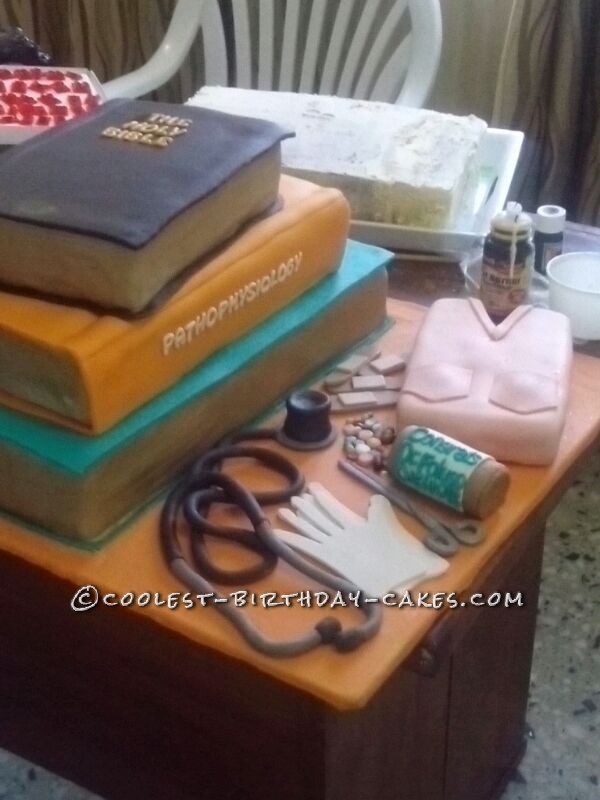 Some people think nursing is just about syringes, injections and all but you’ve got to have brains too. This cake highlights just that. It was done in honor of a lady who brilliantly earned a Phd in Nursing Sciences.

It was fun to make because for the first time  I had to sculpt a stethoscope, band aids, pills, and a pair of scissors out of fondant.  I have a very small oven so I always bake square cakes and  elongate them into rectangular shapes by cutting off the vertical sides to elongate the horizontal base. I used 12 , 11 and 10 inch square cake pans for the books and an 8-inch pan for the nurse blouse.

Basically, to make the books I  covered each rectangle with butter icing  and draped a large piece of fondant over it exceeding a little by the edges to make the book covers. Next I cut out a piece of the  same color and lined it at the bottom to give the book cover a realistic edge. The book sheets were made of white pieces of fondant painted in gold luster dust and the page lines outlined with a knife for a realistic effect.

The nurse blouse was made out of a piece of cake covered in pink fondant. The pockets were trimmed with a toothpick. There was no space for writing  out the name of the celebrant so I had to put it on the pill tube. The letters on the books were cut out with an alphabet cutter. Oops, I almost forgot, the lady was a minister’s wife who believes strongly in God’s  support in her achievement,  that is why a bible tops it all. 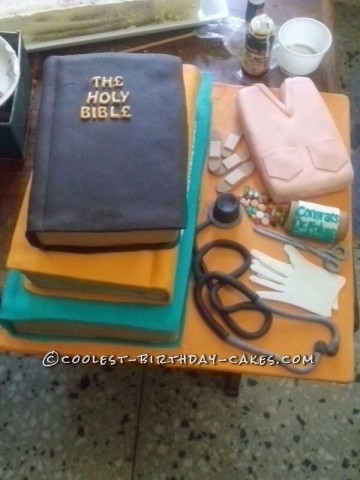 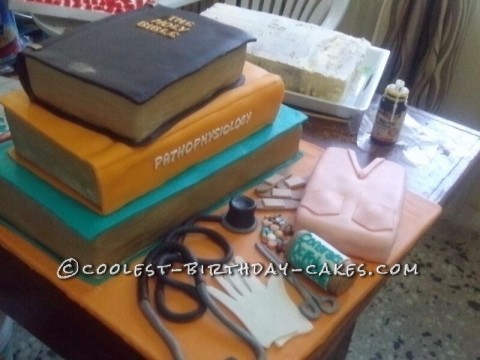 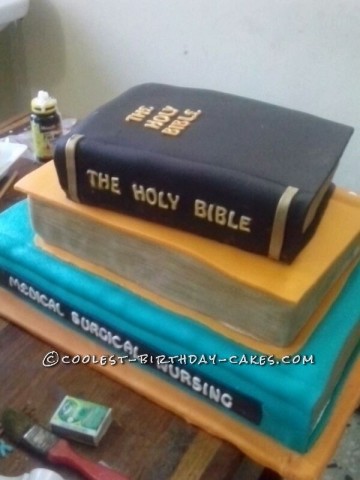 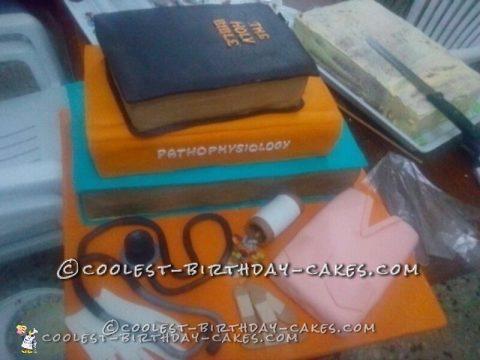 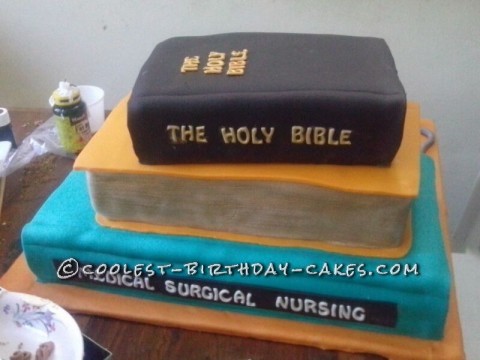 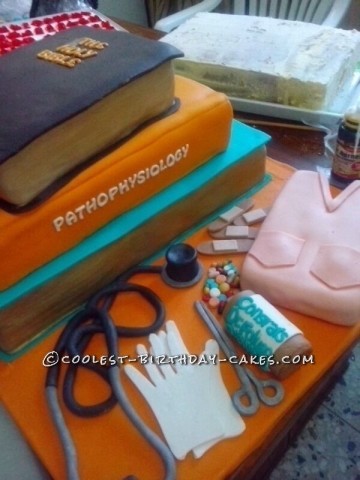 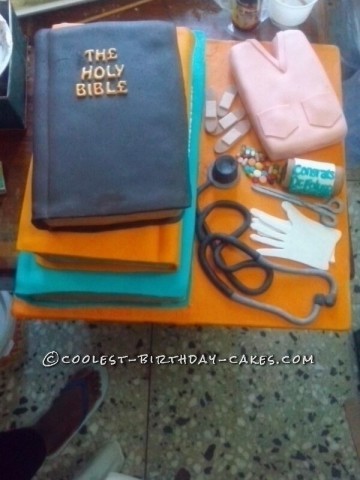