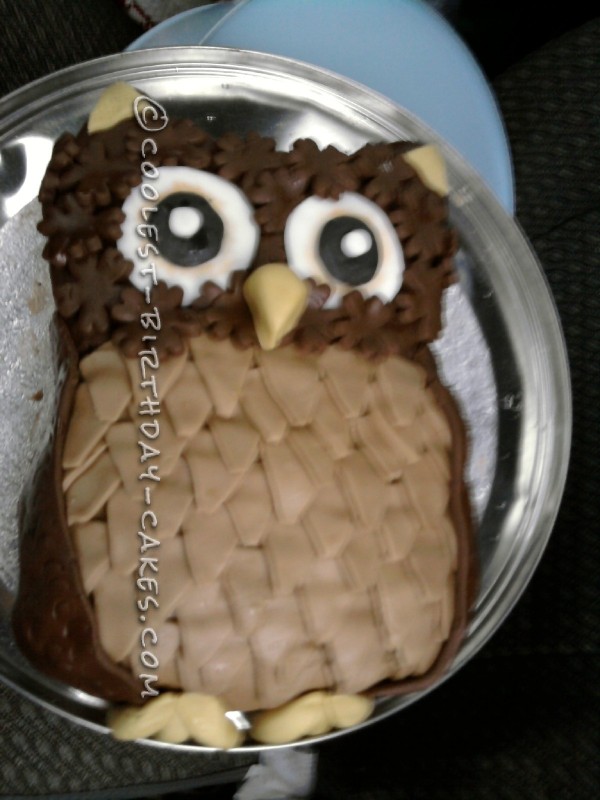 It was my friend’s 18th, so I decided to make her this owl birthday cake. It’s very simple to make, but looks very impressive (or so I like to think) and only took me a few hours.

First I baked a square cake (I made it quite small as I had a limited supply of fondant Icing), then cut out the shape of the owl. I covered it in chocolate butter icing, then placed a thin layer of brown colored icing over, then added, piece by piece, the feathers, which are just triangles of darker brown icing. I had no template for this, so just had to cut them by eye, but with the overlapping, and the wings covering the outside, it doesn’t really matter.

I then added the eyes, just circles of white icing, and painted the black iris with food coloring. I then added the face feathers around that, made the feet out of yellow icing, and as a last touch, added yellow glitter around the eyes. We were both very pleased with the results.