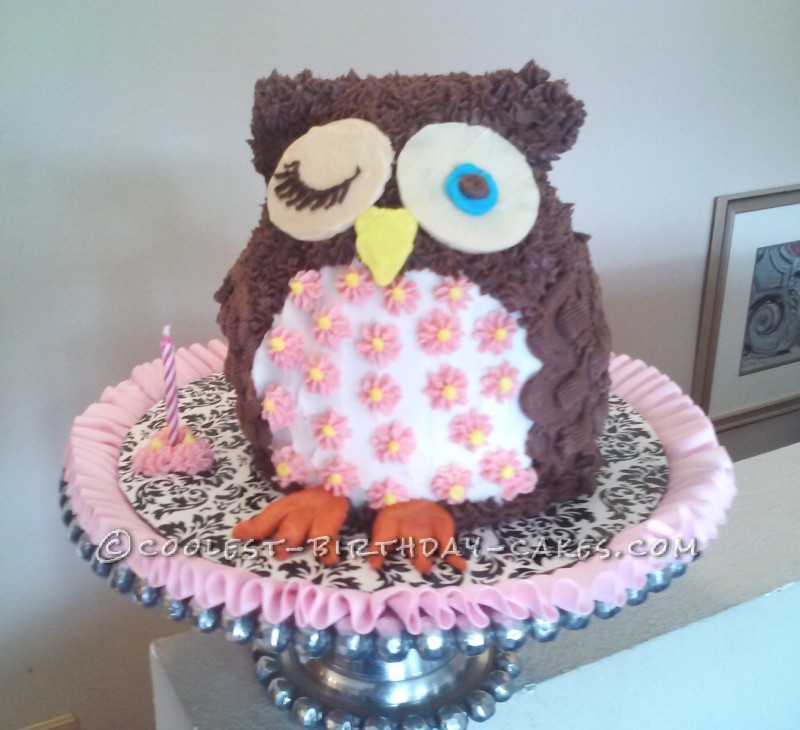 My friend’s little girl has a “Friends of the Forest” theme for her nursery so her first birthday I thought would be great to translate into an owl cake.  This was her smash cake so it was intended to be mashed, played in etc.  It was about 9″ high and 6″ round.

This owl was made up from starting with the circa 1992 Wilton Egg Pan … discontinued sadly but after researching it I found it on Ebay and $21 and it was all mine!  I sliced off the bottom  to make it sit straight and used those pieces to create the ears.

The cake was a HUGE hit, adding the ribbon and the black/white cake round liner to the cake round really amped it up.  So much so that the cake was smashed, the other kids assisted at the party and even after that adults were caught taking a fork to the battered remains of Ms Owl.

A fun cake to make and probably one of the simplest I have done. I think that they need to bring back that egg pan, it is a great shape, great size and I can see so many uses!  I can’t believe that I could get it over 20 years later on Ebay.. crazy!