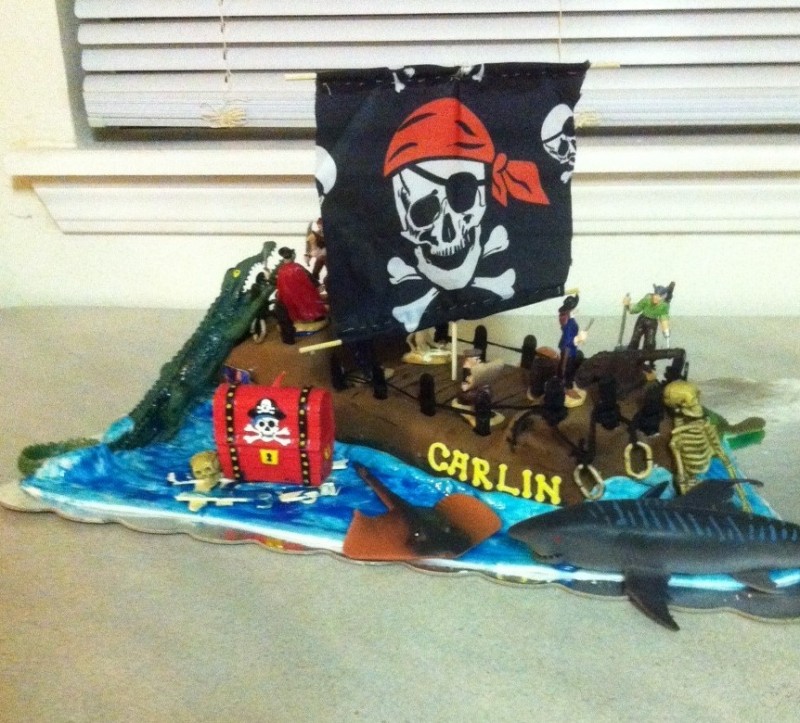 First time doing this. First cake fell apart and had to start all over. Learning as I went. Probably spent more money than I needed to, but it was worth it to see my grandson’s face.  He called the crocodile the Tic Toc Crock.  The party was at a public restaurant and people kept coming up and asking who made the cake.  My proud Mom would smile and point to me. I finally asked her to tell everyone that she didn’t know who made it.

This was a lot of work for me as that I had no idea as to what I was doing.  Did you know that if you freeze the cake before decorating it it’s so much easier?  Yeah that’s right, I didn’t. My son almost broke it in half putting it in the car. I thought I was going to have a heart attack! I had worked a 12 hour over night shift and came home to make this cake. Took me all day and I thought it was going to be ruined before the party even started. It all worked out in the end and my grandson was thrilled with the cake. 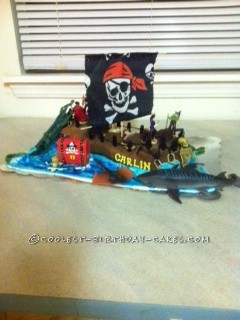