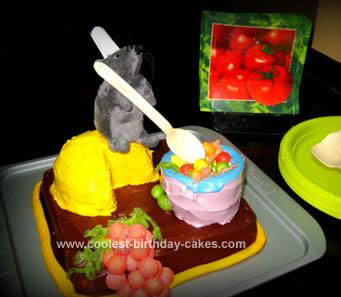 My 2 year old daughter is obsessed with Ratatouille, so I had to make her a “Touille cake” for her birthday. The idea started with having her stuffed rat standing next to a cheesecake, then it snowballed from there.

The bottom layer is a vanilla cake with fudge icing. I trimmed the top off the cake and flipped it over so the new top would be even for putting on the decorations.

The “grapes” are cherry gumballs and sour apple gummy rope that I trimmed to look like leaves and tendrils.

The rat is standing on the cheese but with a plastic straw inserted into its body and through the cheese to prop him upright. I made the hat from paper and tape.

A good tip is to freeze the cakes before you cut them. It made it much easier to work with frozen cake. 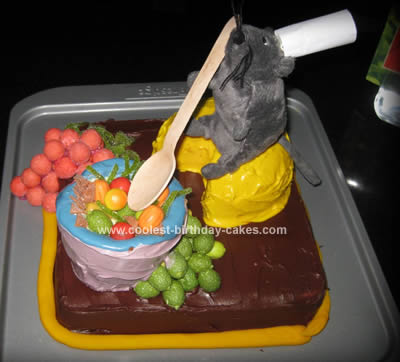 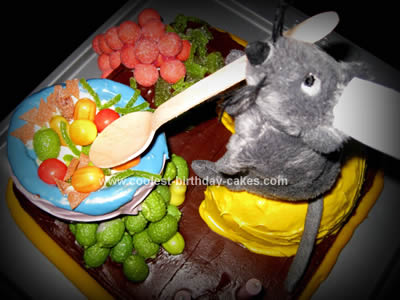