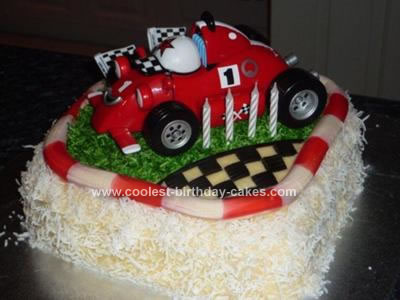 Our soon to be 4 year old son Josh is infatuated with anything with wheels, particularly Roary, Mater and Lightning McQueen. After making a Mater cake (which was incredibly time consuming) for his 3rd birthday we thought we would make a Roary The Racing Car Cake. Running out of time we thought we would cheat and make the base but buy a toy Roary to decorate the top which he could then keep as a present afterward.

The cake was a white chocolate mudcake with a vanilla icing. The red and white barrier around the top of the cake is a soft 90cm strawberry and vanilla snake than was trimmed to size. The checkered flag in the corner (front) was simply licorice strips cut to size and layed on the white icing.

Behind Roary, around the 3 flags was store bought coloured chocolate rocks. Grass was coconut with green food colouring. 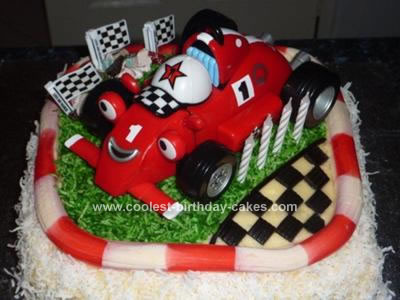 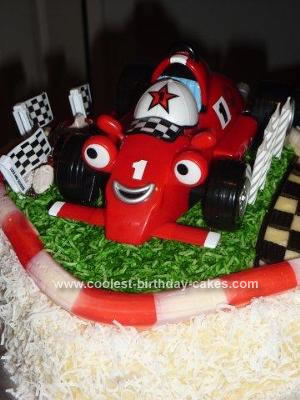 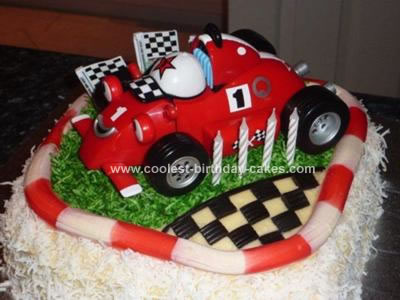