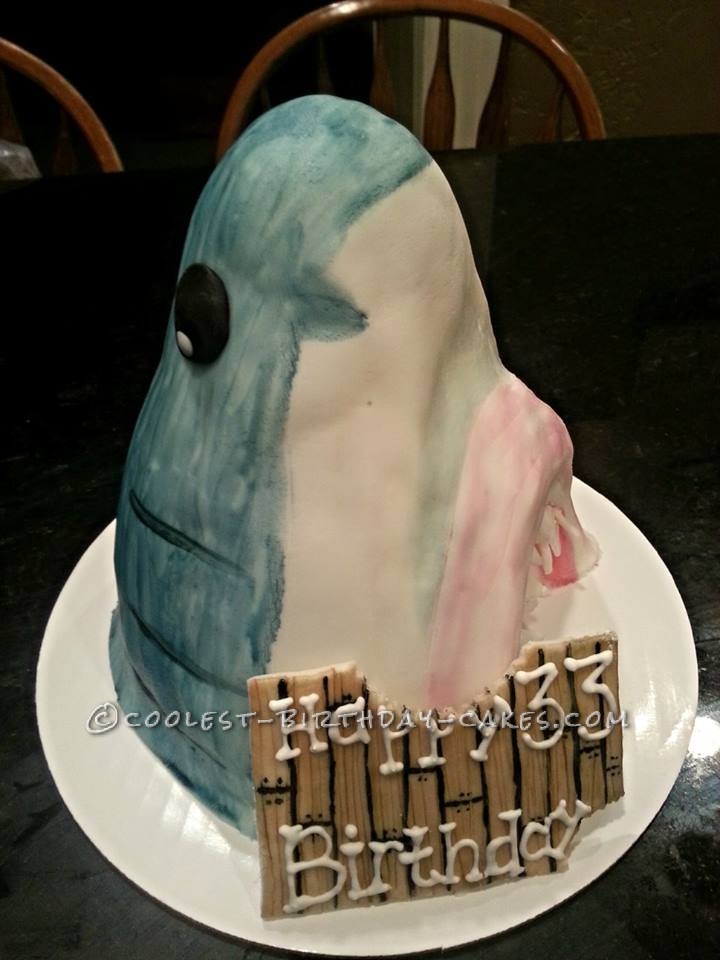 This shark birthday cake was a birthday cake I made for my mother’s 46th birthday. My sister helped me make the cake and she helped with some of the ideas. My mother is a scuba diver and her dream is to one day be able to swim with the sharks, it just so happened that her birthday fell on Shark Week on Discovery Channel this year too. I knew this was going to be her cake! We wrote happy 33rd birthday because that is her favorite number and we thought it would be humorous that she would be aging downwards.

I worked on the cake while she was at work and when she got home she asked what we were up to and we were very vague. She was a little curious but didn’t really pry. After the cake was finished we walked it into he room singing happy birthday. She had absolutely no clue which made the cake that much better because it was a suprise! The cake was enjoyed by the whole family and it was such a blast to make!

The cake was a white and chocolate marble cake with white buttercream frosting and rolled fondant. There was also royal icing involved as a “glue”.

Hope you all enjoyed it as much as we did!