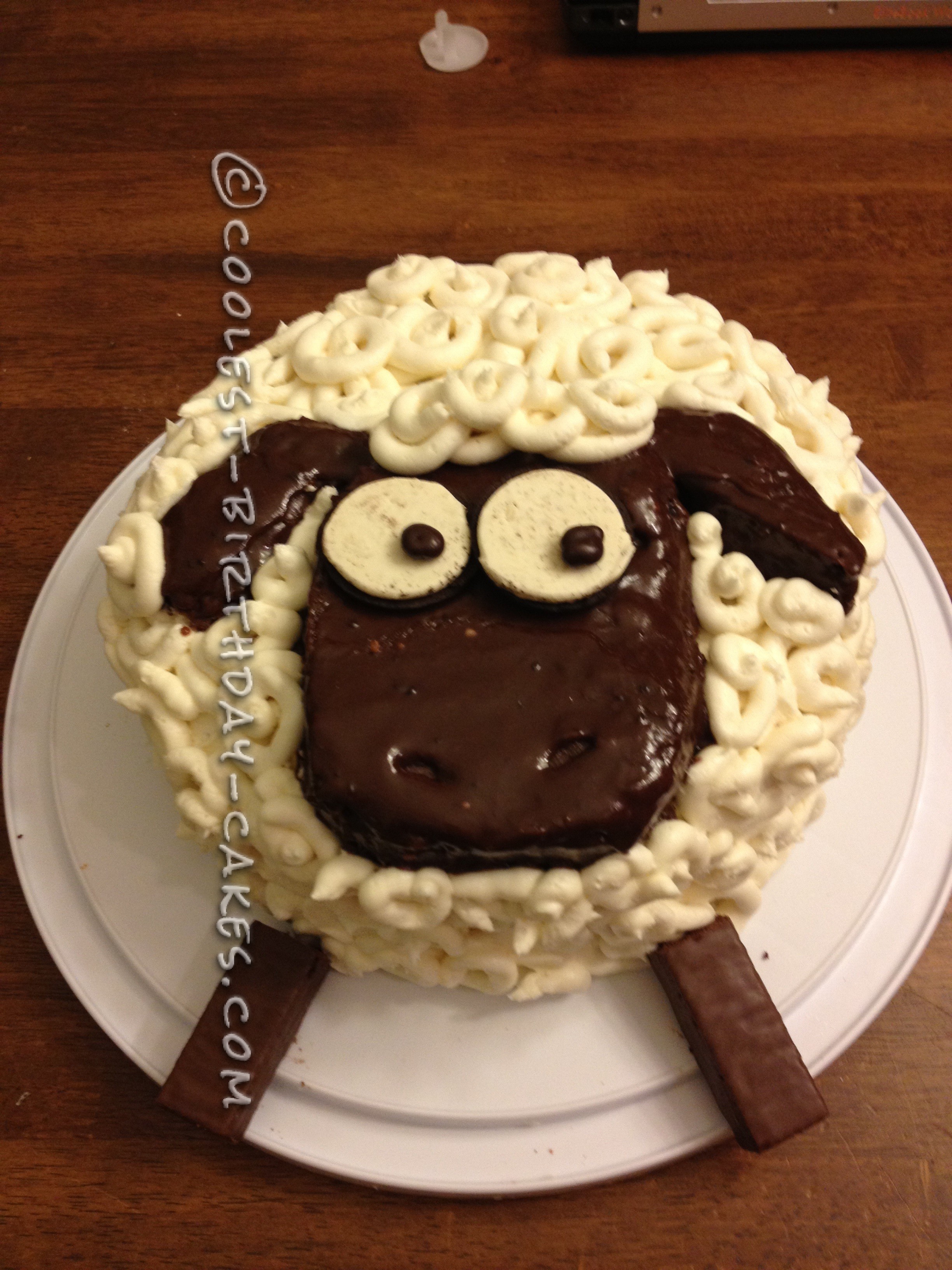 My 2 year old son loves Shaun the sheep, so I decided to try my first attempt at cake decorating. I made a two layer Hershey’s chocolate cake, a  simple buttercream frosting, and cooked chocolate frosting similar to ganache (all from scratch with the exception of the eyes and legs–and all recipes found online with all natural ingredients). After The cake cooled, I frosted the bottom layer with a good amount of butter cream frosting on top and thinner on the side.

I frosted the top layer with a very thin layer of butter cream frosting. Using a cake decorator tip and bag, I made little spirals out of the butter cream for the body coat of the sheep leaving space to put the sheep’s face. I made another sheet  cake that I shaped into a train and with the leftover pieces from that, I cut them into the shape of the sheep face and ears. I placed the sheep’s face and ears on the empty spot of the cake and I frosted it with the chocolate frosting.

Then I put some more spirals of the butter cream around the edges of the sheep’s face and ears to cover up any bleeding of the chocolate frosting. Next I separated Trader Joe’s Oreos and placed them cream side up to make the eyes and used chocolate covered pomegranate seeds from Trader Joe’s for the pupils. Lastly I used Keebler fudge sticks for the legs. If you’re not using it right away refrigerate it because sometimes the spirals can fall off if it gets too warm.

It was a big hit especially with the kids! 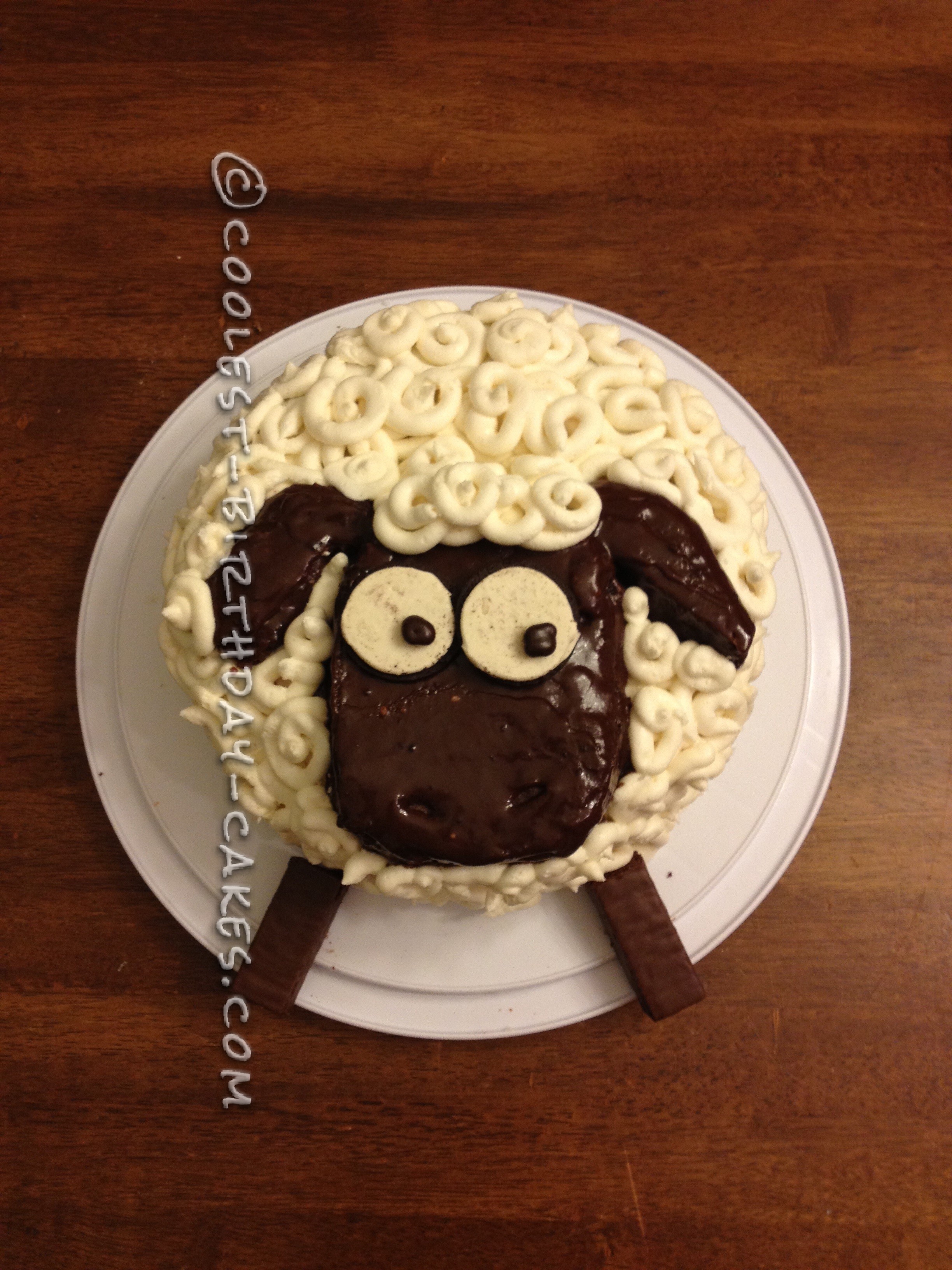 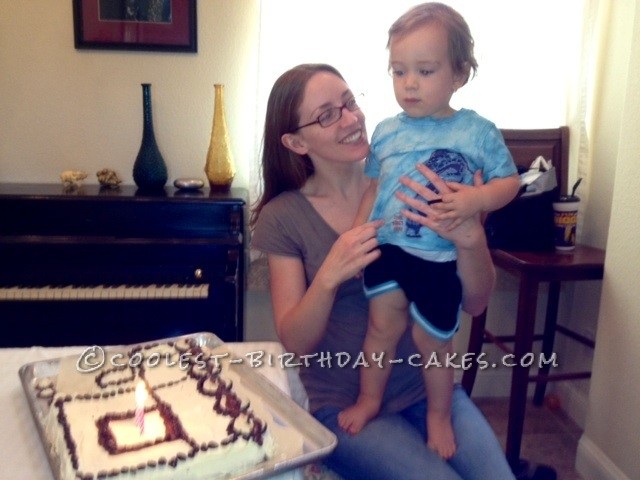