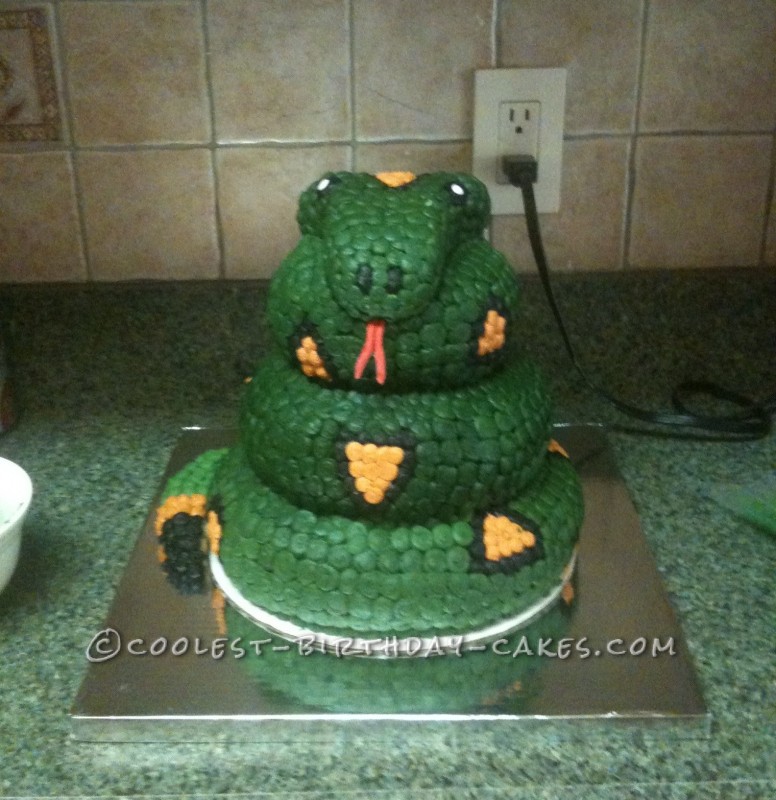 When my friend asked me to make a snake cake for her 6 year old son, I had no idea where to start. I am not a professional and this was the first cake that was not for one of my own children – it was  little nerve-wracking. I found a few pictures and I just loved this idea – it was not too realistic, nor was it babyish.

I started with a 10 in cake, an 8 in cake and a 6 in cake – 2 chocolate and 1 vanilla, filled with cannoli cream. Before I stacked them, I rounded the edges a little to make it look more like a snake’s body. I actually had to do this twice – once I put it together the first time, it still looked a little too square. So I took it apart and did it again. Once stacked, I used a #12 tip to dot butter cream over the entire cake. This took a lot longer than expected and my hand was cramping when I was done, but it was so worth it. After the butter cream crusted, I smushed each dot down so that there were no peaks.

The head is made with molded Rice Krispie Treats and a red fondant tongue.

This 6 year old absolutely loved his cake – the smile on his face when he saw it was just priceless.  But I have to say that this was one of the hardest cakes to cut into. 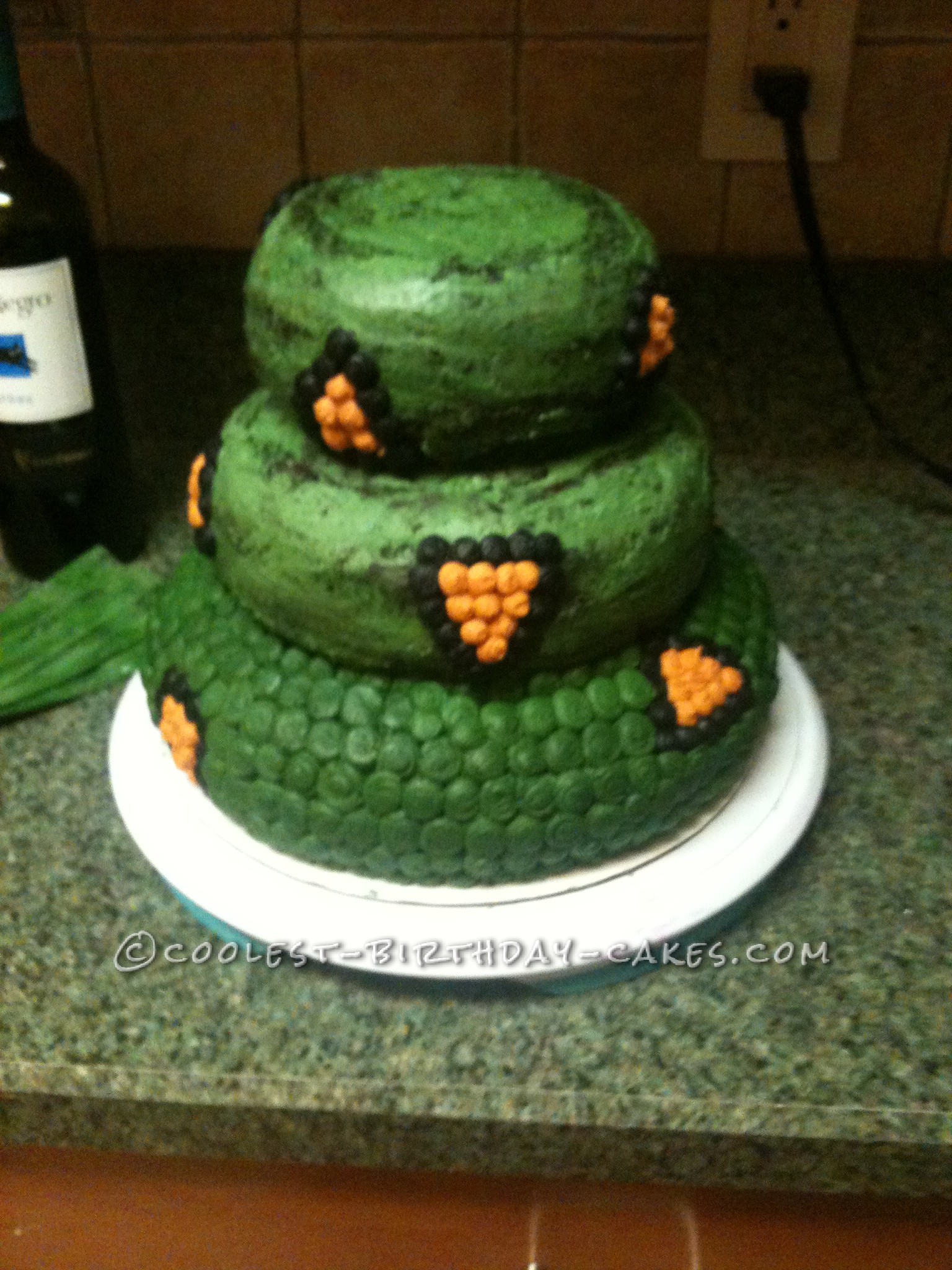