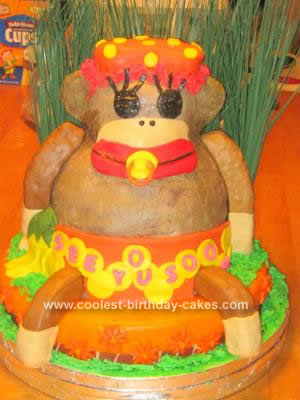 I was asked to make a 3D Sock Monkey Baby Shower Cake! I had never made a monkey as a cake never mind 3D! So, I made a 12 inch circle cake as the cake for the monkey top to sit on. I then baked two bundt cakes, cut them each in half and filled them will a vanilla cream filling (all the cakes were chocolate).

I made another two 8 inch circle cakes. I filled those two cakes with filling. I used a bunch of dowels to keep “Mr. Socks” stable and sturdy! Rice krispie treats-store bought was used for his arms, legs and tail. I used fondant and frosting for the body and only fondant for the arms, legs and tail.

I then delivered Mr. Socks to his new home and the parents to be were more than happy with how he looked and tasted. I also made 15 cupcakes that went along with him! 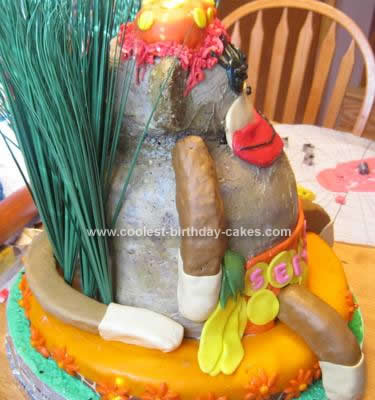 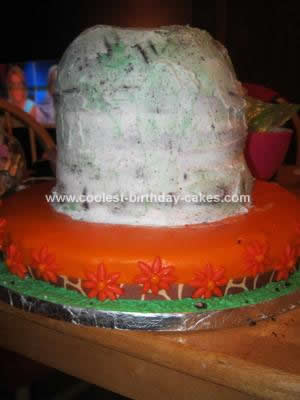