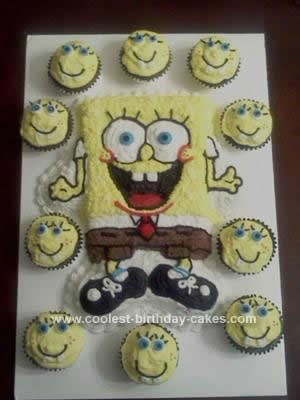 This Homemade Spongebob Cake was made for my 5 year old to share with his friends on his last day of school!

I used the Wilton Spongebob pan to create Spongebob! The directions were followed, the entire cake was piped with tip #18, but in the prospective colors. The outline was tip #3, Eyes #12, & shell border #21!

Since the character pan cakes don’t feed a lot, I opted top do cupcakes also! They were iced in the lemon yellow with tip #12, as were eyes! The lashes, mouth and teeth were tip #3 and freckled were tip #1! 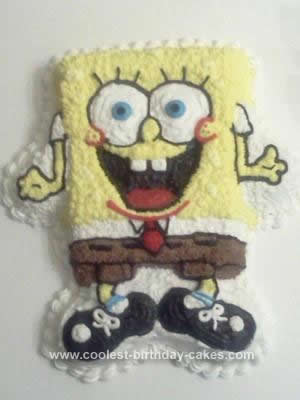