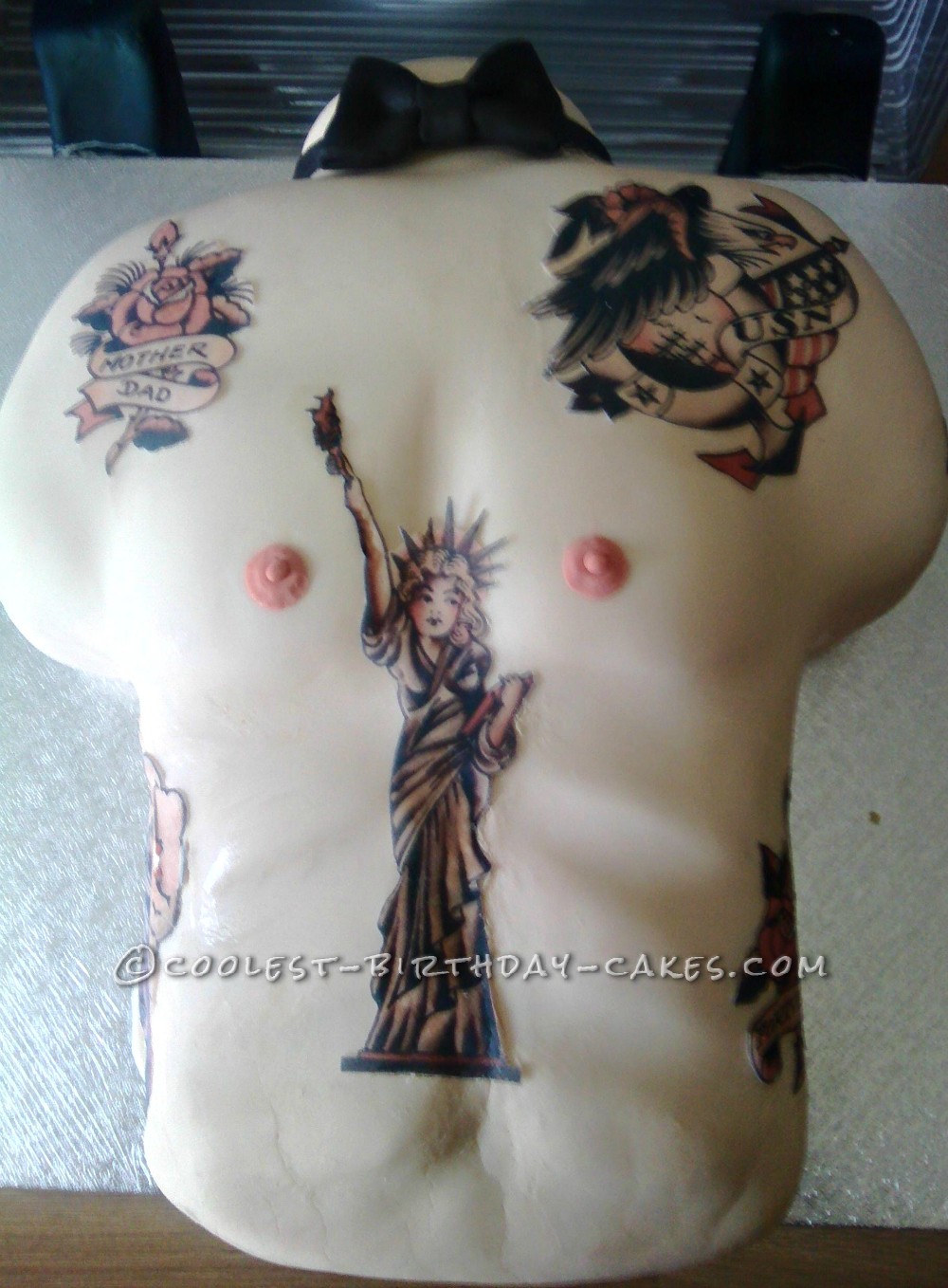 I made this tattoed torso cake for the opening of my cousin’s tattoo studio named Magnum Circus. Paul is one of the top 50 tattooist in the world, so I wanted to do something impressive. It was a last minute decision to do this cake as a surprise!

The first pic is a male tattooed torso. I used a shirt shaped baking tin.

The second pic is a three tiered cake representing a Big Top Circus and decorated in the style of the studio.You’ll notice the name of the studio encircles the bottom tier.

My intentions were to stand the torso on top of the 3 tier cake, but it was so heavy that I couldn’t.

If I ever make another one I will definitely give myself more time to work out how to accomplish my original idea. 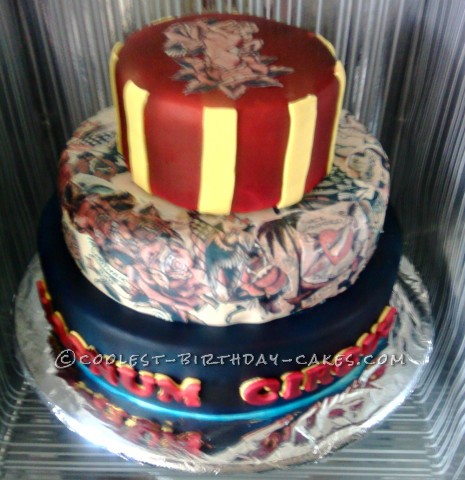