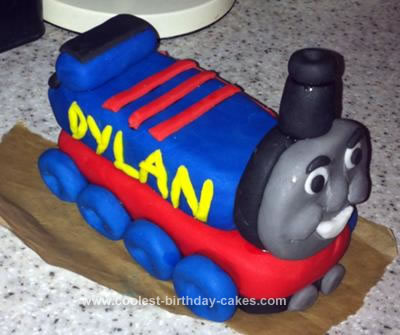 I only started making cakes last year, it started off just basic cakes like Victoria sandwich etc. I made my mum a birthday cake and it was the first one I covered in fondant icing, after that I loved making cakes and decorating them. My cousin was quite impressed with some of the cakes I had made so she asked me to make a birthday cake for her son’s 2nd birthday party. At first it was supposed to be Fireman Sam then it changed to Thomas the Tank.

I planned to make the cake as just a large 12 inch square with a plastic Thomas toy on top as I didn’t think I would be able to make the Thomas from icing. I had a look online and got some more ideas so then decided on a two tiered round cake. A few weeks before the party I tried to make the Thomas figure from icing, it worked out quite well so I decided I would just make another one for the cake instead of using a plastic toy.

The cake took 8 hours to make, luckily my friend helped with some parts otherwise I don’t know how long it would of took! The next day I took it to the party feeling very nervous as there was around 20-25 people there who would all be getting a bit of the cake! It was a great success and I was very proud of the cake especially as I only made my first one a year ago. Hope you all like it! 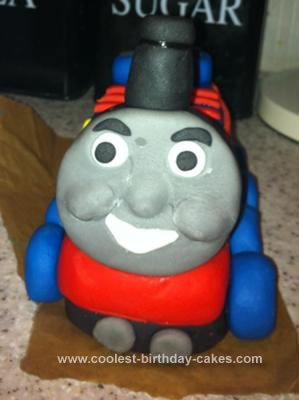 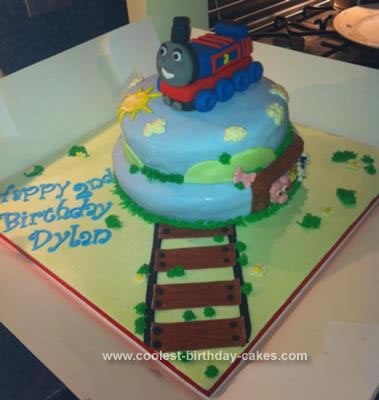 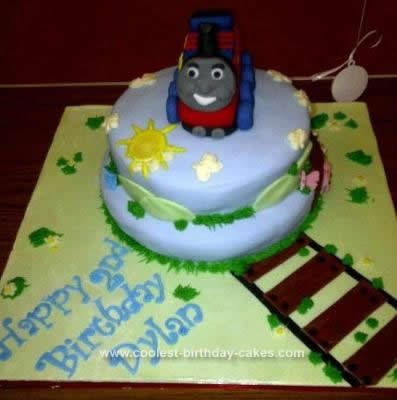