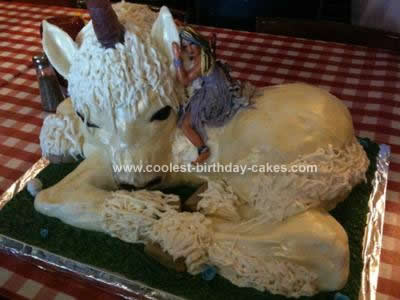 I hand molded the fairy to look just like my cousin and the little dog behind her is a replica of my cousin’s puppy that she had gotten the day before for her birthday. I spend about 3 days on the cake and I think the most helpful tip I can give anyone who wants to try a cake like this is to NOT use a boxed cake mic (pound cake recipe or not) and find a good sponge cake recipe.

I would also say that if you are going to have to do any molding or detailing on the outside of the cake then its a good idea to try modeling chocolate for the outside layer.

I think that’s about it! Thanks for allowing me to post my cake picture! 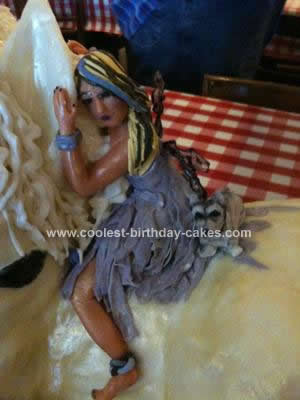