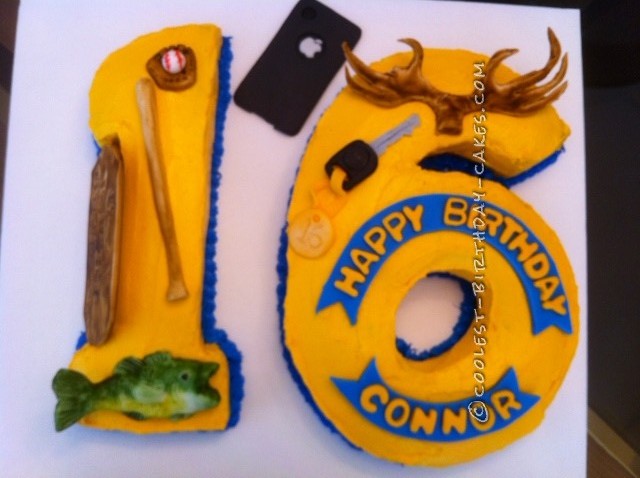 For my grandson’s sixteenth birthday (I really can’t believe he’s that old!) and knowing him as well as I do, I knew I had to make him a really special birthday cake. In the past, I’ve made baseballs, pirate treasure, army tank – you name it. So, I wanted this cake to be different and to reflect the things that interest him. I decided on a giant number “16” decorated with items meaningful to him.

First I baked two sheet cakes: one chocolate and one marble – his favorites! Because the cakes were so big, I prepared a foam board “plate” to serve them on. When they were cooled, I trimmed each one into a number one and a number six and placed them side-by-side on the board. I then chilled the cakes for several hours, gave them each a crumb-coat of icing and chilled them once again.

I tinted white icing gold and blue, which are the colors of his high school mascot and his favorite university. I iced the numbers with the gold icing and used a wet knife to get a very smooth surface on each cake. I then piped blue icing along the edges for a clean and finished look.

I colored fondant in blue and gold, rolled it out, and then cut it into letters and ribbons (HAPPY BIRTHDAY and CONNOR) and placed them on the bottom half of the six.

My grandson loves to play baseball, hunt and fish, and now that he is old enough, drives a truck. I colored fondant and molded a baseball bat and placed it on the cake. I rolled a small ball of white fondant for the baseball and let it dry. After it dried, I used a tiny paintbrush, some gel colorant and a little vodka and painted the stitches on the baseball. I molded fondant into a baseball mitt, placed the baseball in the mitt, and then placed it beside the bat.

I molded colored fondant into a key and made a key chain. Using a toothpick I etched his initial into the key chain disc.

He loves his phone, of course, so I rolled out black fondant and cut out two layers in the shape of an iPhone. I cut a small disc out of one, layered them on top of each other, and cut out a small “apple” free-handedly and placed it in the cut out section. The actual cake was getting pretty full, so I placed the “phone” beside of the cake.

Using white fondant, I fashioned deer antlers, shotgun shells and a fish and then painted them with colorant and vodka. Note: Vodka makes the gel colorant thin enough to paint with but evaporates and lets the “paint” dry. After they dried, I placed the antlers on the top of the “six” and placed the shotgun shells between the numbers. I am especially proud of the way the fish turned out. I molded the fish so that its tail stood away from the cake. I used the colorant like paint, and the colors blended well while they were wet. I placed the fish on the bottom of the number “one.”

My grandson has created an Instagram page (MH OUTDOORS) that highlights fishing and hunting. It has over 4000 followers and has become a business for him! To honor his accomplishment, I created a nameplate for his logo “MH OUTDOORS” from fondant and painted it to look like it was made out of wood. I leaned it up against the number “one.”

Since there wasn’t any room left, I declared this cake finished! When I delivered it to my grandson, and I proudly showed it to him and the family and friends at his celebration, he was so impressed and happy! Oohs and aahs and “how’d you do that?” filled the room! My grandson declared this cake as “the best one yet!!!” 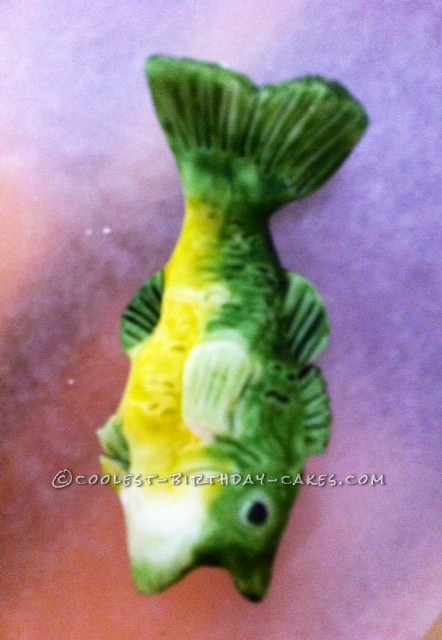 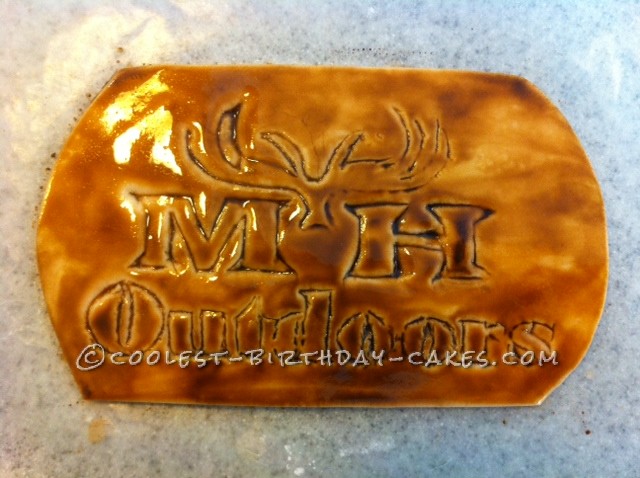 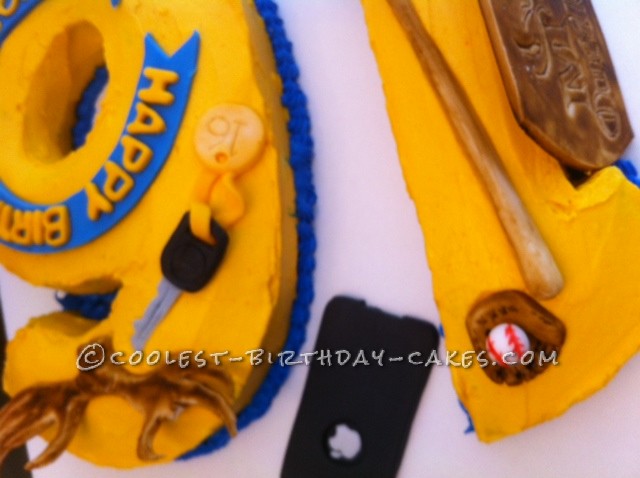 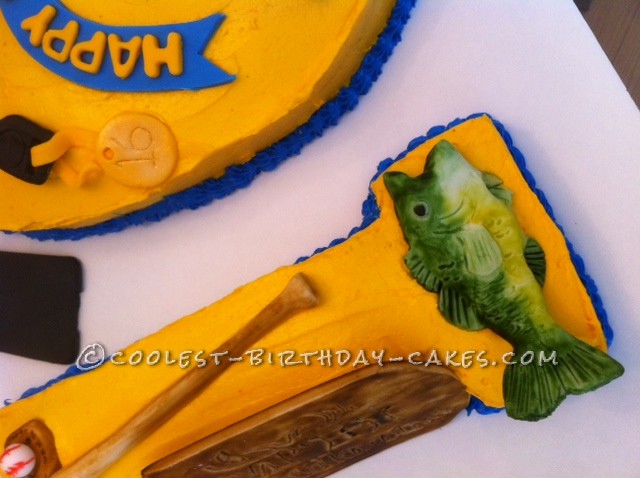 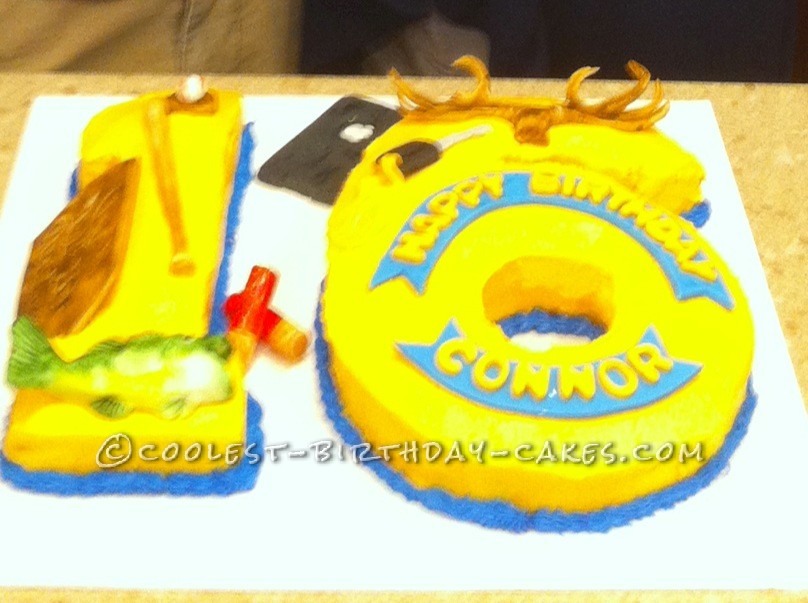 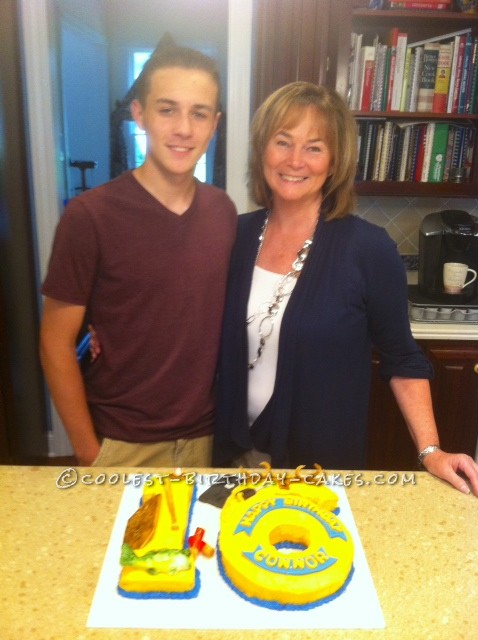