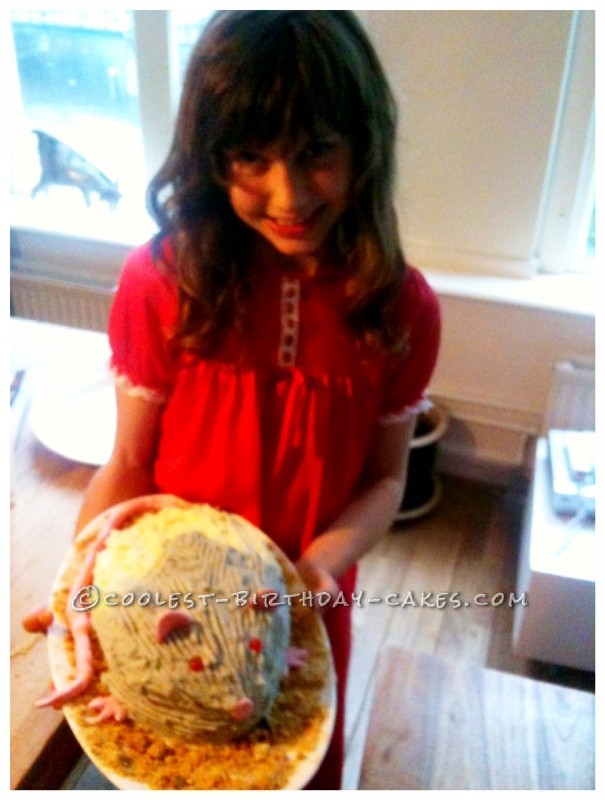 My 9 year old wanted to have a birthday party for her pet rats, complete with cake. She loves to bake and decorate, so she did this with only a little help!

First, she made a vanilla cake and baked it in a 9″ springform pan. She trimmed the cake into an oblong shape when it had cooled. Next, she made a simple butter cream frosting from butter, powdered sugar and a little vanilla. Half was colored grey. She frosted half the cake with the grey frosting and half with the uncolored, then with a fork, she made patterns over the frosting to resemble fur.

The eyes were red jelly beans and the feet, ears, tail and nose were shaped from pink fondant. She crushed cookies and arranged on the plate to make it look as if her rat, Nika, was playing in the dirt. My daughter even added a fondant worm for that  “extra” touch of realism.