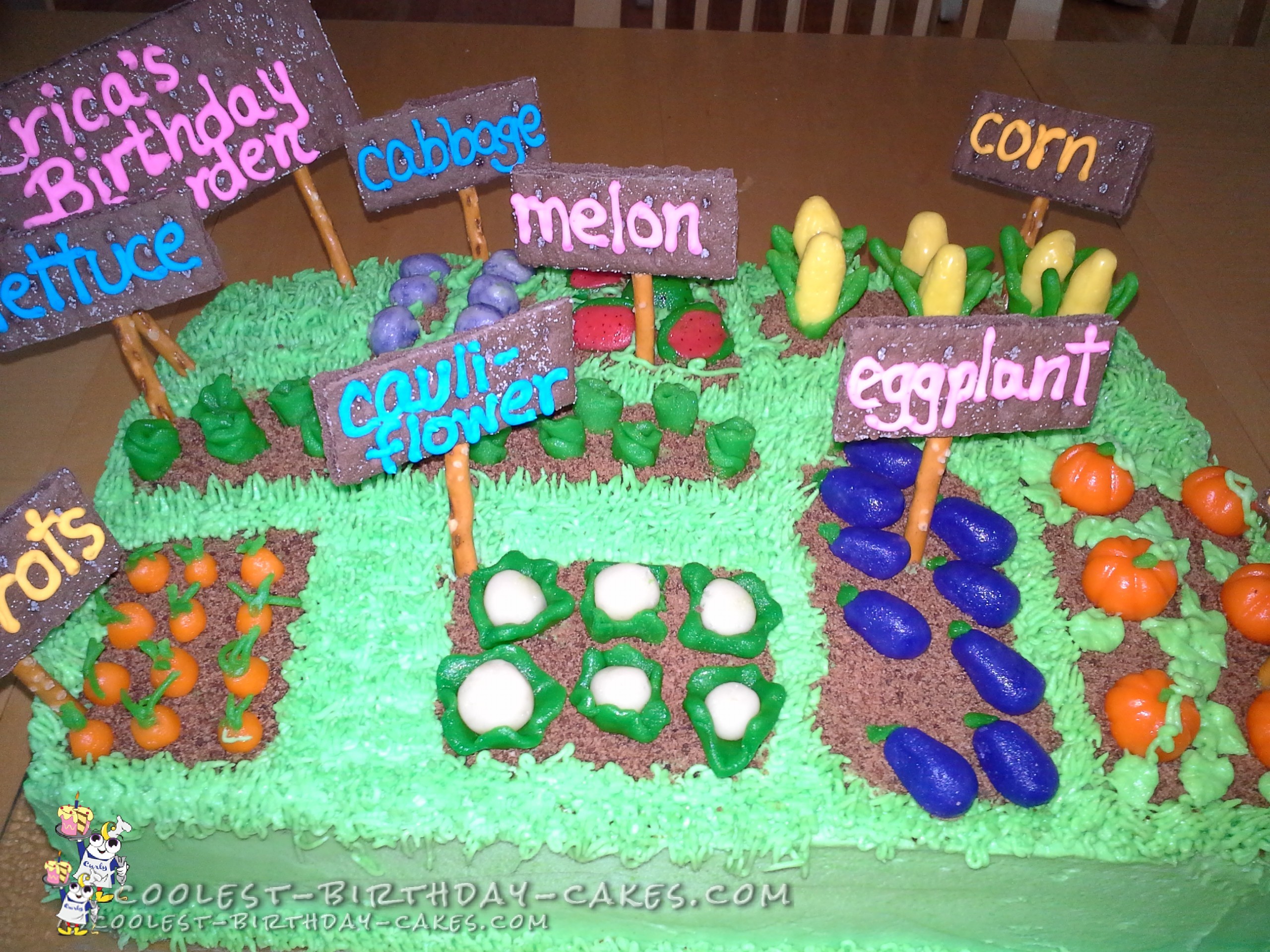 My 8 year old daughter loves to plant things in our teeny, tiny backyard, so I decided on a vegetable garden cake for her birthday.  Since I only had a week to plan two parties (my son’s too), I needed the easiest cake possible.  The cake ended up serving over 30 people (generous pieces).

How I Made My Vegetable Garden Cake

The guests raved about the cake and it looked perfect when we served it in our backyard next to my daughter’s carrot garden.  Enjoy!