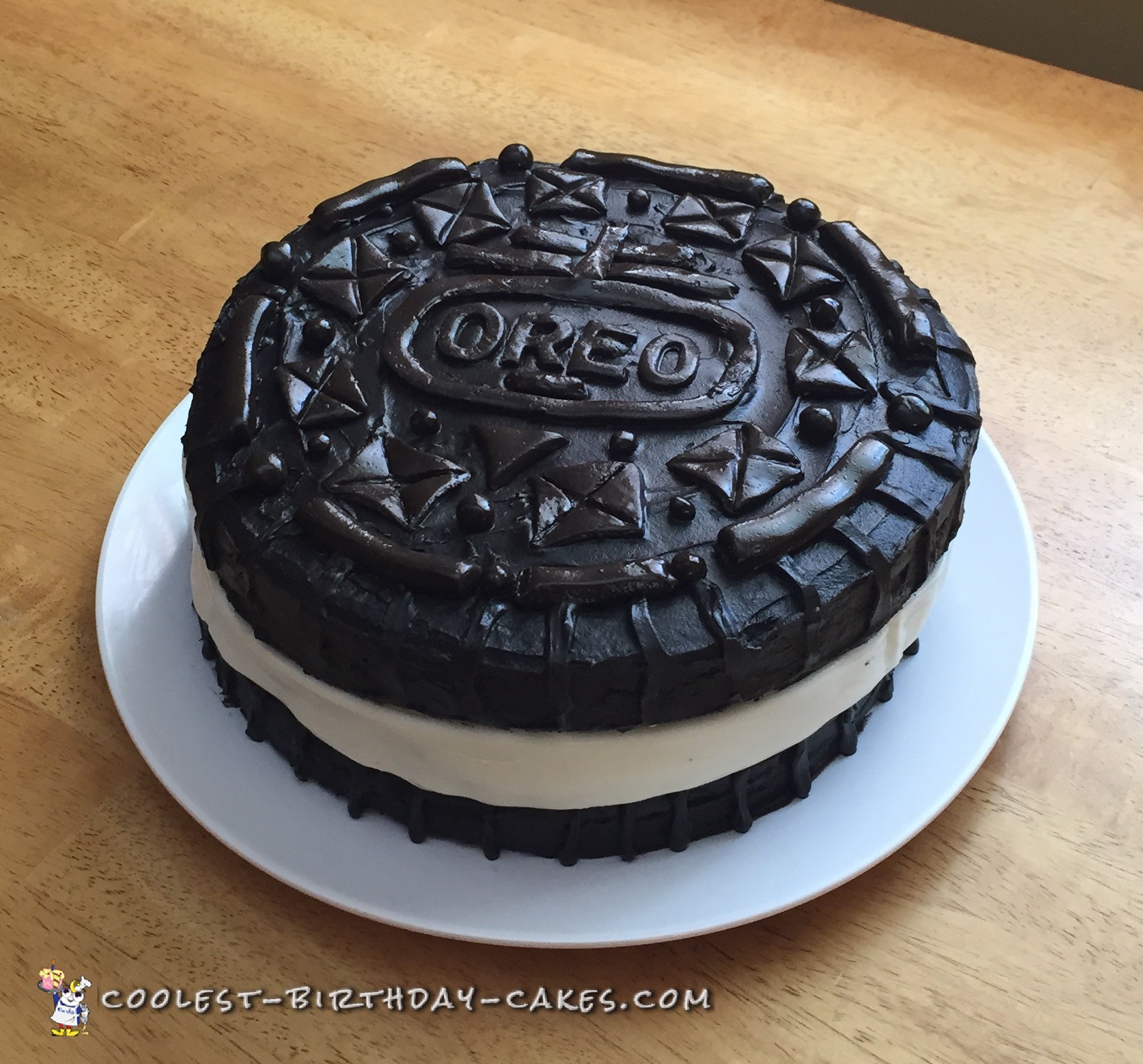 I made this giant Oreo cake for my daughter’s 10th birthday (her choice). It is a 3-layer cake (middle layer cut slightly smaller) frosted with chocolate buttercream tinted with some black gel. All of the details are marshmallow fondant tinted the same color. I shaped everything freehand and placed on the cake. The OREO letters were formed with letter candy molds. The white ‘cream’ layer is a strip of white fondant wrapped around the cake.

I thought this would be fairly easy to make but it wasn’t AT ALL. I made many errors and had to remake many parts. I worked on this until 3am!

Besides my daughter, the cake was the star of the party. The hours and frustration were well worth it!