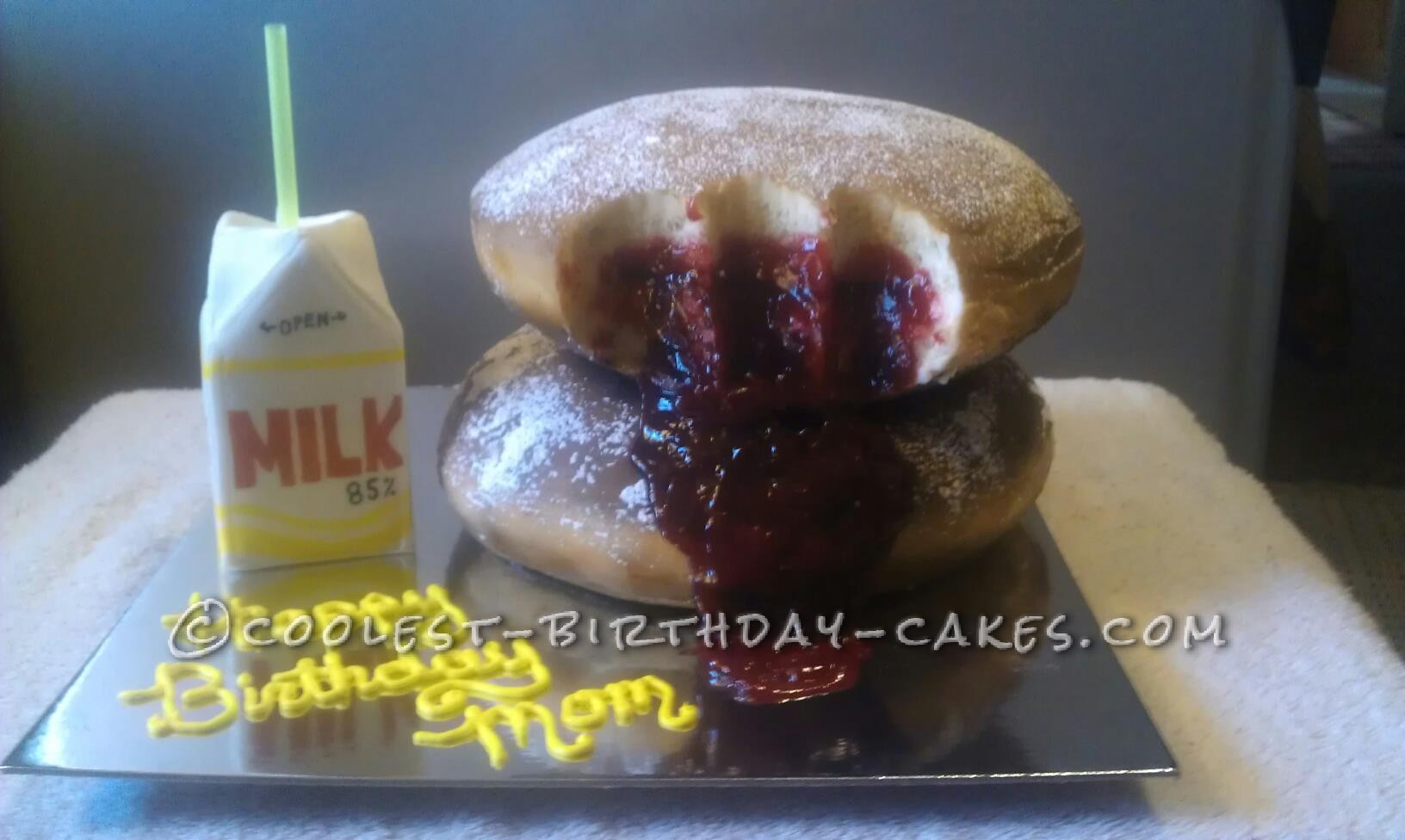 This cake was for an 84 year old grandma ordered by her grandson whom is very close to her. When I asked him what her interests were he said she loves jelly donuts, could I do a jelly donut cake for her? Well, I thought this was a little strange but sounded like it would be fun. My idea was to make two jelly donuts, one sitting on another with a bite taken out of the top one with jelly running down them both and a carton of milk.

I was a little nervous, I never did a cake that needed to look this realistic before. I started out making four cake layers. They were two layers for each donut. I then trimmed the top and bottom of each cake, similar to carving a pillow cake to resemble the donuts. In the middle of this, my sister, who is a co-worker of the grandson told me the story behind this cake. It seems that Grandma has Alzheimer’s and her grandson is her world. She has her good and bad days but is failing.

Well, after I heard that U knew this cake had to be the best cake shes had. Just a little pressure! So, back to making this special cake. Luckily, I had just purchased an airbrush. This was the first time using it. A lot of firsts here! I airbrushed and airbrushed with different colors until I saw what I was hoping for. When I stood back and looked at it, I was so proud. It looked just like two jelly donuts!

This cake was pretty straight forward without much drama to it. The best part and the biggest reason I think most of us cakers do this for is making that person’s occasion that more special and memorable. Grandma was having a good day that day. They had a family dinner for her and when they asked her what she wanted for desert, she said a jelly donut. They brought the cake out and Grandma couldn’t believe it. I was told that’s all Grandma and the guests talked about the rest of the afternoon. This was definitely one of my proudest caking moments!