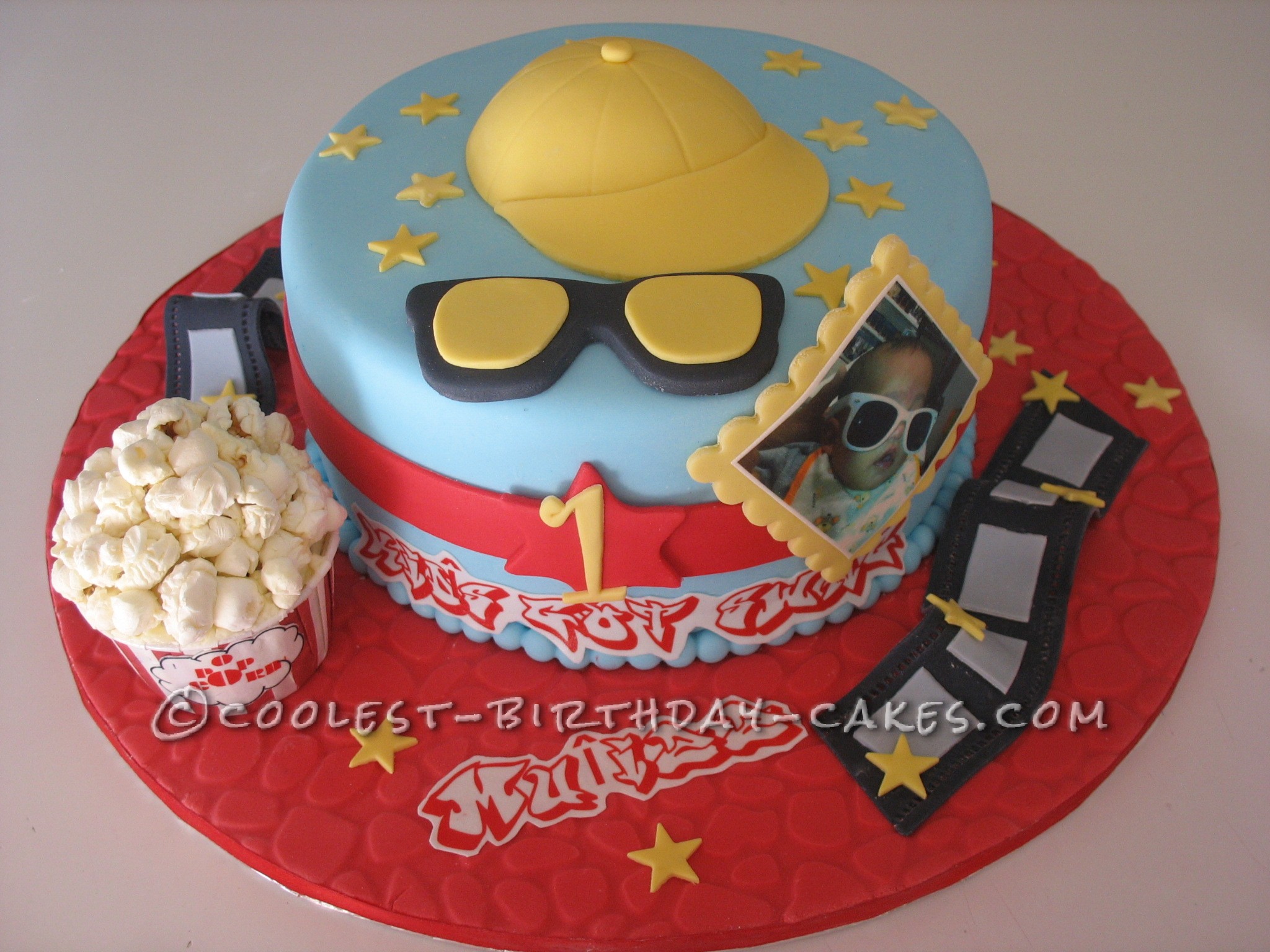 My friend asked me to make this cake and I had NO IDEA what to create to portray the “kid’s got swag” concept! I looked up the meaning and thought, OK it basically means “cool”. So shades were a definite, maybe a peak cap, and something to show stardom – film star, rock star… So I thought film reels, red carpet, etc. But because it was for a one year old’s birthday I had to keep it soft though and went with a light blue background. The rest is not too bad I think in terms of color. It is nice and light in terms of the execution. I totally loved making this cake in the end.

The edible picture of the birthday boy in shades is placed on a square piece of fondant, rolled with an impression roller to give it interest. The peak cap I cut with a circle cutter then molded it on a little ball covered with cling wrap and dusted with cornflour, the peak part I also cut with the circle cutter. The shades I cut with a cookie cutter shaped like Wayfarers. Then there are the film strips, which is fondant strips and the popcorn is a cupcake. The popcorn is real and the word “popcorn” is a sticker I placed on the paper cup. The child’s name and the slogan “kid’s got swag” is on edible paper.