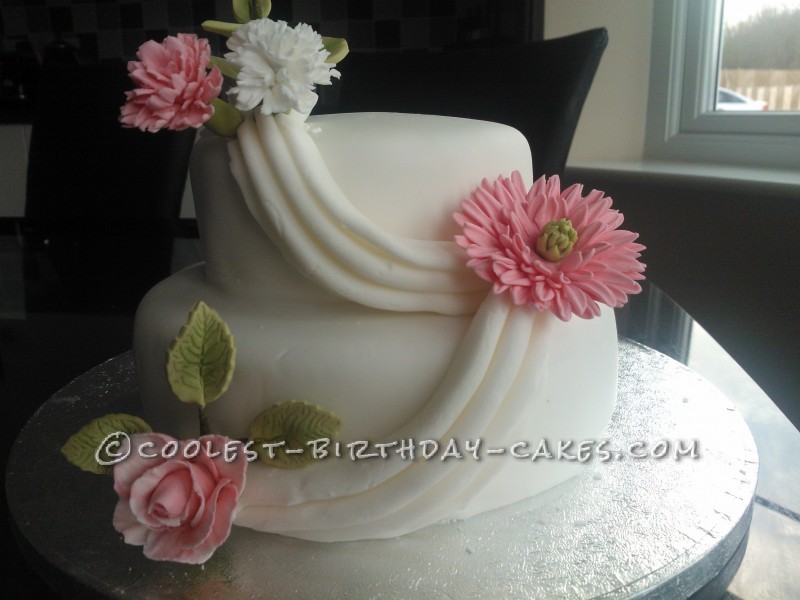 I have always wanted to be able to create sugar paste flowers, so I purchased a book simplifying sugar flowers. I personally found it a little difficult to follow but managed in the end. I made the roses the way the book described but since found that it is easier to make them with a rose cutter. The same goes for the carnations, it is easier to use a cutter and they look just the same.

After making the flowers I wanted to show them off. I always like to watch Cake Boss and during an episode I saw a cake similar so I thought I would give it a go. Obviously this cake is not as good as the one shown on Cake Boss but I liked it and so did all the people at work. The draping is easy to do! Just roll out some royal icing and cut out a thick strip, which is then folded using concertina method. Glue the ends in place and just let the middles naturally, then place the flowers at each ends.