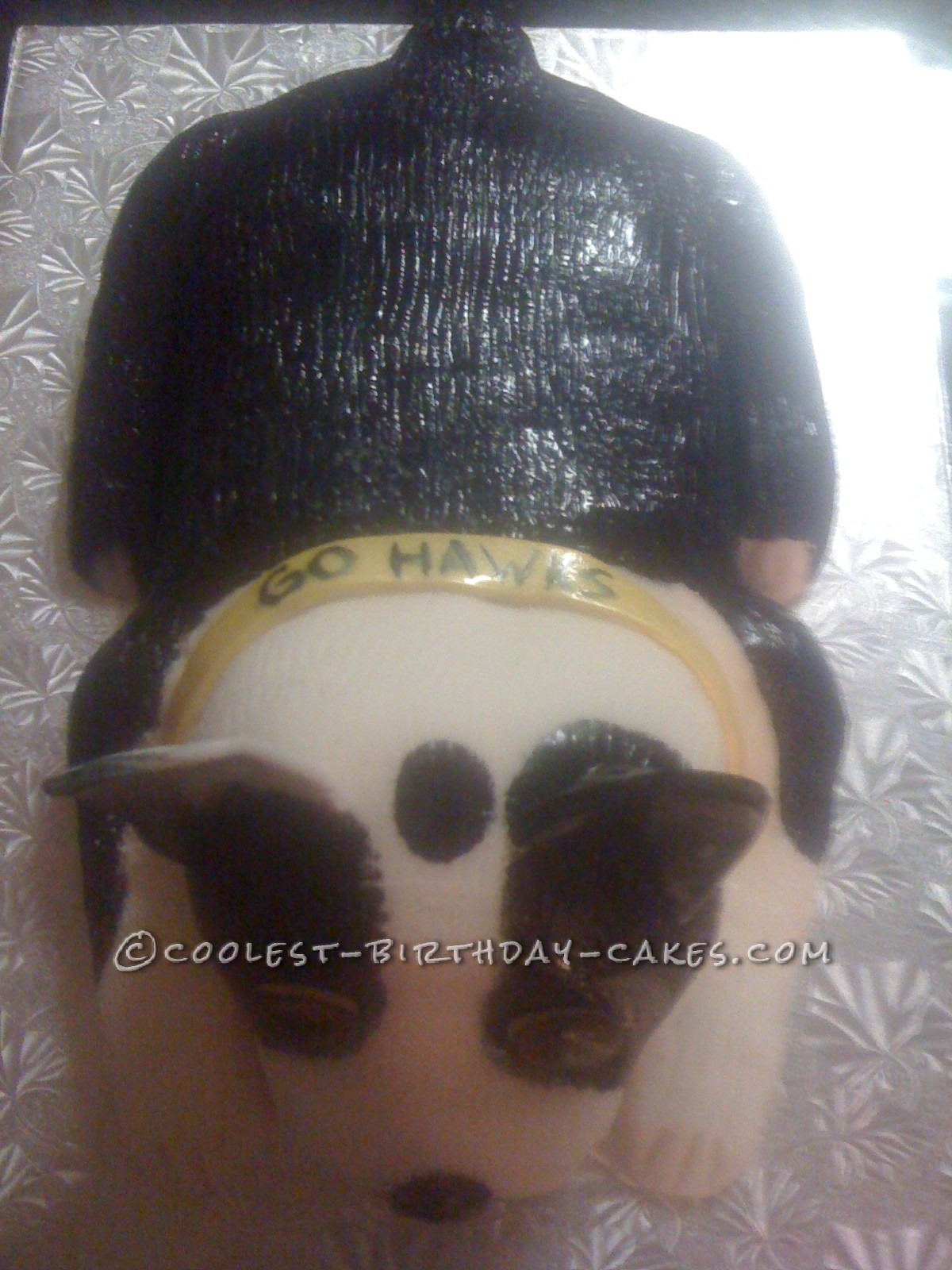 For Father’s Day two years ago, I decided to bake my husband a special cake. You see, he is a cancer survivor and through it all, his best canine friend has been by his side. We got Bunker just a couple weeks before my husband’s diagnosis. Bunker has been there through three surgeries and several rounds of immunotherapy treatments. My husband even uses the name “Bunker” as his nickname on a cancer support website. Many people in the kidney cancer world know who Bunker is. What better way to honor my husband but with his best canine friend. So, I started the process of sculpting and decorating a Boston Terrier cake that looked like Bunker.

The basic shape wasn’t too hard to form, but the snout proved to be a little harder. For that, I used rice krispie treats. The response from family and friends was a big positive. And my husband just loved it. He actually saved it until the following Monday so he could take it to work and share it with his co-workers, many of whom know Bunker personally and thought the cake was a pretty good likeness. They were a little concerned about eating a “dog”, but got over it once they tasted the cake inside (chocolate with chocolate ganache frostng). While you can’t taste the cake, I hope you at least like the pictures.  Enjoy. 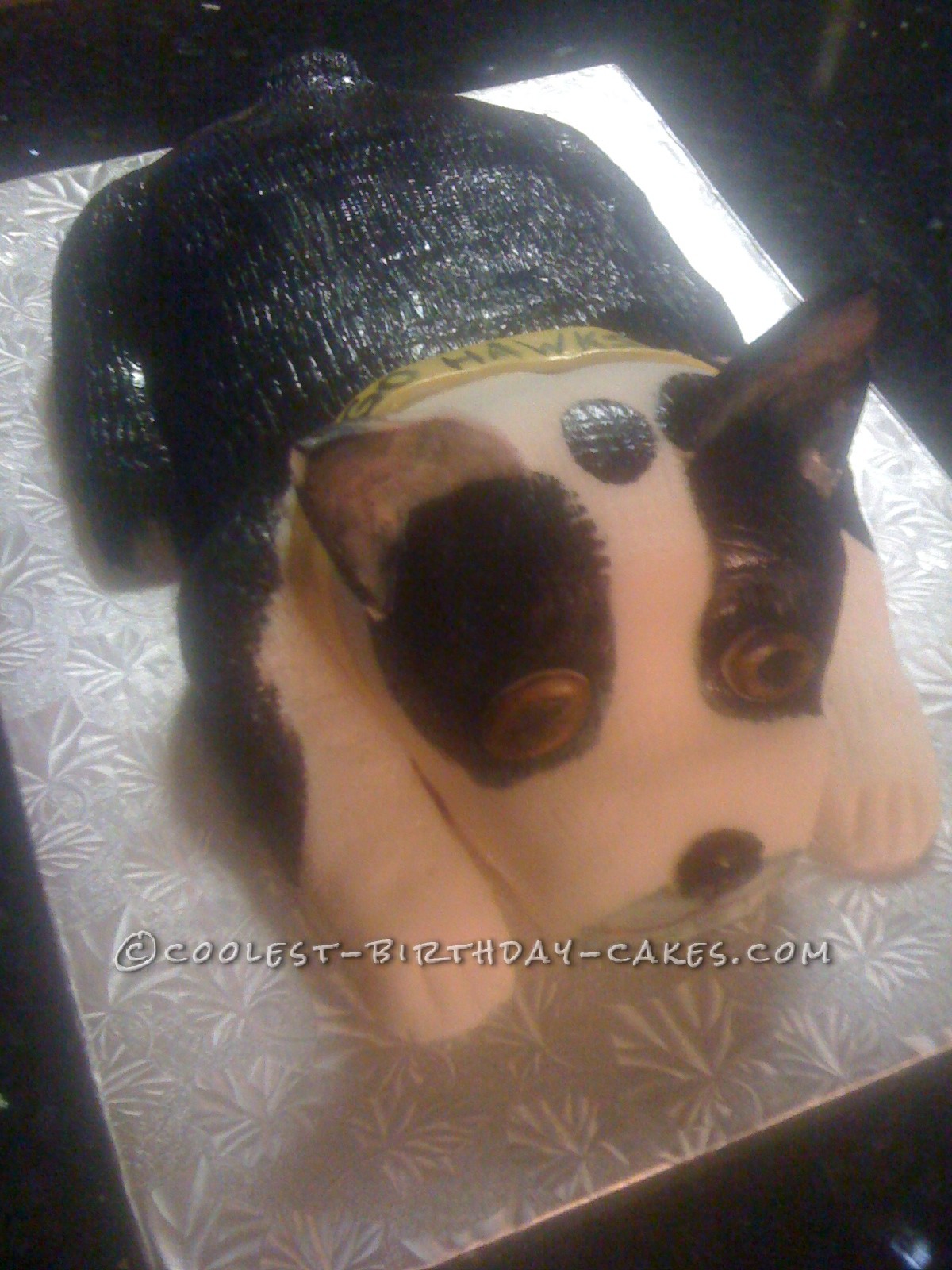 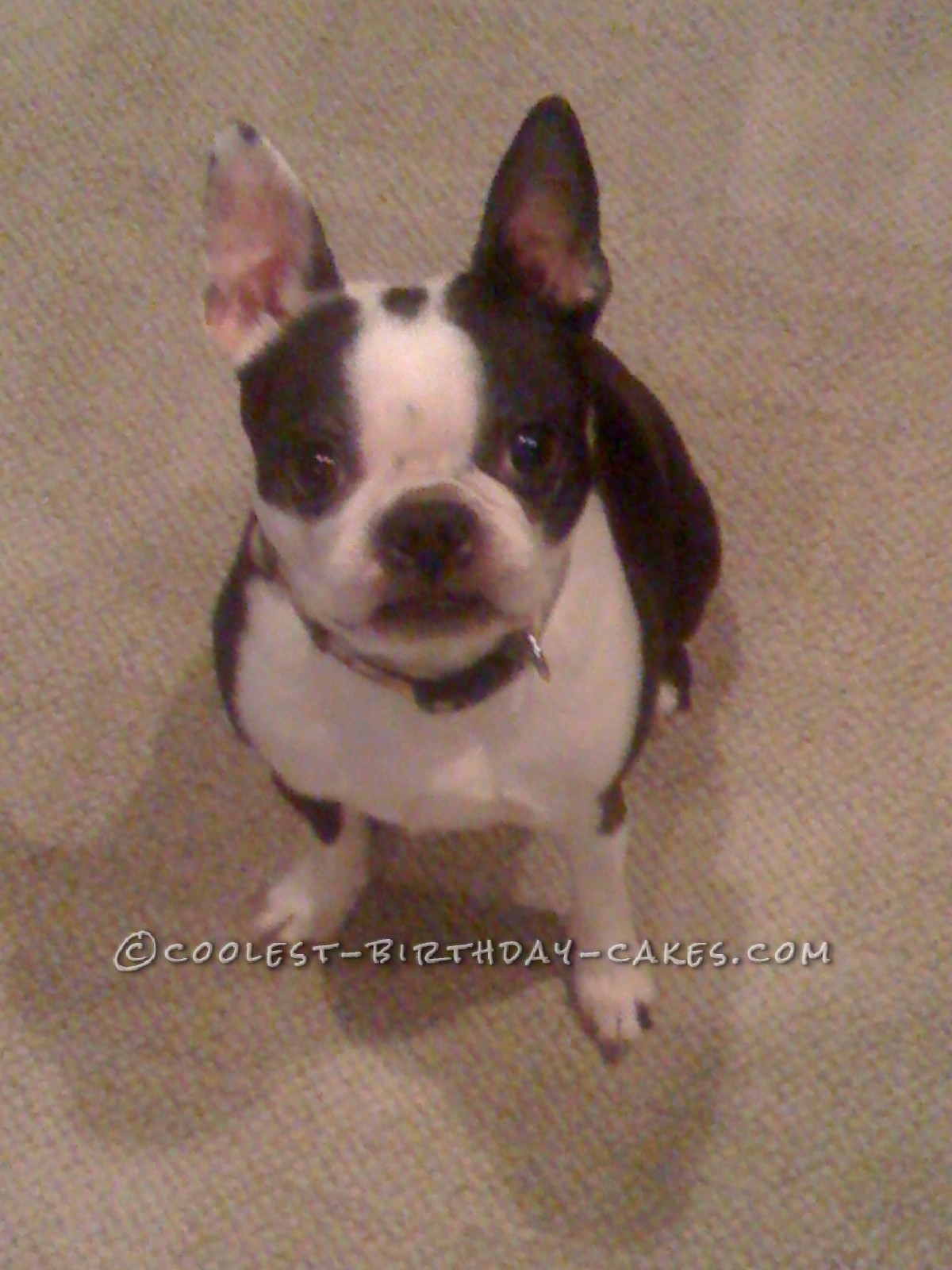