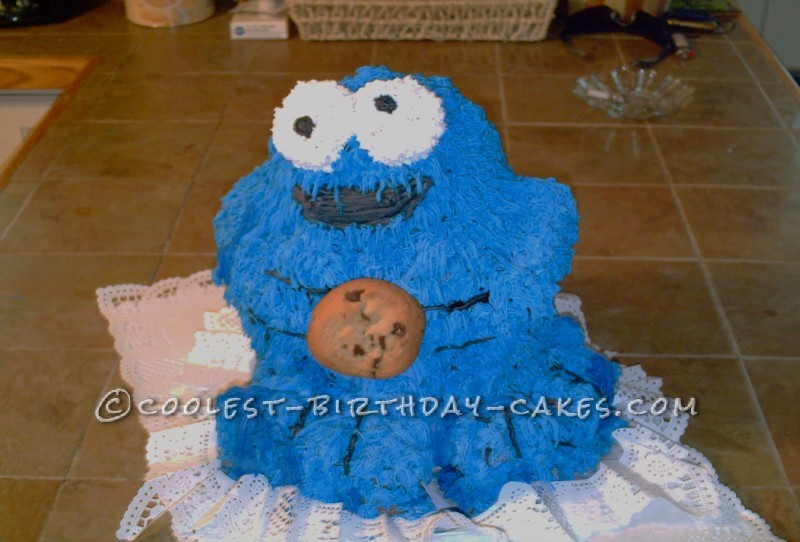 What a time I had with this Cookie Monster birthday cake. I decided I would make a birthday for my grand-son’s first birthday and what an experience that was!  I did fine making the cakes for this project. I had to really put a lot of thought into this design made of chocolate, French vanilla, … Read more 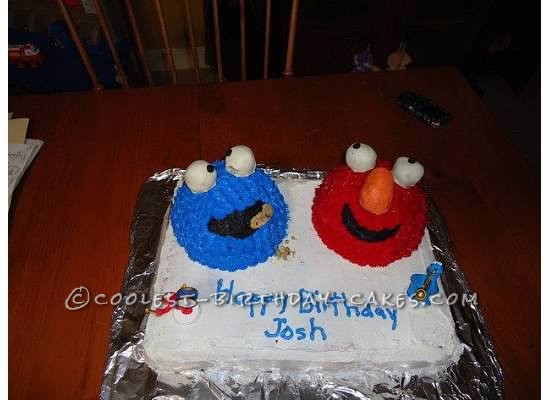 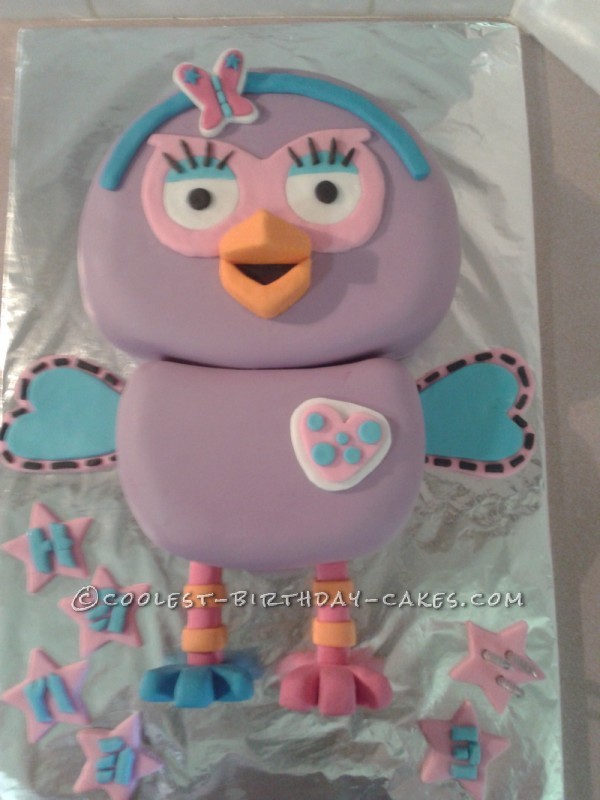 I decided I would make a few cakes here and there to occupy my time now my little man has gone off to preschool a couple of days a week. I have been teaching myself off YouTube on the basic how too’s. I was asked by a friend to have a go at a Hootabelle cake for … Read more 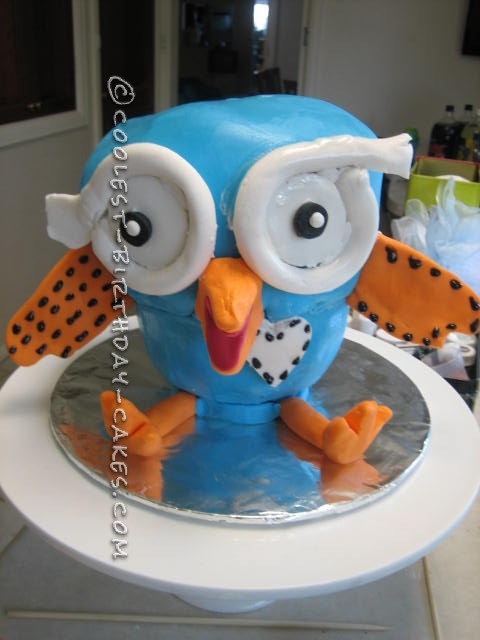 Using a Dolly Varden Tin I made the head for the Owl birthday cake – nothing fancy just a standard supermarket packet cake.  The challenge was to make it balance on a smaller upside down Dolly Varden Tin – this got too hard….so I used a small bowl covered in the icing and placed the cake … Read more 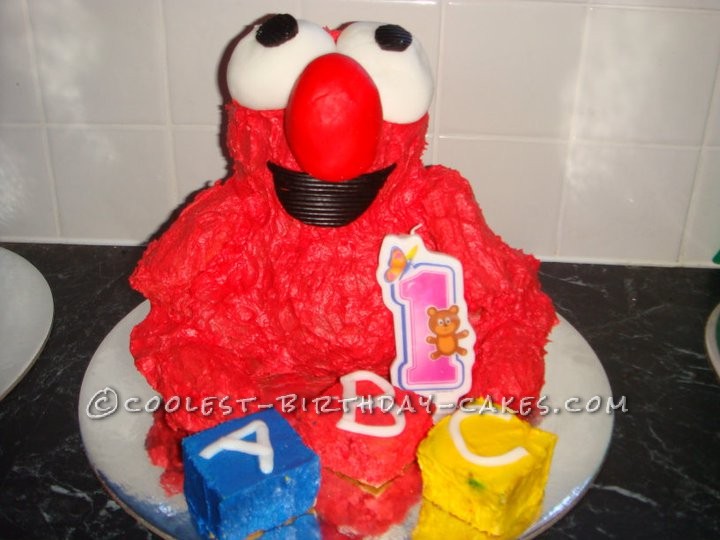 For my twins birthday cakes I made an Elmo birthday cake and a cookie monster cake. I used the Wilton 3D teddy bear cake tin which took about 3 packet mixes of butter cake. Once cooked and cooled I cut the ears and arms off the bear so I could put arms and longer legs on. I used sponge fingers … Read more 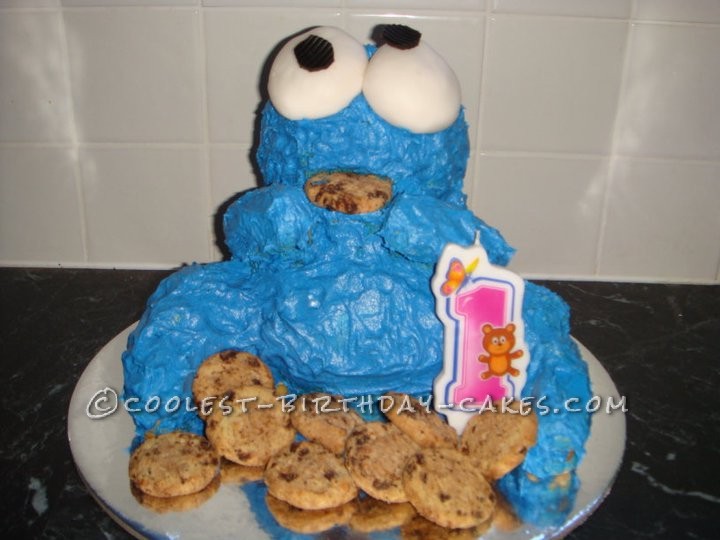 For my twins birthday cakes I made a Cookie Monster and an Elmo cake. I used the Wilton 3D teddy bear cake tin which took about 3 packet mixes of butter cake. Once cooked and cooled I cut the ears and arms off the bear so I could put arms and longer legs on. I used sponge fingers for the … Read more 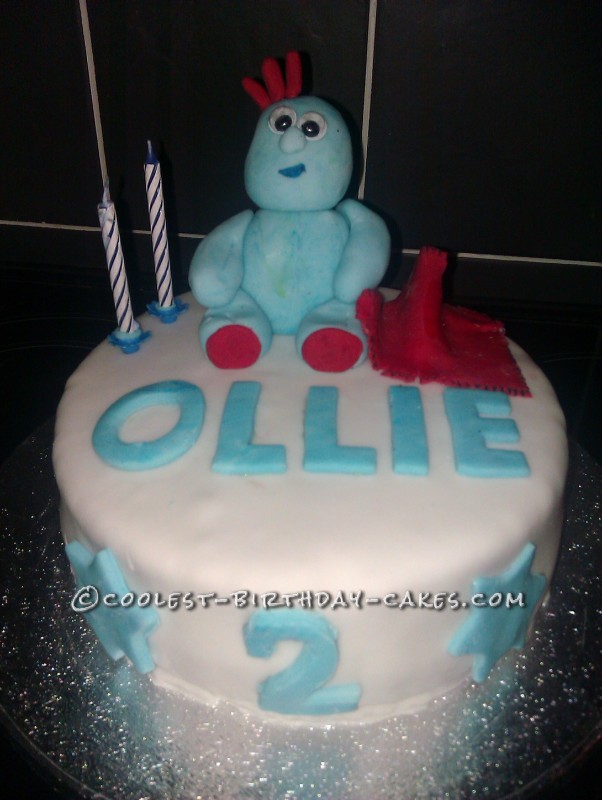 This cake i made for my son’s 2nd birthday who was mad on ‘In the night garden’. He absolutely loved it. It was my second cake ever, the first being his 1st birthday which i’ve also submitted! I got a couple of ideas off this site and then just gave it a go and this … Read more 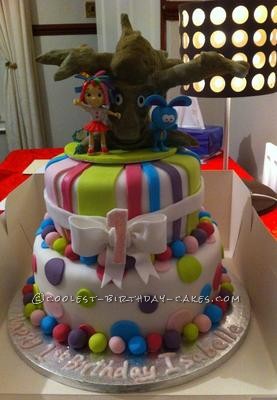 I started by making the cake topper which was a tree. I used a wooden skewer, placed this into my cake dummy and started winding wire around it and formed the branches of the tree. These were then covered in icing using fondant and flower paste until the tree was the design I wanted. It … Read more 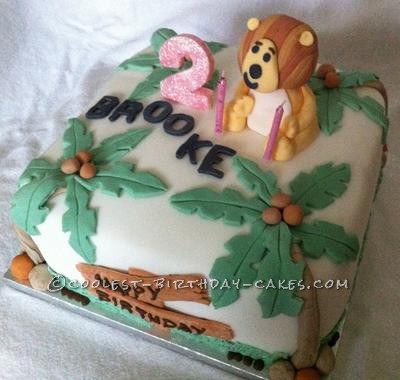 This cake is for our granddaughter who is 2, she loves Raa Raa the noisy lion, so this is what I decided to make for her. I started by making the model lion so this had time to harden. First I made a cone shape in a mustard color. I then attached some white roll out icing … Read more 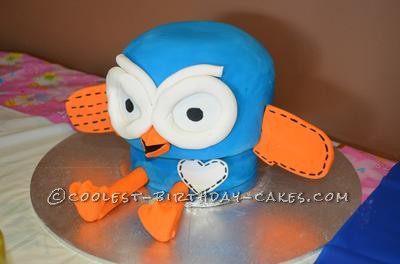 It was my baby daughter’s 1st birthday recently and she loves the Australian kids TV characters ‘Giggle and Hoot’. I was really unsure as to what to do for her cake but thought I’d take on the challenge of Hoot. I have an eggless chocolate cake recipe that I use regularly and because I was trying something so … Read more 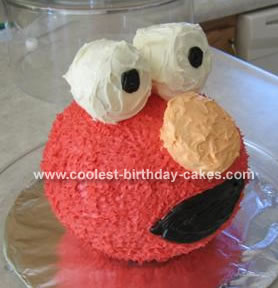 This was my first character cake, didn’t expect it to even turn out but I was pleasantly surprised. I just cooked two dome cakes with a Pyrex glass bowl. I used 2 boxes of cake mix and put 3cups in each bowl and then made cupcakes with the leftovers. Then I put them together and gave … Read more 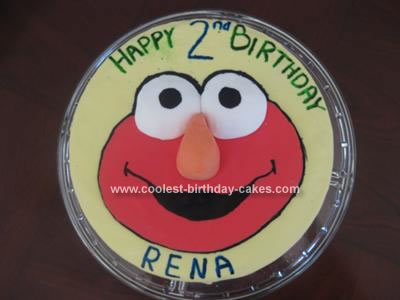 My little girl loves Elmo and has many Elmo toys. Since she likes Elmo so much, I decided to design and make my own Elmo Birthday Cake. This cake is a butter cake which is “hard” enough for the fondant to rest onto. I bought ready made fondant from supermarket, rolled it flat and cover … Read more 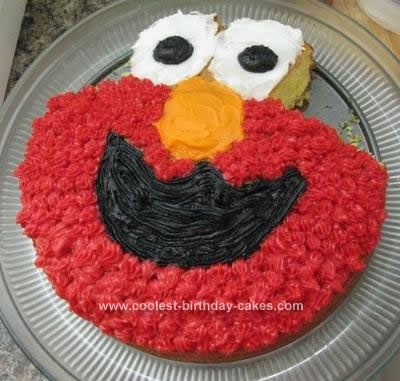 My daughter’s 1st birthday cake had to be an Elmo Birthday Cake, since she cheered every time he appeared on TV. I have never made a character cake before, and I just followed a picture I had of him. I used Wilson frosting red, black, white, and orange. Next, I used the star tip for his … Read more 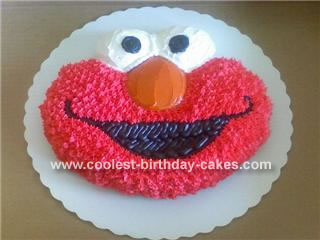 This is an Elmo cake that was made for a little boys 1st Birthday! I used the Wilton Elmo shaped pan. This was the first time that I had used a shaped pan and I love it! It made decorating so easy! I made sure to grease and flour just the bottom of the pan. … Read more