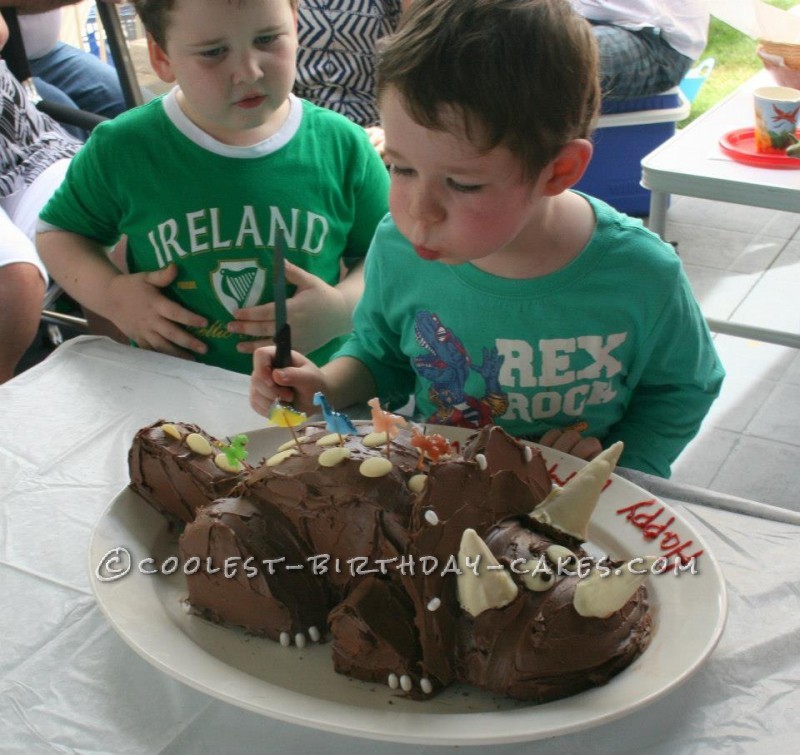 As many soon to be 5 year olds do, dinosaurs become a huge focus of interest. My son is on the Autism Spectrum so his focus has been pretty intense. A little trouble with his speech meant he could not pronounce Triceratops very well so 3 horns become the description. I scoured many websites until … Read more 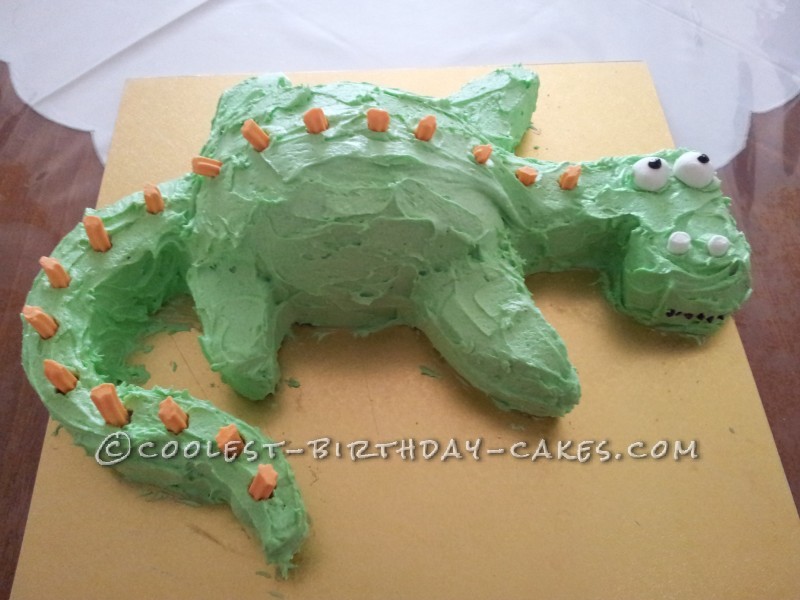 I made this easy Dino birthday cake from scratch for my Godson’s 4th birthday after looking through countless (and unhelpful) images on the internet. Such an easy cake to create. I used 2 simple butter-cake pkt cake mixes, and made 2 round cakes. I cut one of the round cakes in half, and sandwiched them together … Read more 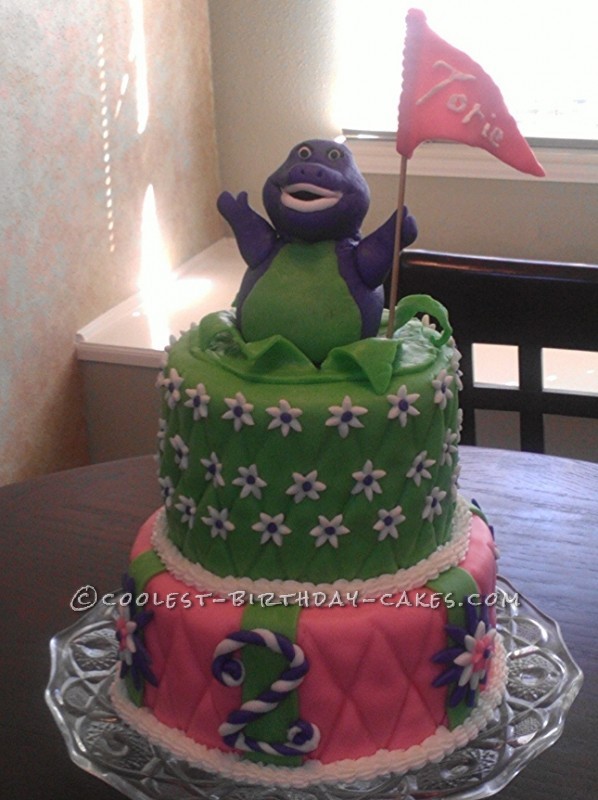 My daughter was really into Barney right before she turned two so of course I had to make her a Barney cake!  After scouring the internet for ideas I felt ready to tackle the project.  I baked two double round cakes in different sizes and cut a cake board to the size of the top … Read more 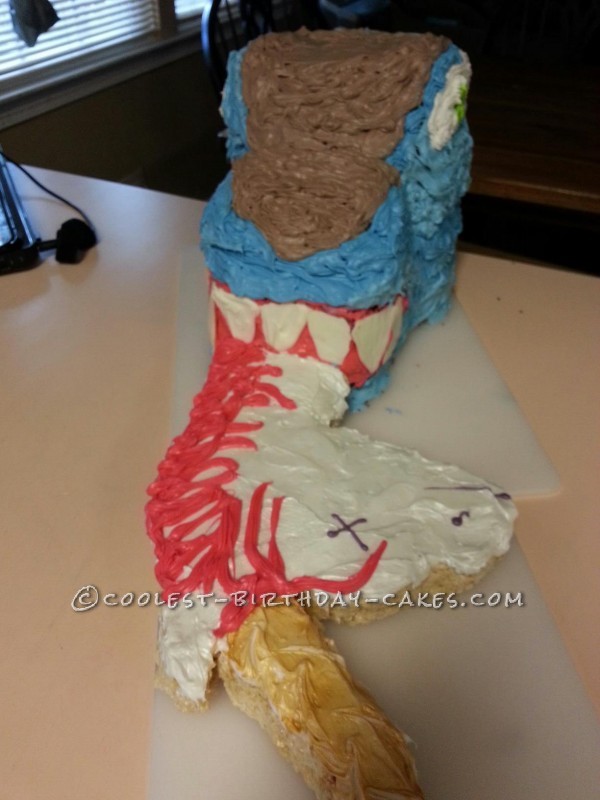 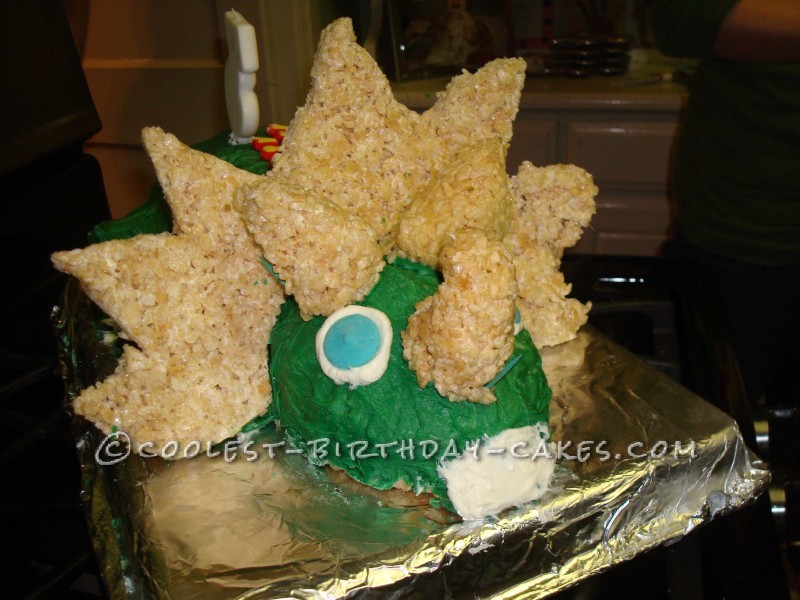 Like so many three year olds, my son HAD to have a dinosaur cake and stegosauruses were his favorite. His favorite color is green thus we have the green stegosaurus. For the body, I baked a chocolate cake in 3 round pans, let them cool, then cut them in half (into half rounds). I stood … Read more 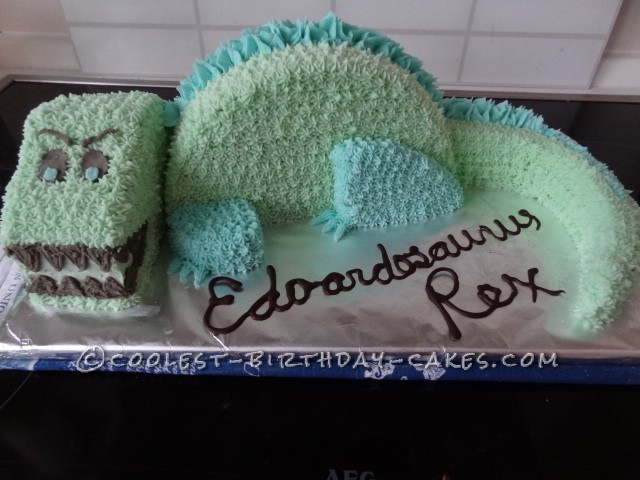 I made this edoardosaurus-Rex Dinosaur cake for a friend’s son who was turning 8.  I found ideas on the internet and ended up adapting a template for a dragon cake.  I used two round 8 inch white/butter cakes.  The body is one of those cakes cut in half and put together, the other cake was cut … Read more 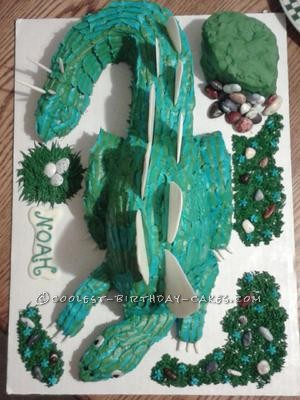 I made this 3D Dinosaur cake for my 3 year old nephew.  The inspiration came from looking at a lot of cakes online and tweaking the idea until it was what I wanted.  This particular cake is a stegosaurus, which is a leaf eater, but he looked a bit cooler with pointy teeth! I used a … Read more